source link: https://www.cultofmac.com/792052/airpods-pro-2-review-roundup-better-in-almost-every-way/
Go to the source link to view the article. You can view the picture content, updated content and better typesetting reading experience. If the link is broken, please click the button below to view the snapshot at that time. 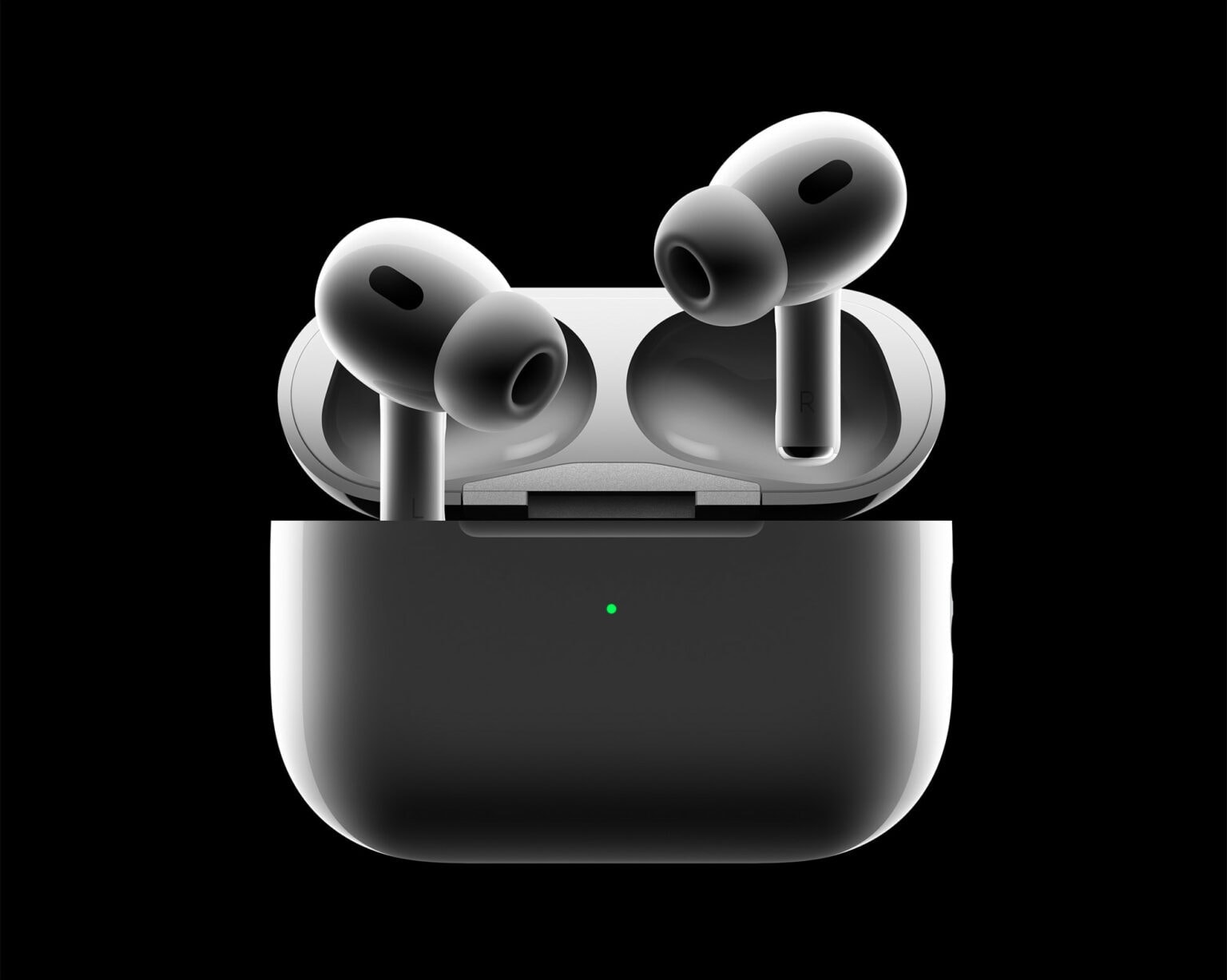 AirPods Pro 2 look pretty much the same as the original, but they're better in nearly every way.
Photo: Apple

Reviews of Apple’s new AirPods Pro 2 wireless earbuds with active noise cancellation (ANC) are rolling in. The overwhelming consensus? The design is only slightly changed from the first-generation buds, but almost everything else is improved, with a few minor caveats.

In short, given that the wildly popular AirPods Pro launched way back in 2019, it’s time for an upgrade for most people.

Reviews noted that Apple elected not to mess with a good thing. The original AirPods Pro were a huge hit for good reasons. So Cupertino stuck with basically the same design and made a range of improvements inside the buds, with the new H2 chip.

As The Verge put it, AirPods Pro 2 is  “destined to be a hit, even if the magic is waning.” There’s more competition now than in 2019 among high-end earbuds.

But Cupertino’s new top buds are among the best available, especially for those who dwell in the Apple ecosystem. And the unchanged price of $249, lower than some major competing buds, doesn’t hurt.

Improved in most of the ways that truly matter

“The second-gen AirPods Pro sound better. Their active noise cancellation is noticeably improved. You can now adjust the volume directly from the earbuds. And the charging case has gained a built-in speaker and pinpoint location tracking that makes it easier to find. Battery life is also slightly longer than before,” The Verge summed up.

Design and fit: If it ain’t broke, don’t, well, you know

Given that the design is largely unchanged, the experience of wearing AirPods Pro 2 is not much different from AirPods Pro. Apple said its new ear tips provide a better fit, and a new extra small size will be useful for some people.

To look at the new buds, you might be sure if they’re the first-gen or second-gen. The only visible differences are the addition of a AirPods 3-style skin-detecting sensor on each bud, plus a microphone vent that is now concave.

The skin sensors can tell when you take the buds out of your ears and pause playback, Laptop magazine and others mentioned. And they work well.

“The new skin-sensing wear sensors absolutely live up to their promise,” Digital Trends noted. “I tried to fool them with fabrics, plastics, leather, and metal, and none produced a false positive. And they pause and resume your tunes almost instantly as you pop them in and out of your ear.”

The same review said the largely unchanged design means AirPods Pro 2 are some of the most comfortable earbuds available, but they may not be as  secure as some others and may require more adjustment during activity like a gym workout.

The wireless charging case looks similar to its predecessor, too, but it has some visible changes.

It features a lanyard loop — lanyard sold separately, some reviews lamented — and a little speaker that “sends out a tone to indicate charging status, low battery, pairing or to help locate the case when misplaced,” Laptop said.

And inside, a U1 processor works with the Precision Finding aspect of Find My, so it’s harder to lose these new buds than the old ones.

Great audio quality, with some caveats

Reviews agreed Apple has achieved higher-quality sound across all frequencies with the new buds.

Also popular among reviewers is the new personalized spatial audio with head tracking that comes with iOS 16 (not exclusive to AirPods Pro 2).

But some reviews referred to certain competitors that may out-do Apple on top-shelf sound quality — especially for those using Android devices. More than one reviewer praised Sony WF-1000XM4 and Sennheiser Momentum True Wireless 3 earbuds, to name two prominent examples.

And along those lines, some reviews criticized Apple for choosing not to make some audio advances with the new AirPods Pro 2.

“Rumors about Apple making a leap to lossless or high-resolution wireless audio were unfounded,” The Verge said. ” The AirPods Pro stick to the tried and true AAC codec over standard Bluetooth 5.3.”

In other words, codec support sticks to SBC and the higher-res AAC but stops short of adding support for other high-res codecs, like Sony’s LDAC or Qualcomm’s aptX Adaptive.

“AAC operates well on iPhones, but not so well on Android devices,” Laptop said.

And while Bluetooth 5.3 is an upgrade over the original’s Bluetooth 5.0, Apple is not yet using it to its full potential.

“Not only has it declined to support Multipoint,” Digital Trends said, “it has also remained silent on other features like LE Audio, including the new LC3 audio codec, and Auracast for public Bluetooth broadcasts.”

Apple touted the new buds’ ANC as twice as strong as that of AirPods Pro. Reviewers don’t quibble with that, noting that it’s much improved. And yet it’s not necessarily better than what you find in some Bose, Sony and Sennheiser products.

However, the ANC works very well and the new Adaptive Transparency is a hit. It still does its job — cancelling some external sound while letting you remain aware of your surroundings — but it adds the ability to reduce loud sounds as they occur.

And the ANC works exceptionally well during calls, too. Reviewers noted the person on the other end could got their voice loud and clear but had no idea there were also passing trucks, people yelling and the like.