source link: https://finance.yahoo.com/news/tech-sentiment-feels-pretty-awful-which-is-a-great-sign-analyst-111551874.html
Go to the source link to view the article. You can view the picture content, updated content and better typesetting reading experience. If the link is broken, please click the button below to view the snapshot at that time.

Tech stocks sentiment ‘feels pretty awful, which is a great sign’: Analyst
with giants like Amazon, Apple
and Meta all down significantly 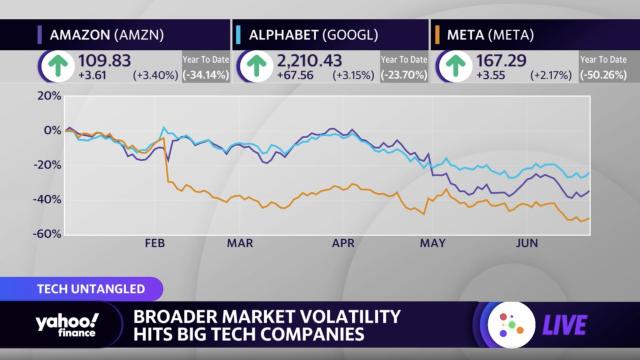 The brutal 2022 for stocks amid rising interest rates and soaring inflation has been particularly rough for technology-based growth stocks, and that could be an opportunity for longer term investors.

"Every rally we've seen in tech has been met with harder selling in a lower low," Jefferies Equity Research Analyst Brent Thill told Yahoo Finance (video above). "Right now, it feels pretty, pretty awful, which is a great sign."

For investors with a three- to five-year window, he added, now is a "pretty good opportunity" to dive into the tech space.

"If you think about [it]," Thill explained, "typically you want to buy when sentiment's terrible and sell when things are great. We're at one of those moments where everyone's saying how evil tech is and how bad it is, and everyone's running away from it." 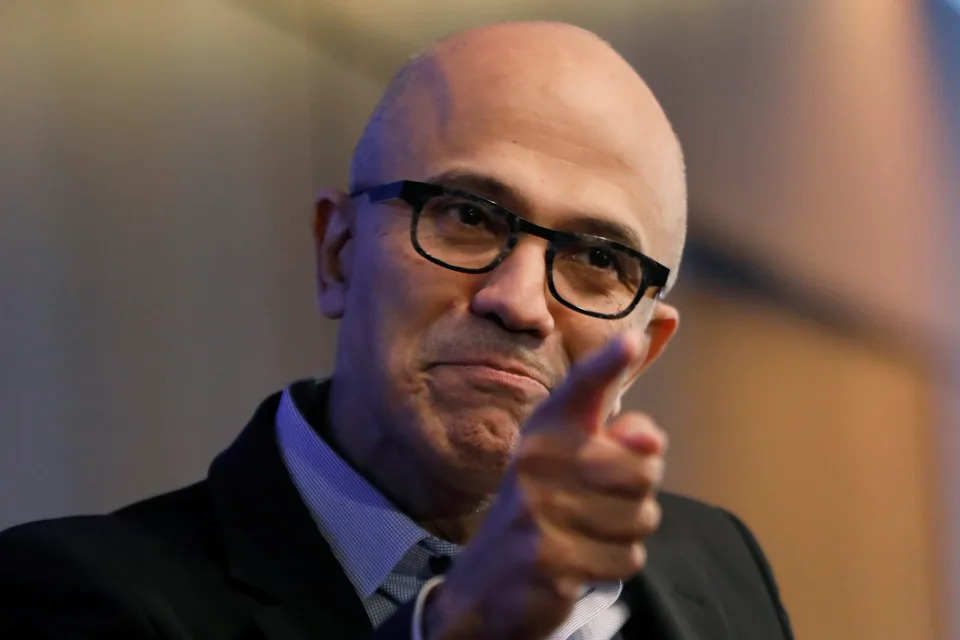 Many investors have flocked to the energy sector. And if and when that trade starts to falter, Thill added, it's "another key" for money to come back to tech.

"Every one of our clients went to a recession portfolio — owning energy, owning dollar store, owning Coke, Pepsi, McDonald's — and at some point, that trade reverses," he said.

The question, according to Thill: Will that weakness spread to enterprise companies?

Microsoft recent cut its guidance for fourth-quarter profit and revenue, suggesting to Thill that may be the case in the near term.

"[Microsoft] didn't say that the underlying fundamentals were terrible, but we worry about that potential that is a warm-up act for them to say '[Foreign exchange] has gotten more difficult, so is the fundamental business,'" Thill said. "So everyone's worried, and that's going to create a lot of worry going into the July quarter prints [and] for the June quarter end."