source link: https://electrek.co/2022/06/20/best-mid-drive-electric-bike-ride1up-prodigy-xr/
Go to the source link to view the article. You can view the picture content, updated content and better typesetting reading experience. If the link is broken, please click the button below to view the snapshot at that time.

The best mid-drive electric bike on a budget 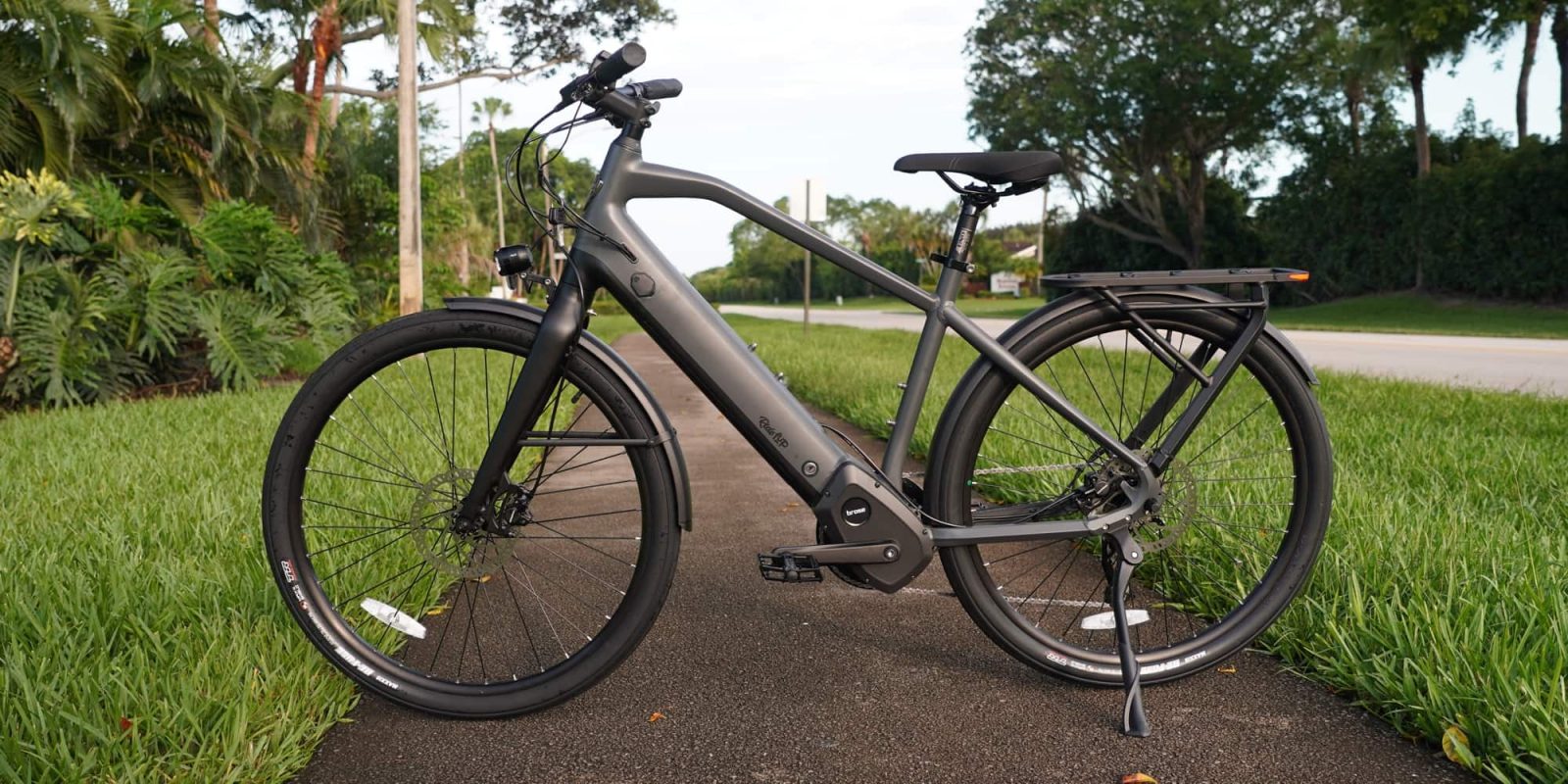 When it comes to mid-drive electric bikes – or e-bikes with the motor mounted near the pedals – you’re generally looking at a group of higher quality but also higher priced e-bikes. But with the Ride1Up Prodigy, though, we’ve finally discovered the best of both worlds: A high quality mid-drive electric bike complete with German-made motor yet that is still available at an affordable price.

And that’s why the Ride1Up Prodigy just may be the best mid-drive electric bike for anyone shopping on a budget.

Compared to hub motor electric bikes (that have the motor in the center of a wheel), mid-drive e-bikes are usually more natural feeling, more balanced and provide a nicer experience for those that actually like to pedal instead of just riding an e-bike like a motorbike.

The downside of mid-drive motors is that they are more expensive, which means that low-cost mid-drive electric bikes (under $2.5k or so) generally use lesser known Chinese motors instead of the costlier European mid-drive motors like Bosch and Brose. To get those nicer Euro motors, you usually have to spend well north of $3.5k or more.

But the Ride1Up Prodigy is perhaps the first e-bike to offer US customers both an affordable price (just $2,295!) and a great quality motor.

Check out my test ride video below to see the Prodigy in action – it’s worth it! Then read on for my complete written review! 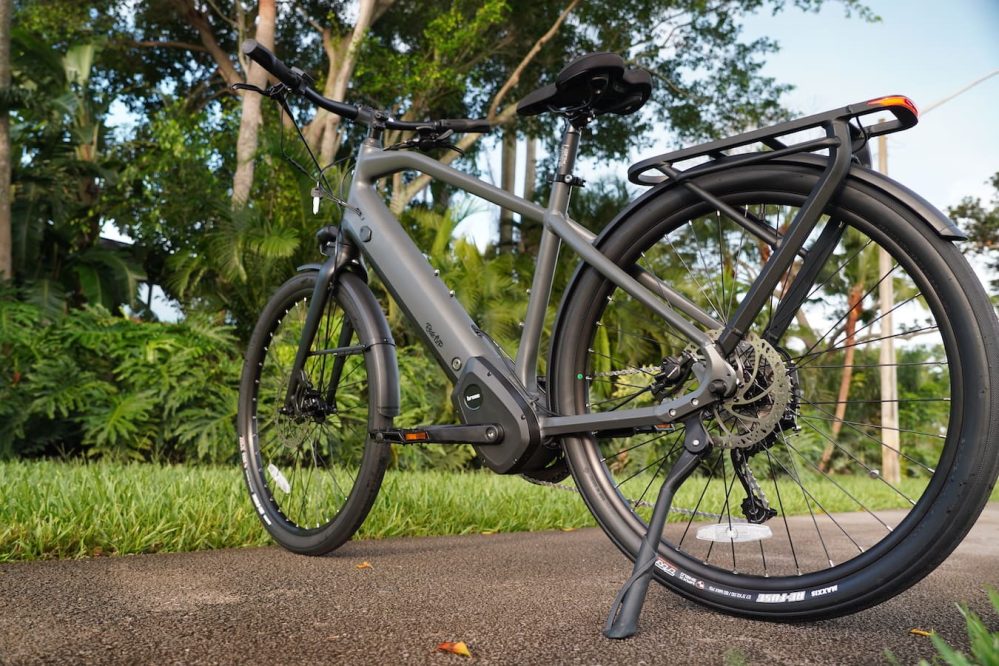 Ride1Up describes the Prodigy as “feeling so natural, you will forget it’s electric.” After having put some good miles on this e-bike, I can almost 100% agree – with one caveat.

The German-made Brose TF Sprinter motor feels so natural in large part because it uses a torque sensor to intuitively measure how hard you are pedaling and then apply power based on your own inputs.

It doesn’t feel clunky or laggy, it just feels like you’re stronger than you really are. When you push the pedal lightly, you get a little assist. When you push harder, the motor instantly kicks in harder. It’s you, but with more oomph. 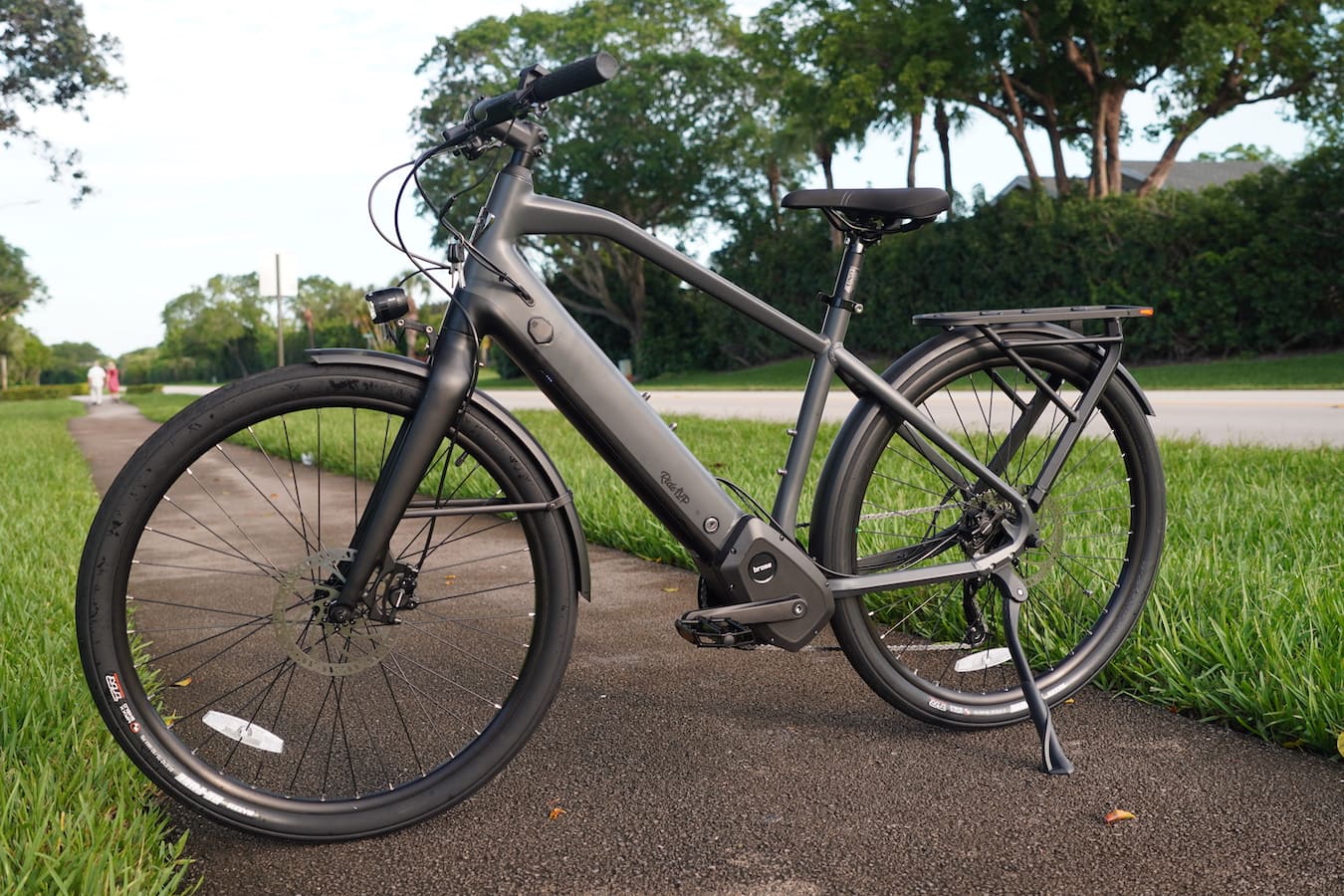 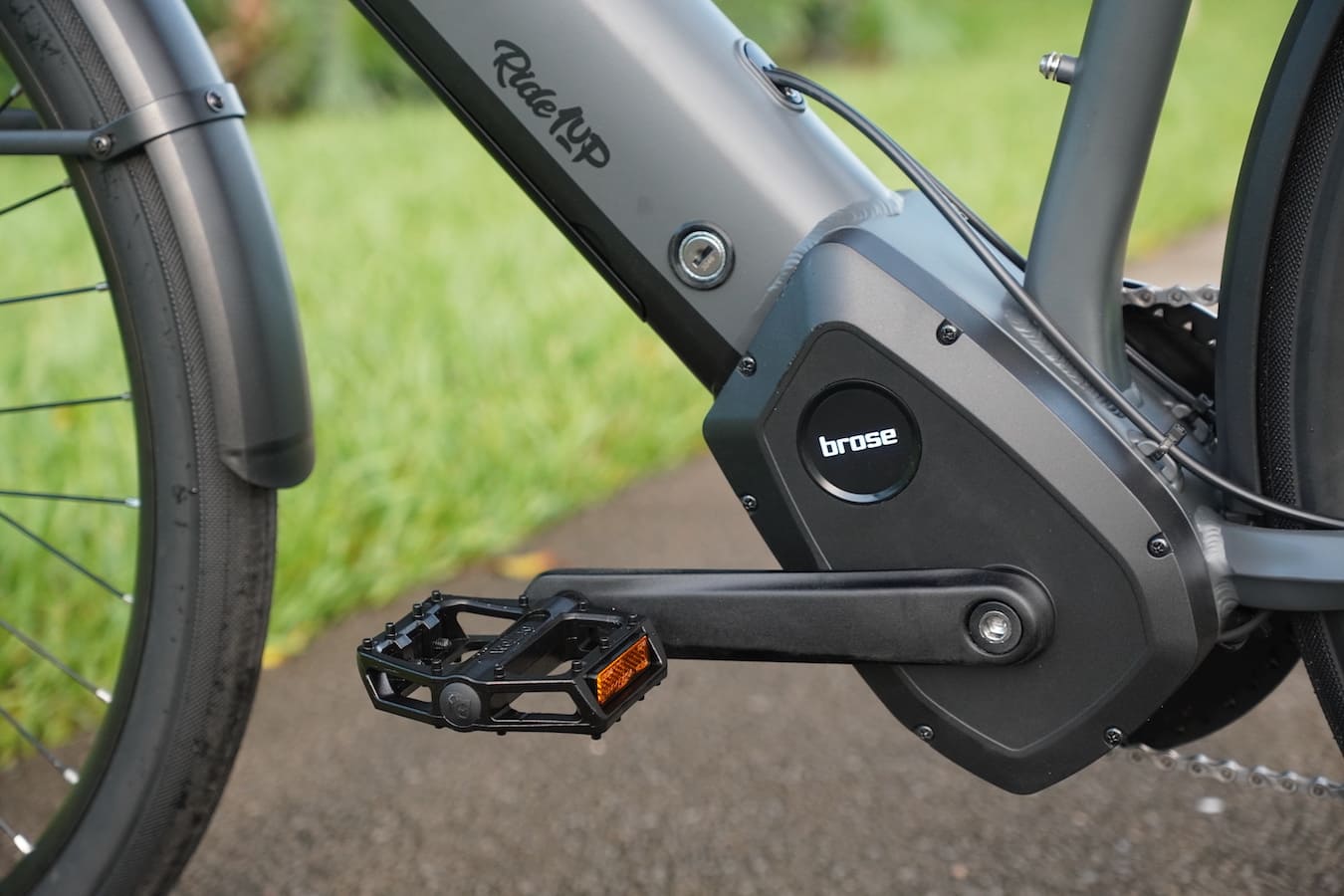 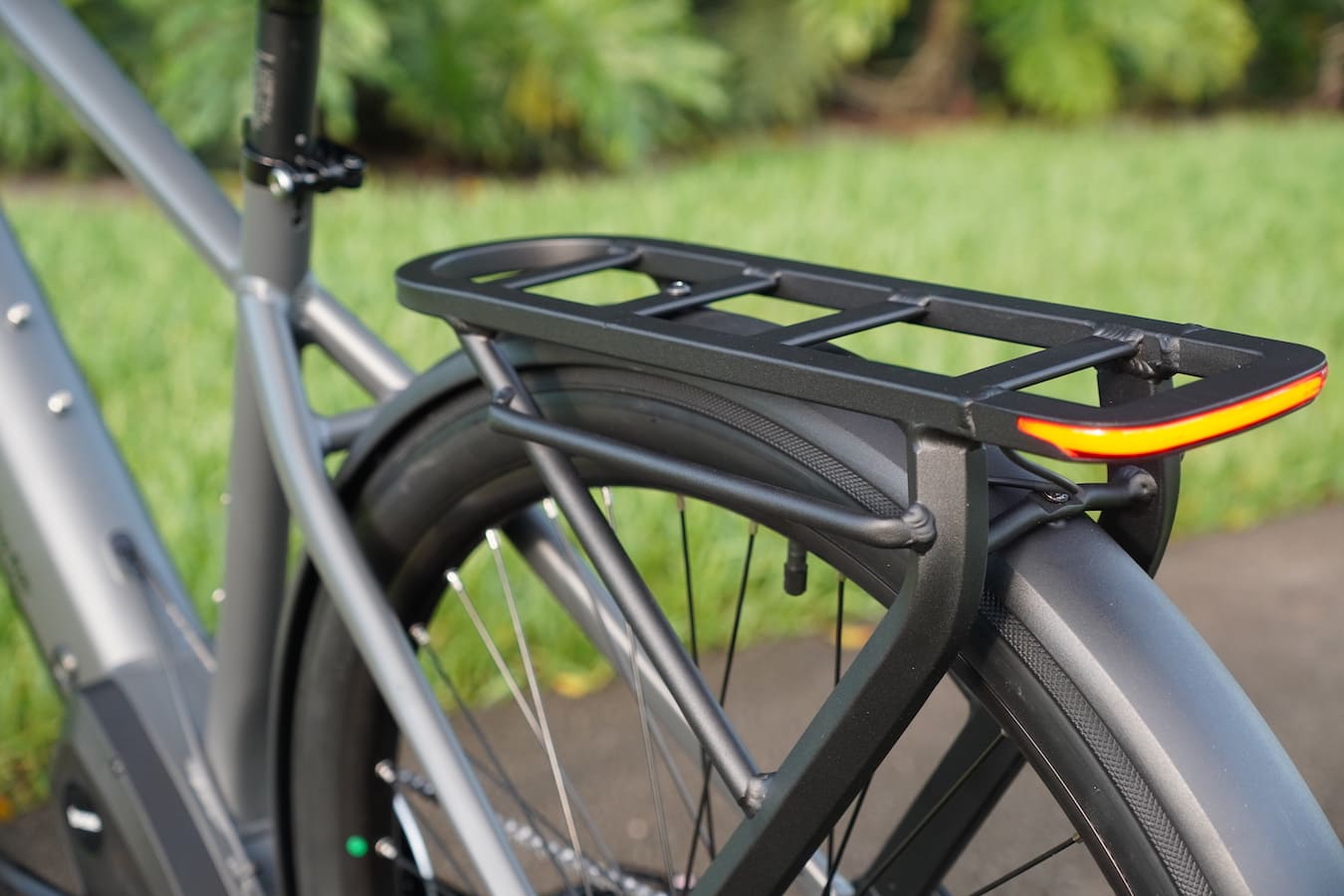 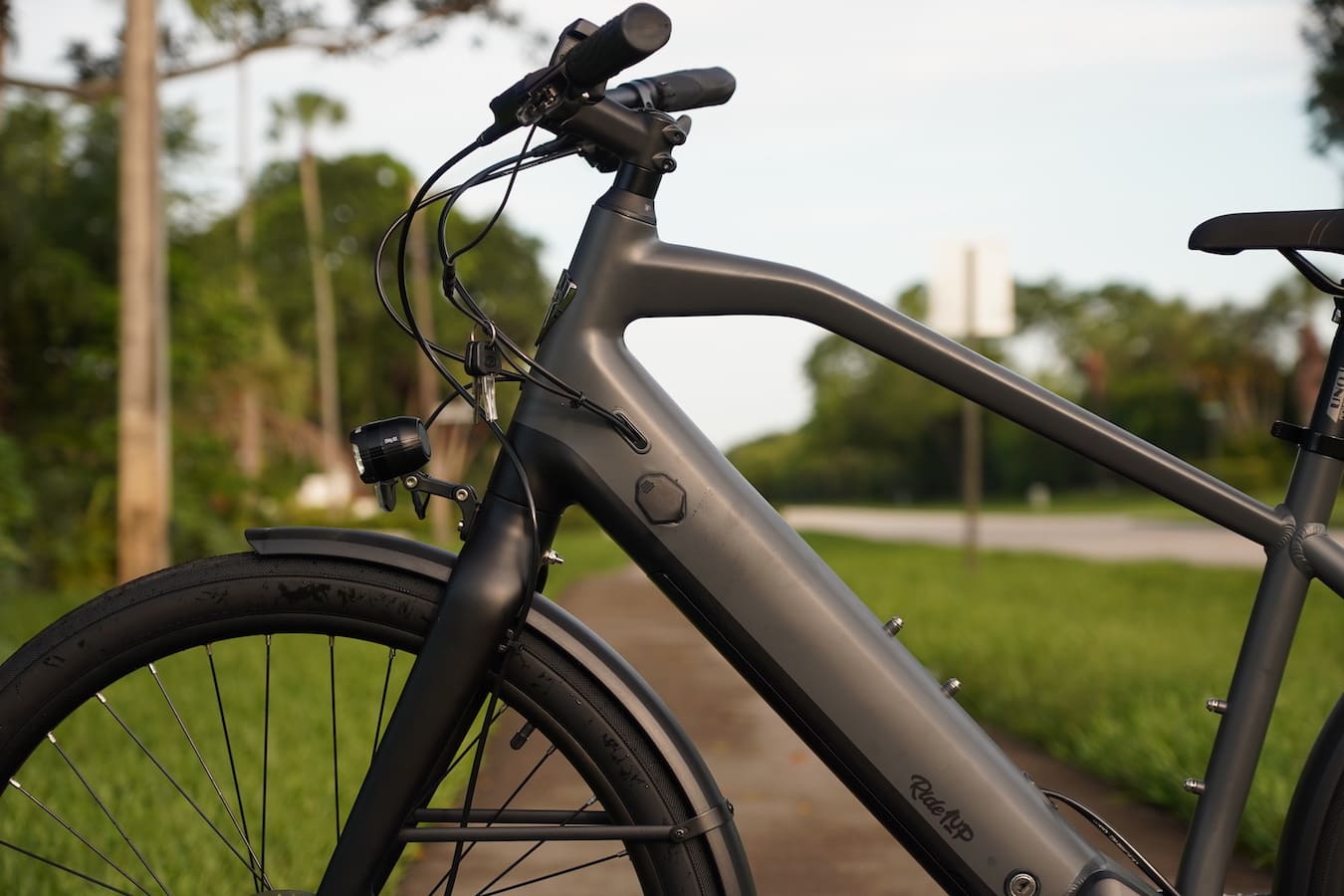 The other factor at play here is that the high quality motor uses internal belt reduction instead of toothed gears, meaning it is essentially silent.

Many e-bikes have perceptible gear whine from the motor, even though they’re still fairly quiet. But the Brose TF motor here on the Ride1Up Prodigy is so quiet that you don’t even know it’s there, adding to that natural feeling of the bike.

As I mentioned, though, the Ride1Up Prodigy has some serious power that won’t allow you to forget that it’s offering you palpable assist. Don’t let the silly “250W” label fool you; they have to put that on European-made motors to meet local e-bike laws. This thing puts out way more true power, as evidenced by its 90 Nm torque rating.

That’s enough to get you flying up to 28 mph (45 km/h) quite quickly! You’ll need to put in some good effort on your own, as it’s only going to give full power assist when it measures that you’re also pressing decently hard on the pedal. But when you’re ready for the extra boost, the Ride1Up Prodigy will deliver! 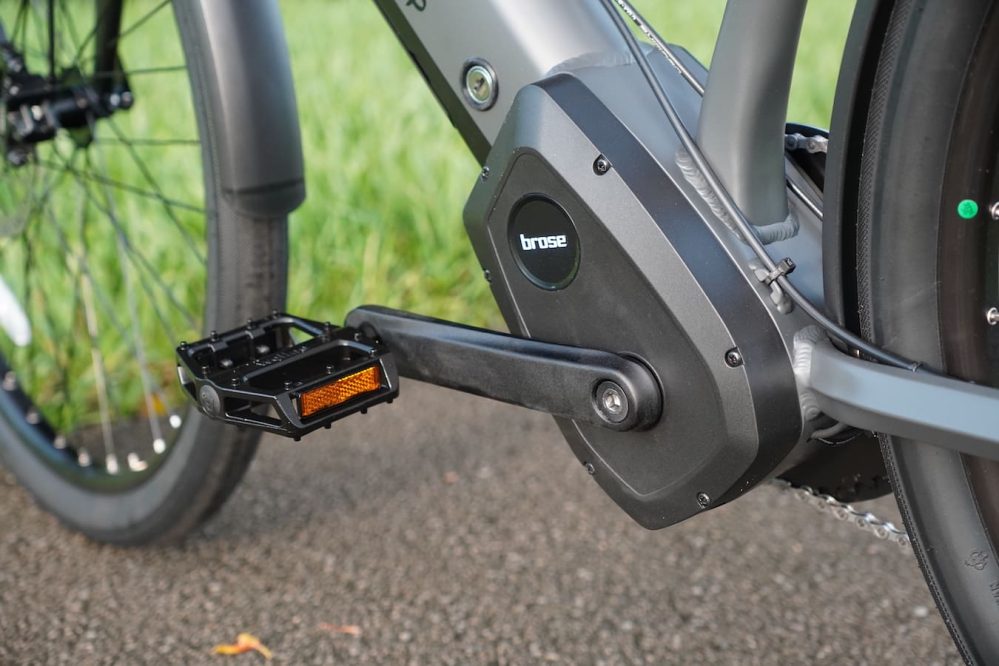 The 36V and 14Ah battery provides 504 Wh of capacity, which translates into somewhere around 30-50 miles (50-80 km) of range. If you’re riding all the time in the highest pedal assist level, you can find your way under 30 miles. Or if you stick to level 1, you can actually get over 50 miles. But somewhere in that range is where most people will settle most of the time.

The lack of a throttle may be a bummer for those that like knowing they can rely on motor power alone at the end of a long ride (or who are just feeling a bit lazy in the morning), but it also helps improve the range.

Since you have to pedal at least somewhat, you’re always helping the motor – even slightly. That means a modest 500 Wh battery will always give you more range than you may be used to on a throttle-controlled electric bike. 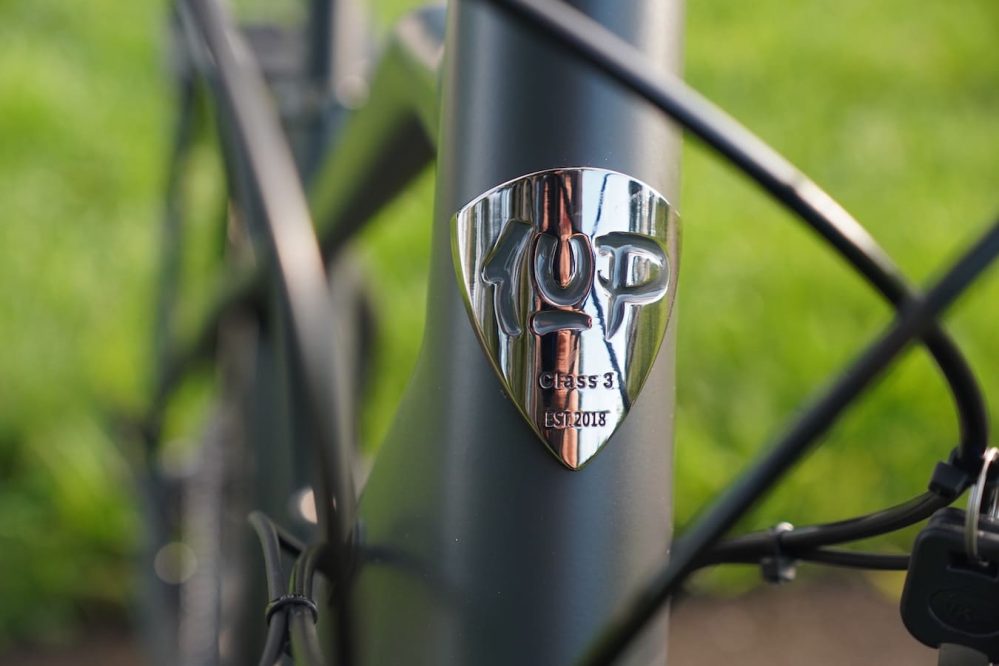 What type of riding is the Ride1Up Prodigy good for?

From my experience, the Ride1Up Prodigy electric bike feels like a dual purpose commuter/leisure e-bike. The high quality parts make it great for either type of riding.

The nice components include hydraulic disc brakes, a higher-end Shimano Alivio transmission than we see on many e-bikes (with 9 speeds instead of the common 7), a comfortable Selle Royal Viento saddle, included aluminum fenders combined with a stylish rear rack, built-in LED lighting (including rack-integrated rear tail light), and that beautiful color display from Brose.

With all these great parts, the bike both looks and feels a step or two above most other mid-level and budget-class electric bikes. And of course you can feel the difference in the ride. 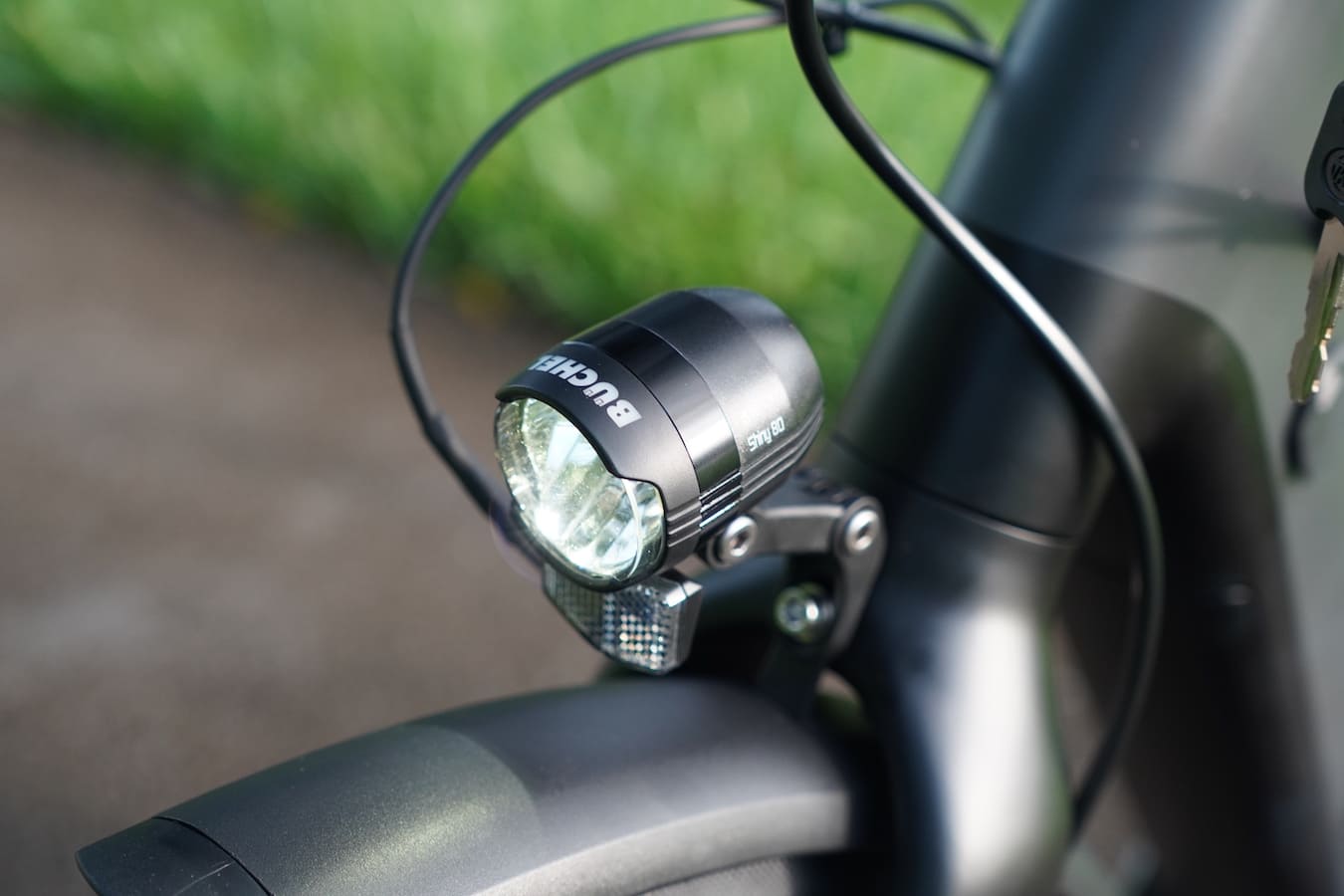 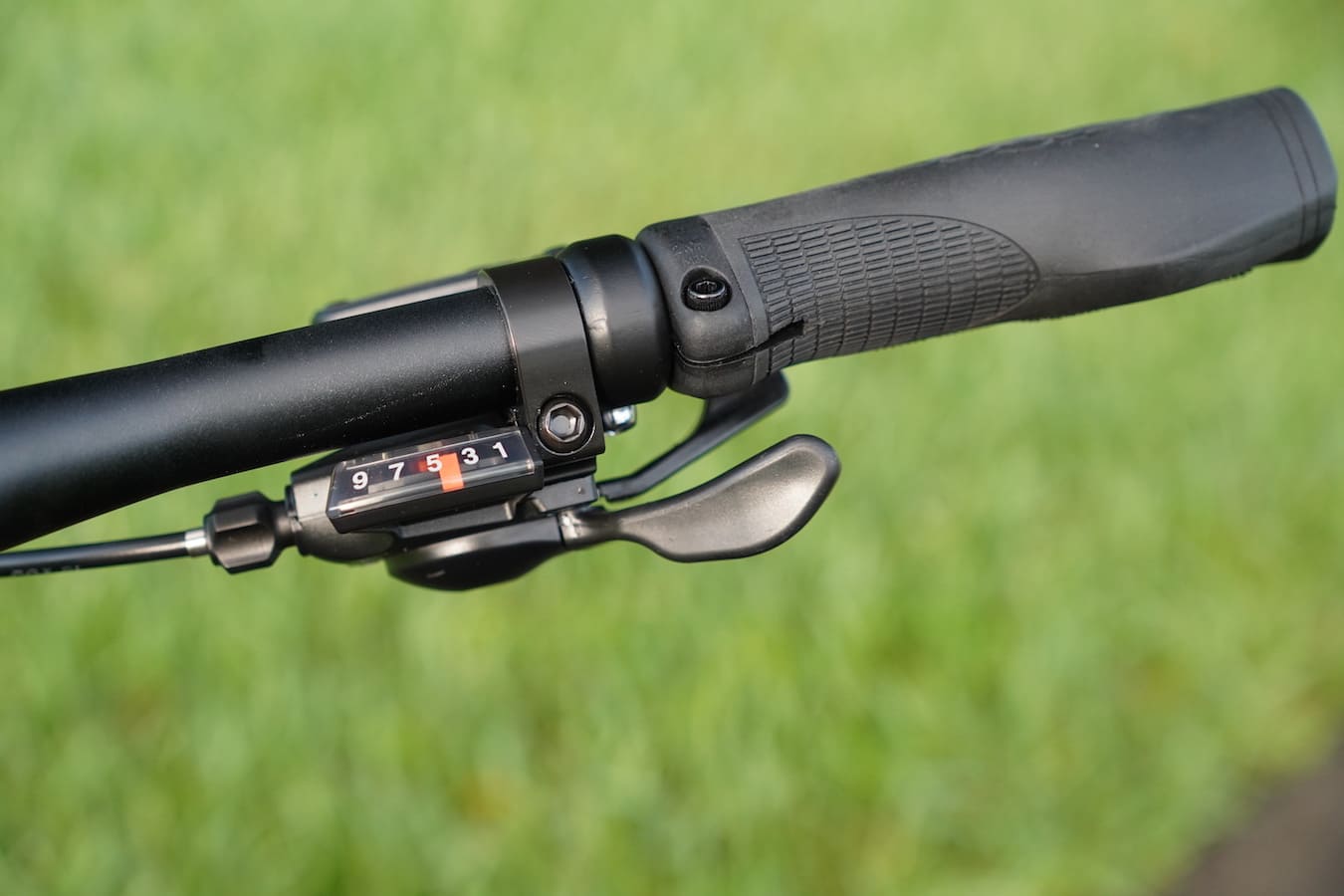 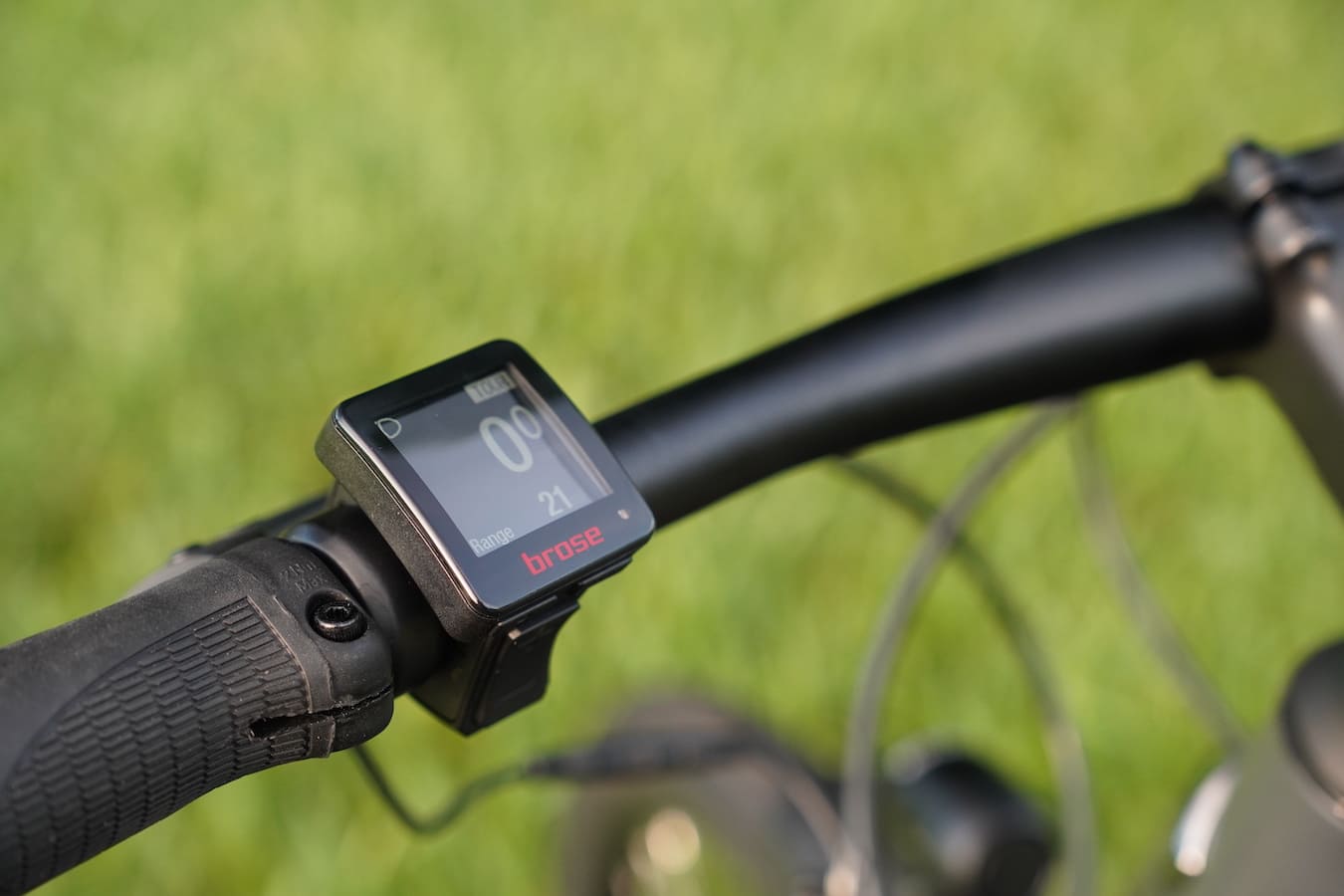 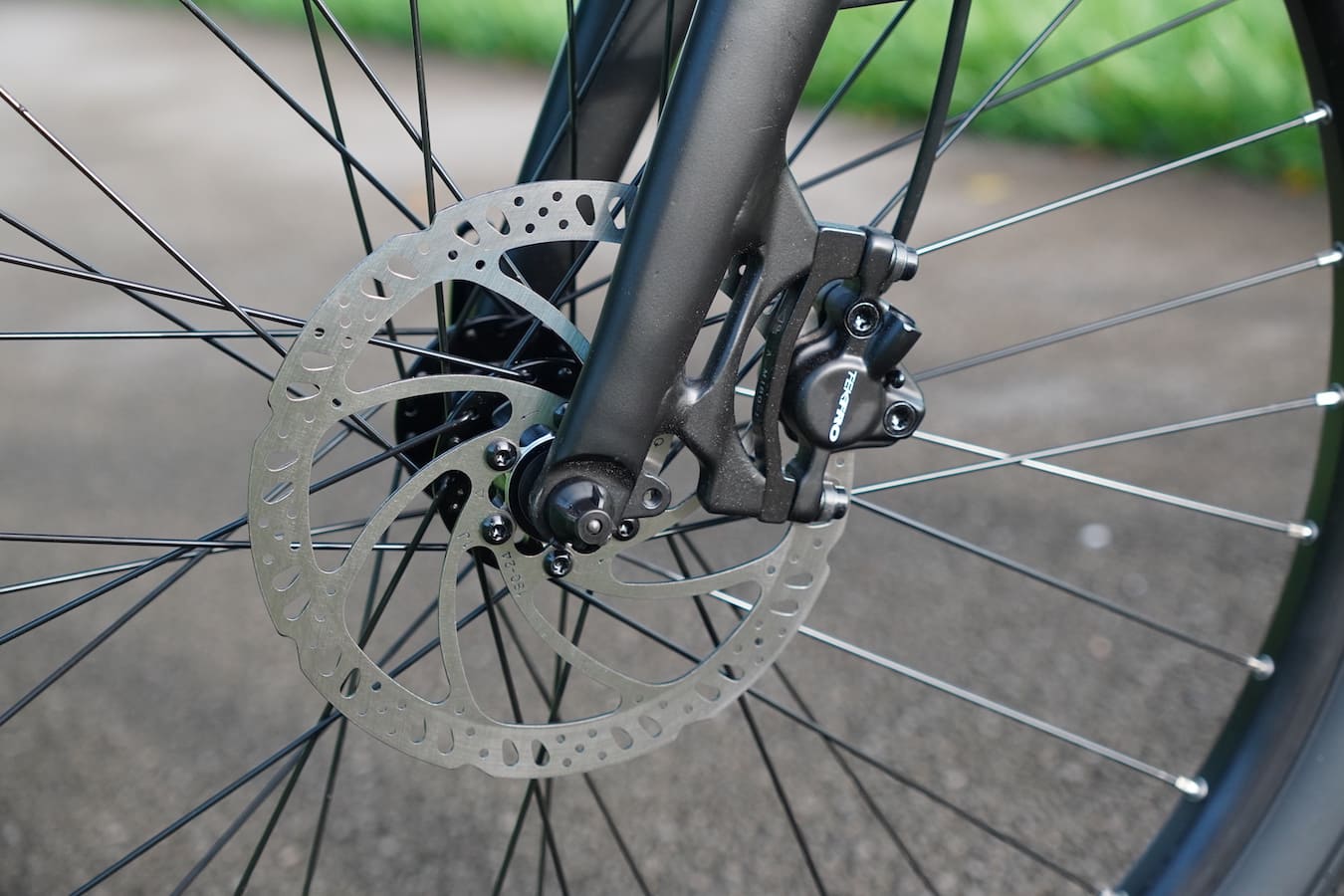 I should note that I’m testing the Ride1Up Prodigy XR, which is the step-over street version that is also available in a step-through frame (that’s the Prodigy ST). There’s also an XC version that is a cross country bike, which makes it more of a trail bike than a true mountain bike. But it does swap the rigid commuter fork for a suspension fork as well as update the gearing a bit, plus it subs in some trail-ready tires in place of the slicker street tires.

If you think you’ll be riding more nature trails and single track than streets, the XC is probably the right choice for you. It will of course work great in the bike lane too, but would be much better for anyone heading off-road.

Priced fairly for what you get

At a current price of $2,295, the Ride1Up prodigy is incredibly fairly priced.

That might seem high considering most of the company’s other e-bikes fall in the $1,300-$1,600 range, and they even have a couple models right around $1,000. But keep in mind that you’re getting a much higher-end drivetrain here, not to mention several other nice components.

That German-made motor doesn’t come cheap, but it’s worth it. Brose motors are renowned for their quality and smoothness. Then it gets paired with a great Shimano Alivio transmission (or ‘great’ by us normal e-biker standards – I’m sure some lycra-bois will tell me it’s nothing compared to a Shimano XTR 12-speed). Then consider those hydraulic disc brakes, custom designed rack that looks great and holds the tail light right in the metal to protect it, the comfortable seat, included full-metal fenders, etc. There’s just a lot going on here that will take the average commuter or leisure e-bike rider to the next level, getting a bike shop e-bike experience for an online e-bike price.

I don’t say this lightly when I call the Ride1Up Prodigy the best mid-drive electric bike on a budget. It’s an awesome deal for an awesome riding e-bike. 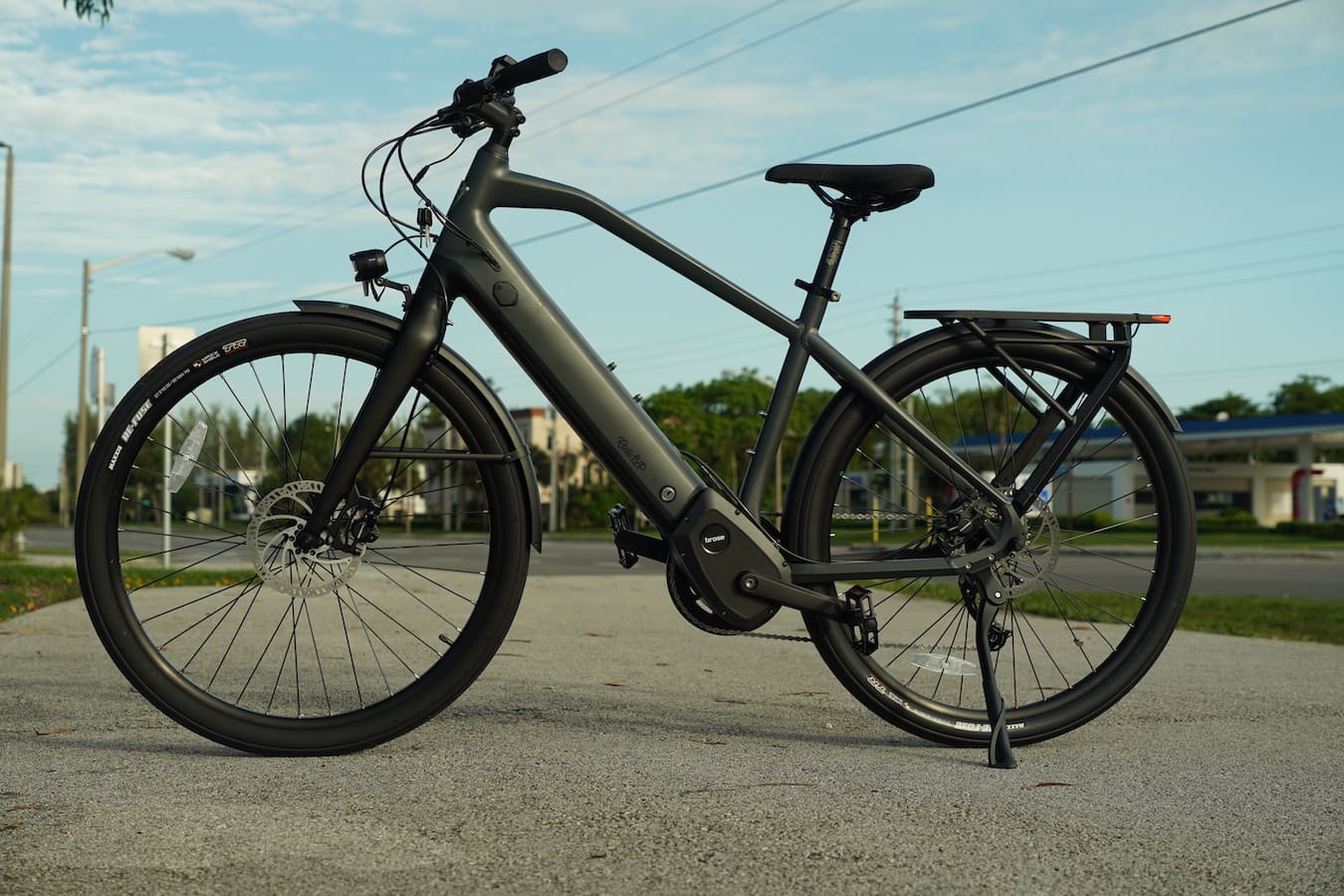 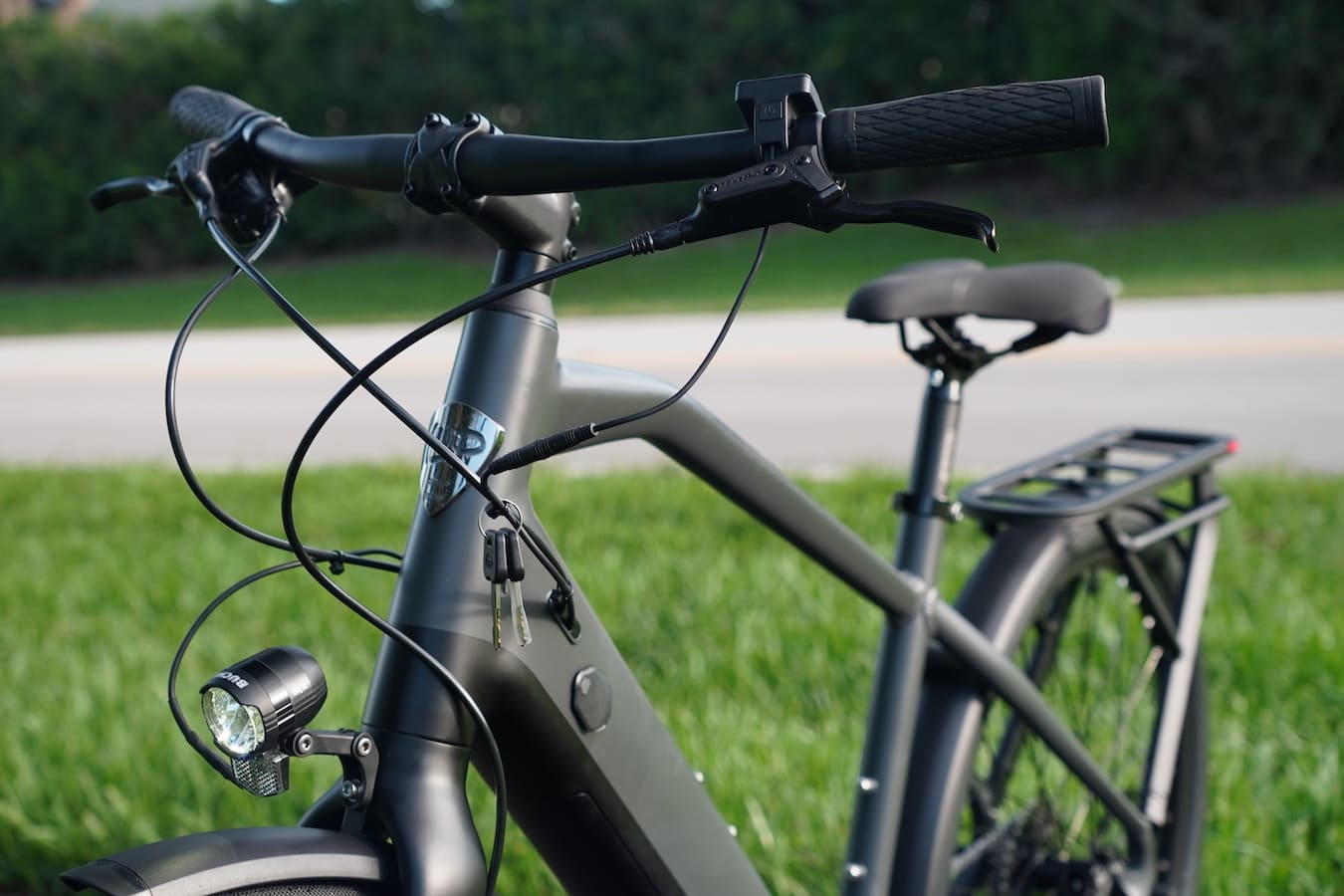 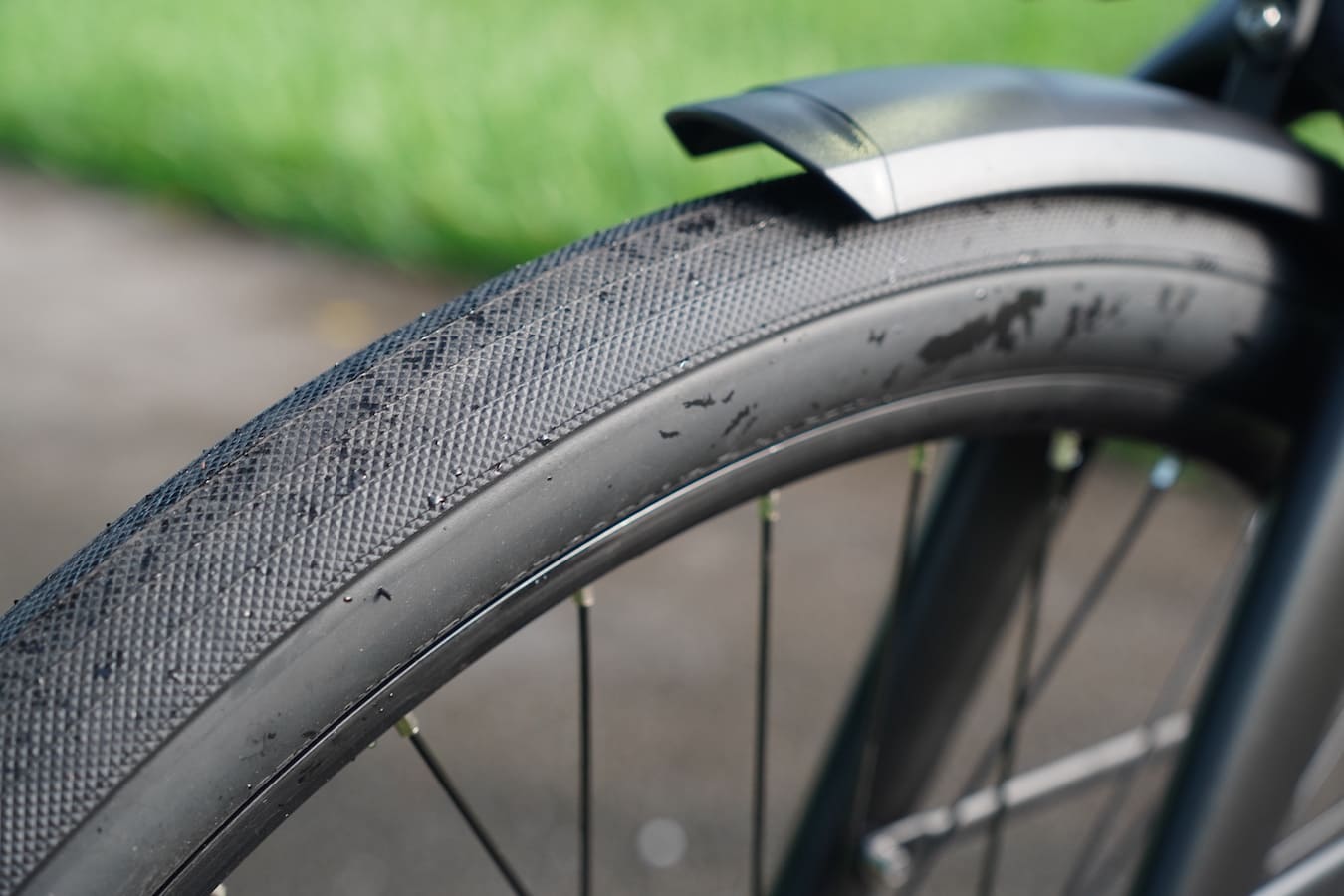 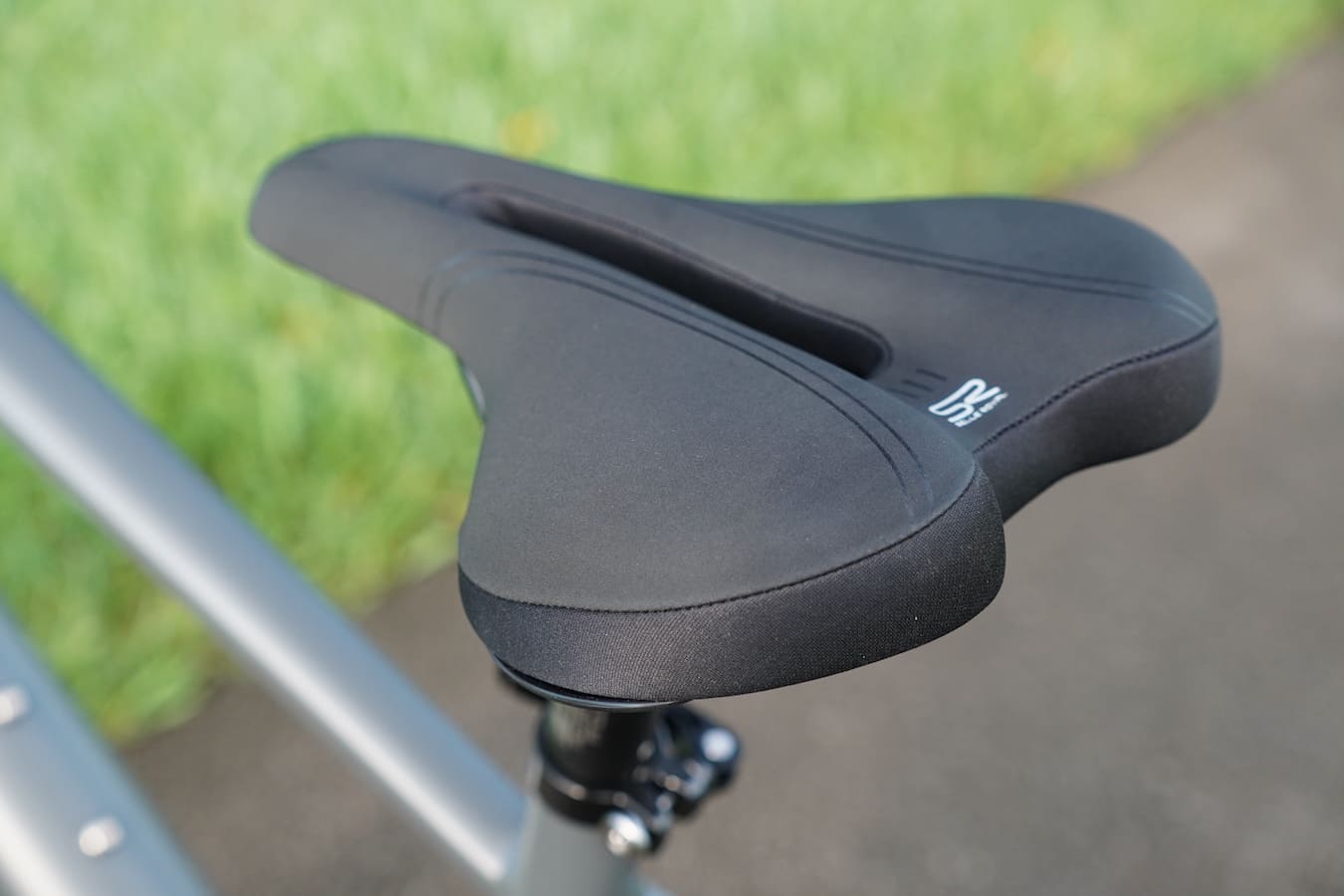 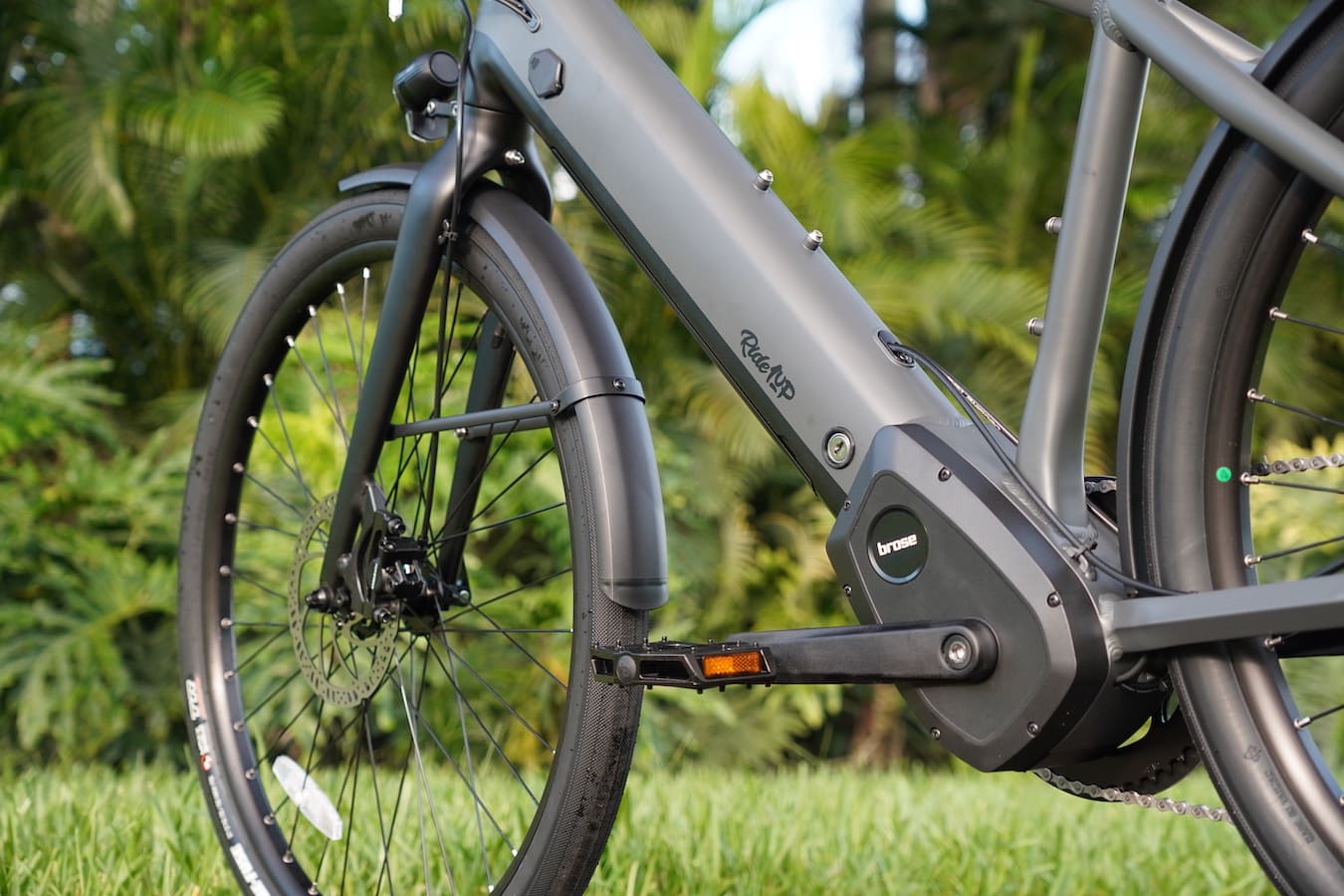 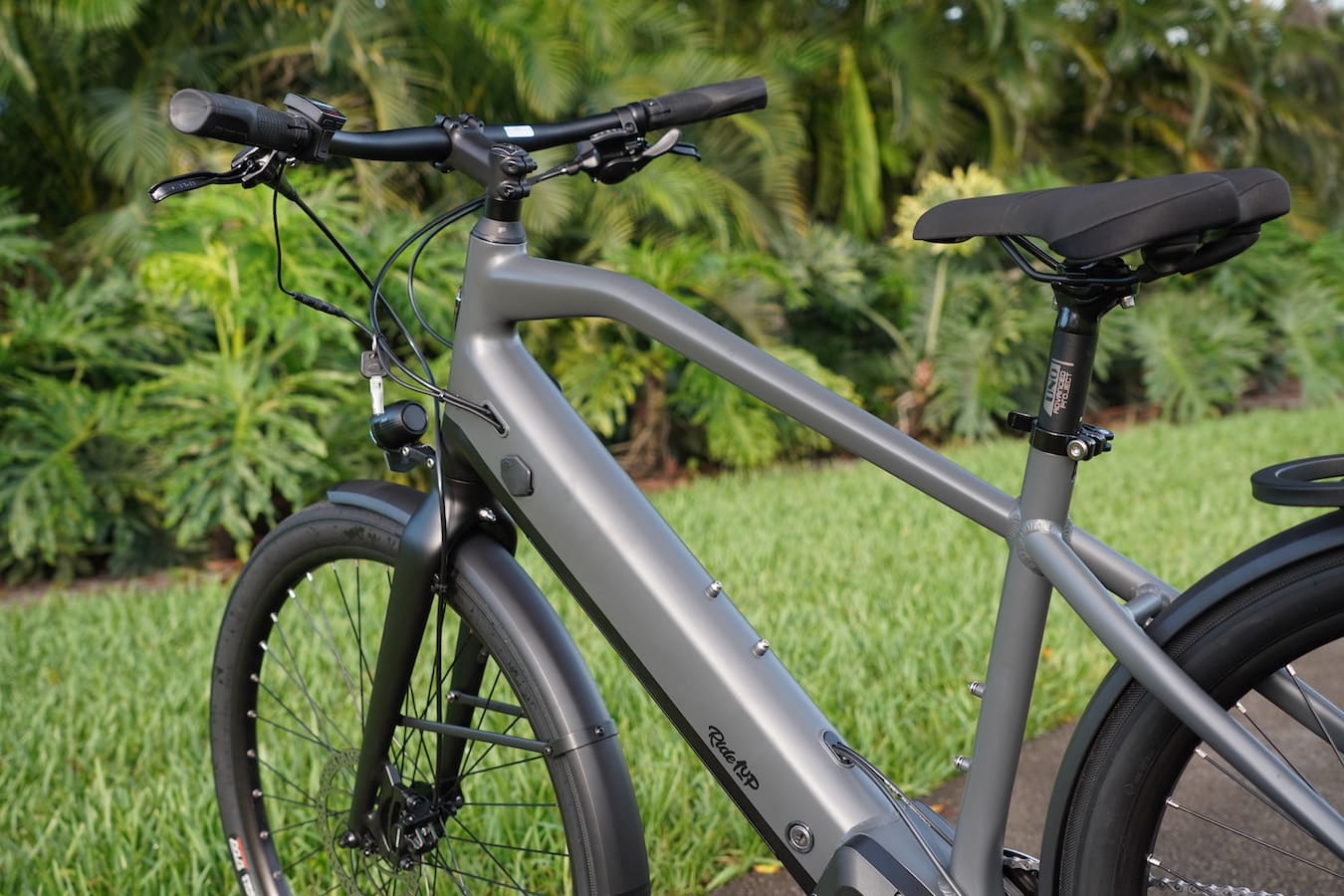