source link: https://uploadvr.com/loco-dojo-unleashed-gets-quest-party-support-new-unlockables/
Go to the source link to view the article. You can view the picture content, updated content and better typesetting reading experience. If the link is broken, please click the button below to view the snapshot at that time.

A new update for VR party game, Loco Dojo Unleashed, will make getting into matches much easier.

Set to release at 10am PT today, the VIP Party Update will introduce Quest Party functionality. This’ll make it easier to jump into the game with friends from other apps etc. It’ll also give you more control of getting into games from the Quest mobile and web apps. There’s also a streamlined quick match option for Four Round Fury if you want to get into the game as fast as possible. 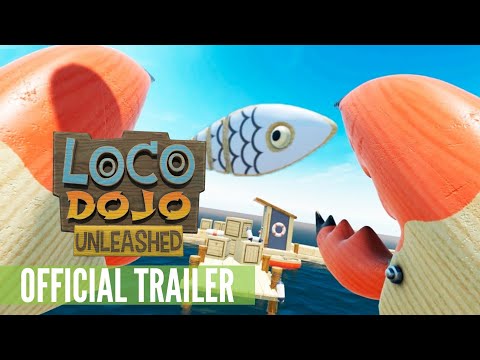 Speaking to UploadVR, developer Make Real confirmed that more updates were in the works, too. “Moving forwards, with some of the changes to how accounts and app access works, we wanted to ensure families still have a way to play together easily,” the studio’s Sam Watts said. “Whilst not as fully engaged as each household member having a headset and playing together in a tournament, we’re user testing a fun pass’n’play mode right now that brings a new way to play together locally, competitively.

We thought Loco Dojo Unleashed offered enjoyable minigame action when it launched on Quest last year. “Loco Dojo doesn’t rewrite the rules on the party game format, but it successfully finds the fun in adding VR to that template,” we said. “Its best games are brilliantly entertaining explorations of the different kinds of experiences the platform offers and, although it has some structural issues, tournaments move with a pace that makes them easy to jump into and tempting to replay time and again.”

Are you going to be trying out Loco Dojo Unleashed’s new updates? Let us know in the comments below!