How to get the latest HomePod software update

source link: https://www.cultofmac.com/765721/how-to-get-the-latest-homepod-software-update/
Go to the source link to view the article. You can view the picture content, updated content and better typesetting reading experience. If the link is broken, please click the button below to view the snapshot at that time.

How to get the latest HomePod software update 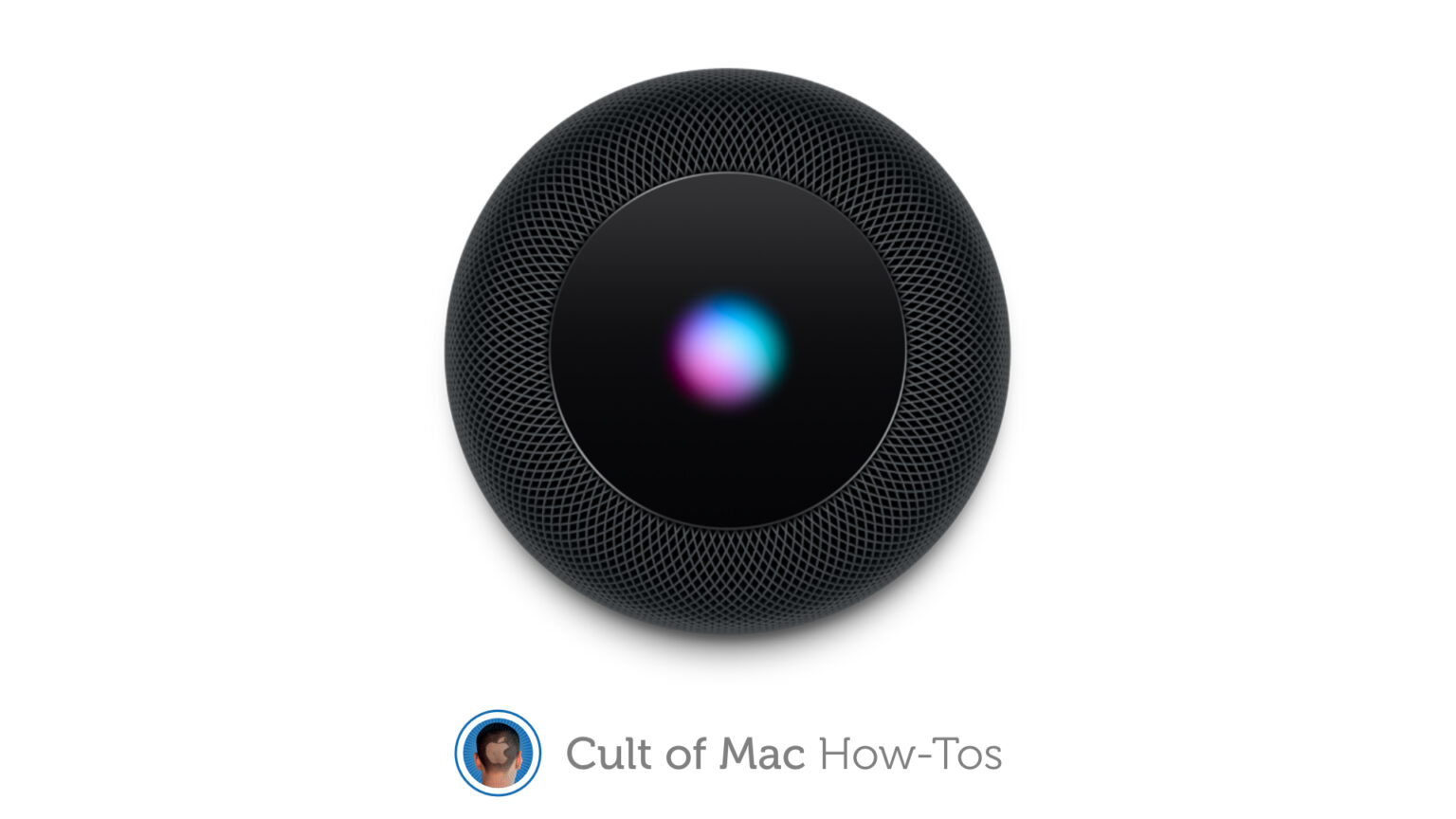 Here’s how to be sure you have the latest HomePod software update. Or stop your smart speaker from updating.
Image: Killian Bell/Cult of Mac

Your HomePod is a lot more than a simple speaker — it’s a whole computer. And like any computer it has an operating system that needs occasional updates.

Here’s how to make sure your Apple smart speaker has the latest software version.

A bit of background on HomePod Software

It’s apparently a variation of Apple TV’s tvOS that’s been specially modified for this smart speaker. This makes sense — both are focused on multimedia playback, support Siri, and don’t have to worry about cellular-wireless connections.

And new HomePod Software versions generally come out when Apple TV is updated. iPhone and iPad updates are usually introduced at the same time. And all of the version numbers are in lockstep.

How to update your HomePod’s software

Currently, your Apple smart speaker should be on HomePod Software Version 15.3. This is true whether you own an original HomePod or HomePod mini.

The new version debuted in late January, on the same day as tvOS 15.3 and iOS 15.3. It includes improvements for users in India or Italy.

You can be sure your device has this version in just a few steps.

Apple will give you a cheery “All accessories are up to date” message if you’re caught up. To check for yourself, tap on Updated Recently and you’ll get a description of the last version released.

But if you aren‘t caught up, you’ll see an Update Available message instead. There’ll be an Update All button next to this. Press it to see what the new version is and start the installation process.

Set HomePod to (not) update automatically

By default, your smart speaker is set to automatically install the latest HomePod Software. If you don’t want to tinker with updating this device, you never have to think about it again.

Just be aware that automatic updates don’t start immediately. Based on personal experience, it can be a few days after the software release before your device gets the update. If you’re someone who likes to be sure you’re running the latest software on all your devices, you can always go in and request an immediate update by following the steps above. The best time to check is right after an tvOS or iOS update gets released.

Or there’s the exact opposite scenario. If you are happy with your HomePod now and don’t want to take the chance that a bad software update will muck it up, you can turn off automatic updates. It’s easy. 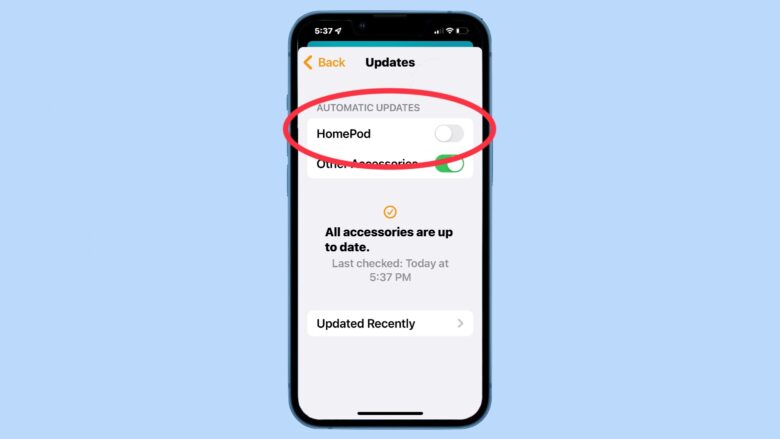 You can turn on or off automatic HomePod software updates with a simple toggle switch.

You might also consider doing this for Other Accessories that are updated from the Home application.

Just don’t forget you did this. By toggling off automatic updates, you’ll never receive another one until you manually request it. You might be shutting yourself off from useful features coming in the future.