source link: https://www.cultofmac.com/766492/iphone-13-whips-samsung-galaxy-s22-in-performance-tests/
Go to the source link to view the article. You can view the picture content, updated content and better typesetting reading experience. If the link is broken, please click the button below to view the snapshot at that time. 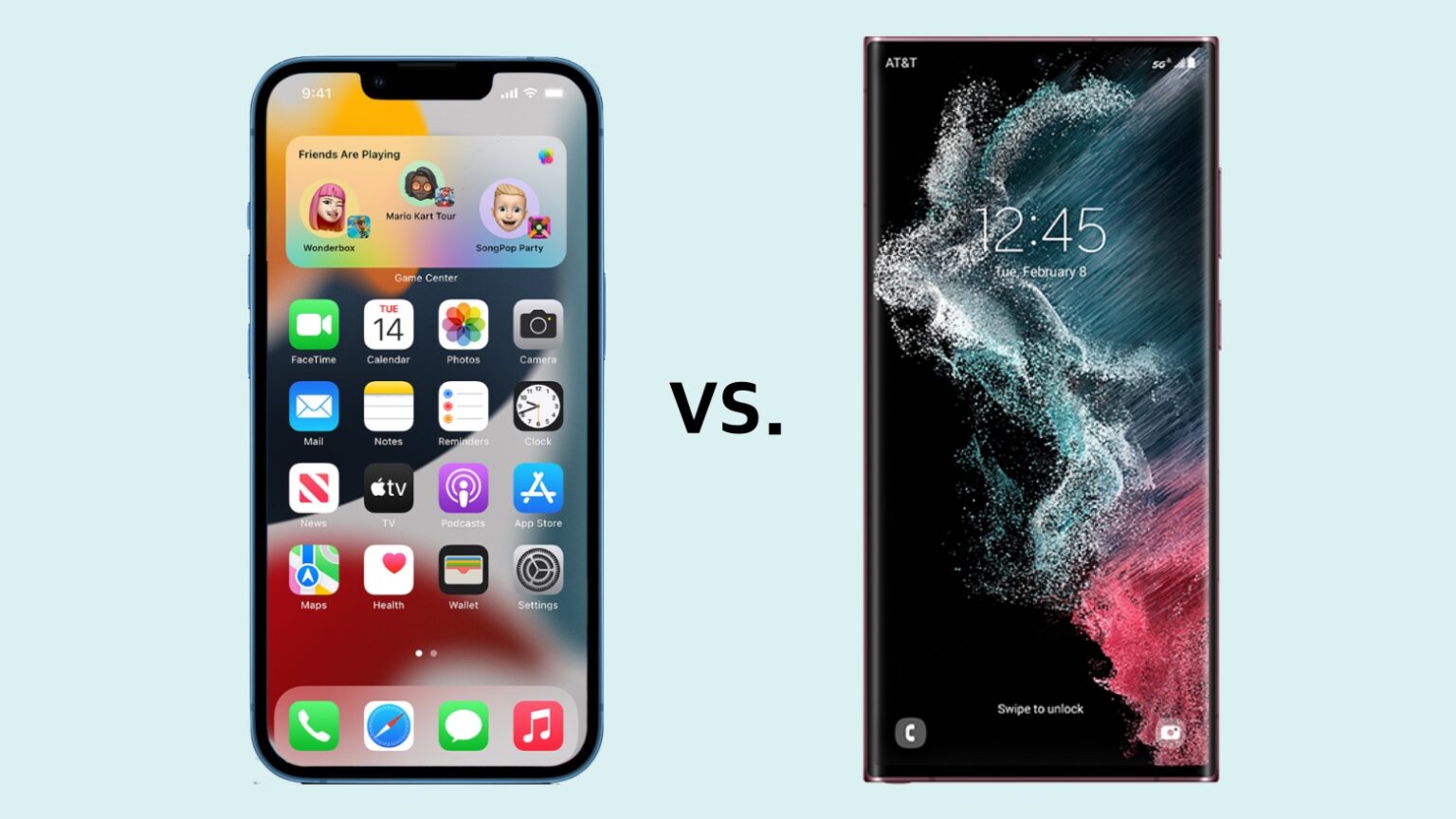 No doubt about it, the iPhone 13 is way faster than the Galaxy S22.
Photo: Ed Hardy/Cult of Mac

The Samsung Galaxy S22 has the best chip available for an Android smartphone, but it can’t keep up with Apple’s A-series processor in the iPhone 13 series. Apple’s flagship solidly beats Samsung’s new top-tier models in benchmark tests. It isn’t even close.

And this is despite the iPhone 13 coming out months ago.

The wraps came off the Galaxy S22 series a few days ago, and Samsung spent almost no time during the launch event talking about the Qualcomm Snapdragon 8 Gen 1 processor at the heart of the three new models. Now we know why.

PCMag tested the S22 series with the cross-platform benchmark tool Geekbench 5, and found that last year’s iPhone 13 is up to 47% faster than the new Androids.

In a head-to-head contest, the iPhone 13 Pro Max came out 35% faster than the Samsung Galaxy S22 Ultra in multicore performance. The iOS device also solidly beat the entire S22 series in single-core performance and in Geekbench 5’s Machine Learning Score.

In addition, Segan points out that the A15 processor and the Safari web browser give the iPhone nearly double the Basemark Web score of the S22 and Google Chrome. This online text benchmarks web browser performance.

Samsung does its best against Apple

After losing the performance battle, there isn’t any area where the new Samsung flagship models are clearly better than Apple’s. True, the 6.8-inch Galaxy S22 Ultra is marginally larger than the 6.7-inch iPhone 13 Pro Max, but there’s no S22 model that can compete in size with the 5.4-inch iPhone 13 mini.

Comparing the cameras between the top-tier Android and iPhone isn’t easy because both have areas where they are superior to their competitor.

Both devices are equally waterproof.

The S22 series is so new there has been insufficient time to test its battery life. But most models in the iPhone 13 series have been praised for their battery life.