source link: https://www.allaboutcircuits.com/news/light-activated-hydrogen-sensor-inspired-by-butterfly-wings/
Go to the source link to view the article. You can view the picture content, updated content and better typesetting reading experience. If the link is broken, please click the button below to view the snapshot at that time.

Once again, researchers have turned to natural phenomena to drive advances in electronics—this time, in hydrogen sensors.

While there's a high demand for hydrogen gas (H2) sensors for industrial processes controls, leak detection, food, and medical applications, there are many hurdles standing in the way of achieving sensors with high sensitivity and low limit of detection (LoD) toward H2.

In a study recently presented in the journal ACS Sensors, researchers from Melbourne’s RMIT University have demonstrated that light-assisted amperometric gas sensors with sensitive layers based on palladium-decorated titanium dioxide (TiO2) long-range ordered crystals can achieve much better hydrogen gas sensing performance as low as 10 and up to 40,000 parts per million.

Harvesting Energy from Light, Not Heat

The RMIT team’s sensor is made up of tiny spheres known as colloidal (or photonic) crystals. According to the researchers, the hollow shapes of these crystals are very similar to the miniscule bumps that are found on the surface of a butterfly’s wings, and they’re “ultra-efficient” at absorbing light. 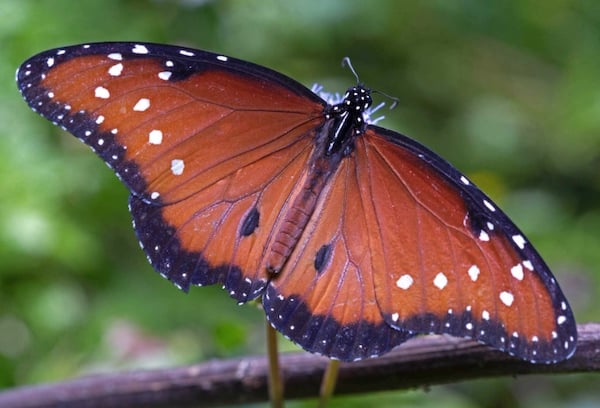 This enables the sensor to harvest all the energy it needs from light rather than heat.

To make the sensor, the researchers first covered an electronic chip with a thin layer of photonic crystals and then a titanium palladium composite. When hydrogen reacts with the chip, the gas is converted into water, creating an electric current. The sensor measures the magnitude of the current to deduce how much hydrogen gas is present. 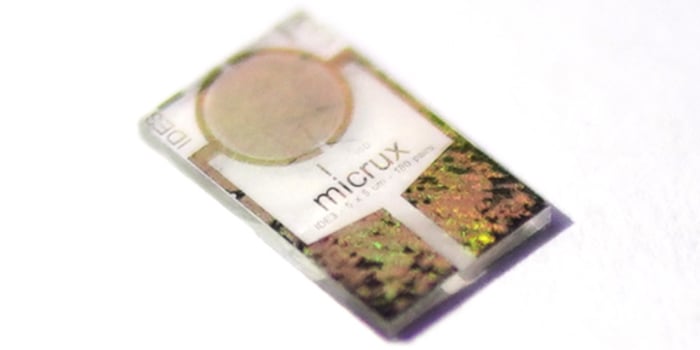 To create the sensor, researchers covered an electronic chip in thin layers of photonic crystals and a titanium palladium composite. Image used courtesy of RMIT University

PhD researcher and first author Ebtsam Alenezy said the sensor was safer and cheaper to run than commercial hydrogen sensors. “Having a consistent structure, consistent fabrication quality, and consistent results are vital—and that’s what nature has delivered for us through these bioinspired shapes."

According to Alenezy, the team’s well-developed fabrication process means that their technology can easily be scaled to industrial levels. In theory, hundreds of sensors could be rapidly produced all at the same time.

Most commercial hydrogen sensors, which work at temperatures up to 150 degrees Celsius and higher, struggle when nitrogen oxide is present. However, the RMIT team’s new technology can reportedly isolate hydrogen from other gases with a high degree of accuracy.

The RMIT University team is hopeful that by being able to sense even the tiniest of leaks, their new sensor will be able to alleviate the fears and lack of public confidence in hydrogen and the renewable energy sources sector in general. Hydrogen, which is widely recognized as the fuel of the future, can become dangerous if it leaks, with the potential for an explosion occurring at around 40,000 parts per million in the air.

The researchers also hope that their sensor could be integrated into a handheld device for the delivery of instant results. The team has applied for a provisional patent and is looking to commercialize the sensor by working with other manufacturers.