source link: https://uploadvr.com/guardians-frontline-quest-2-pc-vr/
Go to the source link to view the article. You can view the picture content, updated content and better typesetting reading experience. If the link is broken, please click the button below to view the snapshot at that time.

Strategic VR shooter Guardians Frontline is coming to Quest 2 and PC VR in 2023, developed by VirtualAge Games and published by Fast Travel Games. 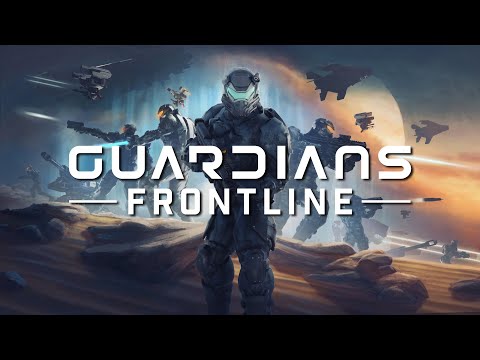 The title was originally released as Guardians VR on App Lab (and before that, SideQuest) for Quest and in Early Access on Steam for PC VR. Picked up by Fast Travel Games under the company’s new publishing wing, the game will release officially for Quest 2 and PC VR in 2023 with the new title of Guardians Frontline.

We wrote about the original Guardians release early last year, saying it had appeal and promise as a hybrid VR game with RTS and shooter mechanics. Fast Travel describes the upcoming Frontline release as a “strategic VR shooter” in a sci-fi setting:

In Guardians Frontline, players must defend the federation from an enemy onslaught as they attempt to extract a mysterious energy source. Battlefields can be strategically secured with a blend of brain and brawn, including tactfully spawned buildings, mechs, spaceships, heavy weapons, and more.

Frontline will include a single-player mode, four player co-op and support for up to eight players in PvP mode. The game will launch with an array of maps, but will also include an in-game level editor. Players will be able to create their own maps to play on, which they can then share with the community to be downloaded and played by others.

In a prepared statement, Carles Ballabriga from VirtualAge Games said the team drew influence from games like Halo and Starcraft when developing Frontline. Fast Travel Games’ Head of Publishing Patrick Liu called the game a “fresh take on the action/shooter VR genre” which features “a rare blend of shooter and tactics that works very well.”

Guardians Frontline will be available for Quest 2 and PC VR via Steam in early 2023.