How Much a Franchise Owner Pays in Royalties and Fees Every Month.

source link: https://www.businessinsider.com/dog-daycare-business-budget-franchise-owner-royalty-fees-2022-6
Go to the source link to view the article. You can view the picture content, updated content and better typesetting reading experience. If the link is broken, please click the button below to view the snapshot at that time.

Founder Finances: A dog daycare owner shares his exact $58k monthly budget and explains why paying 9% of earnings to the franchisor is worth it. 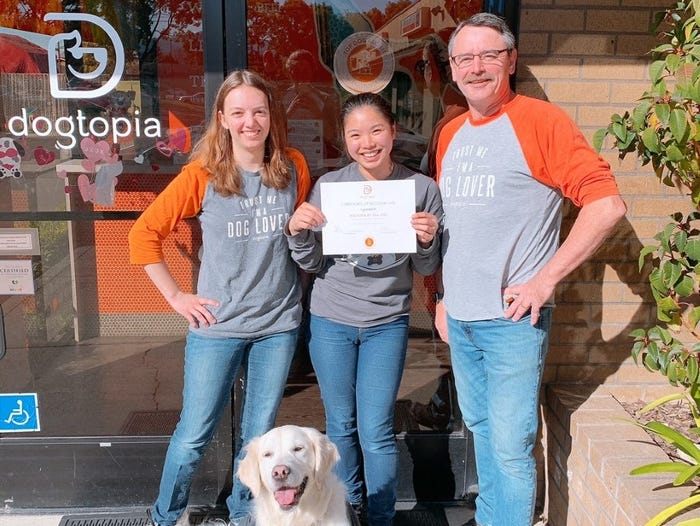 When Peter Dufall turned 40, he decided to become an entrepreneur. Ten years later, he officially made the leap after growing tired of the inequity and lack of freedom at his job as a factor operations director.

On the hunt for more work-life balance, happiness, and control of his work, Dufall bought a Dogtopia franchise, a dog daycare and spa company, in 2017. Dufall, 59, said the potential for a growing community encouraged him to pursue buying a franchise.

Today, Dufall owns one of Dogtopia's more than 200 locations and booked $300,000 in profits last year from a combination of dog daycare, boarding, and grooming and spa services at his San Jose, California location. He invested $250,000 of his savings and took an additional $500,000 Small Business Administration loan to build his franchise location.

Despite paying 9% of sales to his franchisor every month, the partnership is more than worth it, he said. Additionally, even with paying down initial loans and franchise fees, Dufall's Dogtopia has been profitable since its eighth month in operation.

Dufall broke down his monthly budget with Insider and explained the importance of community—both franchise-wide and within his own business.

Insider has verified the founder's sales, revenue, and budget with documentation.

This table reflects Dogtopia's May 2022 budget. Dufall said his monthly spending has been relatively consistent since opening due to Dogtopia's franchise model being uniform across locations and stages.

While the month of May did not include any payments toward professional development, conference travel, continuing education, or charitable donations, Dufall will allocate up to $6,000 to those categories some months, documents showed.
Dogtopia San Jose, California Courtesy of Dufall

Build a strong workforce through equitable pay and opportunities

Business success comes from making sure the labor force is retained, Dufall said. He currently employs 15 staff members, which amounted to $23,741 in employee wages in May.

"It's about paying a decent wage," Dufall said. "We pay above minimum wage and they also get bonuses."

"It's not uncommon for me to write a check for $500," he said, adding that the funds are taken from his continuing education and charity budget slots. "If they want to do a grooming class or a vet tech class, or are interested in learning CPR, I'll absolutely pay for them to do that."

Beyond financial support, he also encourages his employees to contribute to company growth. Each month, Dufall allocates about $1,000 toward continuous improvement, like updated technologies or tools. Staff members pitch ideas and later vote on which initiatives the funds will go toward, which helps them feel engaged, he added.

Franchise fees are worth the investment

Dufall pays 9% of his income to the Dogtopia franchise corporation— 7% of his revenue goes toward franchise fees and 2% goes toward the minimum required marketing spend. Each year, these fees amount to around $80,000.

Dufall said it's worth it and considers the costs as having an extra employee—he gets a lot of advice he otherwise wouldn't have access to, he added.

When starting out, it was crucial for Dufall to tap Dogtopia's franchise services like access to experts on architecture and city planning codes, taxes, hiring, and customer point of sales.

"Without some support those first two years, I wouldn't have had the following years being as successful as they are," Dufall said.

Beyond 24/7 support for administration, technology, and marketing questions, the network of Dogtopia owners is another major benefit of paying to be in a franchise group, he said.

"It also gives you a sense of community so you don't feel quite as alone if there are any issues, personal or business," he said. "We get together every quarter to go out to dinner and talk about everything because it's such a unique business that other people don't understand."