source link: https://www.cultofmac.com/776697/this-may-be-the-best-look-yet-at-the-upcoming-iphone-14-pro-max/
Go to the source link to view the article. You can view the picture content, updated content and better typesetting reading experience. If the link is broken, please click the button below to view the snapshot at that time. 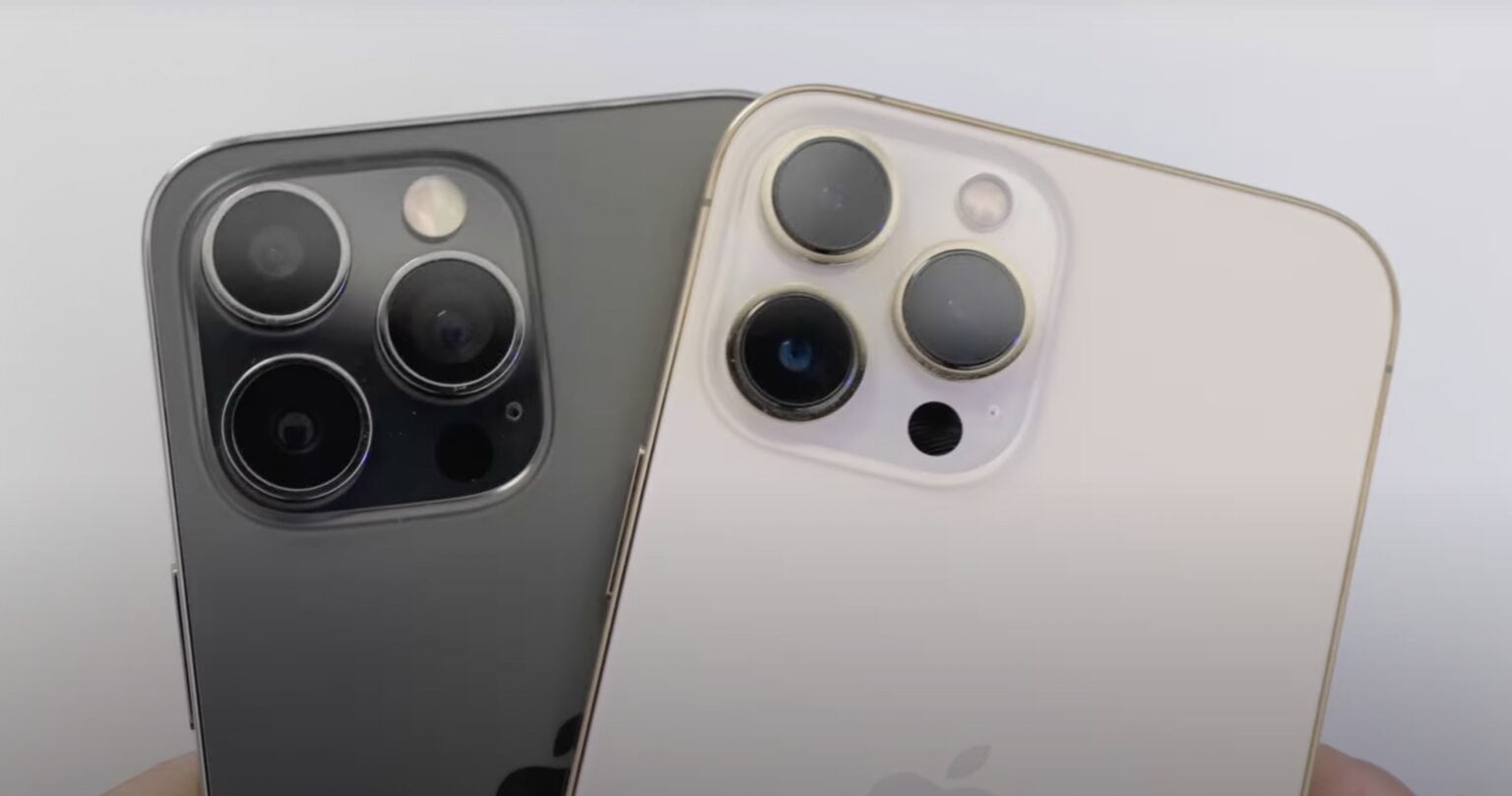 As excitement builds for the iPhone 14 launch expected in about four months, many of the usual suspects are finding ways to stoke it. Case in point, the YouTuber behind Unbox Therapy posted a video Monday in which he “unboxed” what he implied is a CAD design mock-up of an iPhone 14 Pro Max created by iPhone case makers in Japan with access to Apple schematics.

The replica device looks just like an iPhone 13 Pro Max in the video. But a closer look and some measurements revealed numerous subtle differences, many of which track with analysts’ predictions for the new handset.

Unbox Therapy made much of the mocked-up 6.7-inch device’s realism, commenting on its surprising heft and joking that he expected it to boot up.

Predictions indicate the iPhone 14 series will include two 6.1-inch models and two 6.7-inch models. Due to sluggish sales, the 5.4-inch iPhone 13 mini will be the last of its kind, unfortunately for those who prefer a truly pocket-sized handset.

Unbox Therapy directly compared the iPhone 14 Pro Max mock-up with an iPhone 13 Pro Max. He noted the mock-up feels a bit fatter, which could mean increased battery capacity predicted by some.

You can see in close shots that the camera bump is bigger and placed slightly further from the edges of the phone’s back. That seems to support predictions of a 48MP camera with 8K video recording.

The mock-up’s power and volume buttons appeared slightly larger, too, and no visible antenna bands appear on the sides of the device. But there is no way to verify whether those tweaks are accurate.

If you can’t view the video below, click here to watch it:

No more notch — for this one at least

Analysts predict that both the 14 Pro and 14 Pro Max will have a “pill and hole punch” cutout instead of a notch to house the Face ID component and front-facing cameras. And that’s what the model in the video shows, along with the expected narrower bezels.

While narrower than before, the bezels don’t look like they’d required changes to the iOS interface.

The iPhone 15 lineup is expected to feature the pill and hole punch cutout as well, in addition to a periscope lens that could reduce the size of the rear camera assembly. In the meantime, all four iPhone 14 models look like they’ll sport mighty camera humps.

Too soon for USB-C

The mock-up shows a Lightning port as expected in the iPhone 14 series, so USB-C fans will have to wait longer.

Analyst Ming-Chi Kuo believes that the iPhone 15 lineup will be the first to use a USB-C port, and Bloomberg backed that up.

If the replica is accurate, the main expectation is that the new handset will be comfortably familiar to iPhone 13 Pro Max users.

The handset itself and the buttons appear slightly thicker on the mock-up than on the iPhone 13 Pro Max.
Photo: Unbox Therapy