New Fabs Crop Up Globally in 2021 as Chip Crisis Continues

source link: https://www.allaboutcircuits.com/news/new-fabs-crop-globally-in-2021-chip-crisis-continues/
Go to the source link to view the article. You can view the picture content, updated content and better typesetting reading experience. If the link is broken, please click the button below to view the snapshot at that time.

Intel recently announced that it will spend $20 billion to build two new fabs in Chandler, Arizona—yet another addition to Arizona's growing presence in semiconductor manufacturing.

Intel currently operates four fabs in the United States. In addition to its site in Arizona, it also has manufacturing operations in Massachusetts, New Mexico, and Oregon. Overseas, Intel has fabs in Ireland, Israel, and China.

“Intel is and will remain a leading developer of process technology, a major manufacturer of semiconductors, and the leading provider of silicon globally,” says newly-appointed Intel CEO Pat Gelsinger. 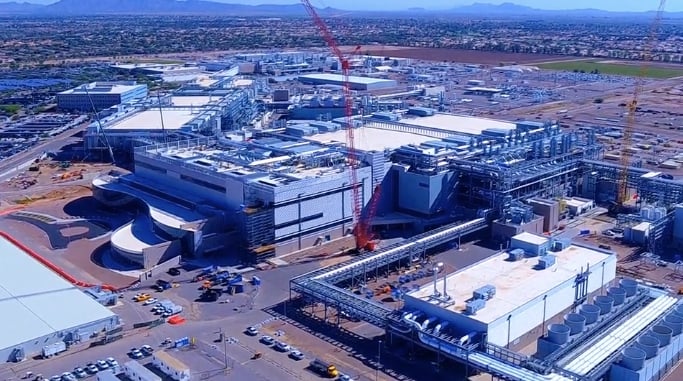 Intel also said that it will act as a foundry for fabless companies with a new division, Intel Foundry Services, citing Amazon, Google, Microsoft, and Qualcomm as potential customers. The foundry services division will offer its services in both the U.S. and Europe, positioning itself as an alternative to Asian chipmakers such as TSMC.

According to Gelsinger, Intel’s foundry business will manufacture a range of chips in a market he reckons will be worth $100 billion by 2025, including those based on Arm technology, which has historically competed with Intel’s x86 technology.

In early March, GlobalFoundries confirmed plans to invest $1.4 billion in 2021 in its global manufacturing capacity. In a typical year, GlobalFoundries spends hundreds of millions to expand its production capacity, but the growing demand for chips has prompted the world’s fourth-largest chip manufacturer to step on the gas and deliver faster growth.

According to Reuters, the $1.4 billion will be equally split between its sites in Dresden, New York, and Singapore and is expected to lead to a production capacity increase of 13% this year and 20% next year.

Speaking to Reuters, GlobalFoundries CEO Thomas Caulfield cited COVID-19 as the catalyst behind the company’s accelerated expansion plans. “The adoption of technology that would normally have taken a decade happened in one year in 2020 because of COVID-19,” he said. Prior to the pandemic, the chip industry was headed for 5% growth over a five-year window, but this has since doubled.

Should demand continue to grow, GlobalFoundries may look at building a new plant adjacent to its current Malta, New York plant after securing a purchase option agreement for 66 acres of undeveloped land last year. However, a decision to build a fab there can only be made if the U.S. Congress funds a set of measures to incentivize U.S. chip manufacturing.

Outside of the U.S., SK Hynix has been given the green light to build a new 120 trillion won ($106.35 billion) fab complex by South Korean authorities. The complex, where the first fab is expected to come online in 2025 after production begins later this year, will primarily focus on the production of DRAM for PCs, mobile devices, and servers using extreme ultraviolet (EUV) lithography. 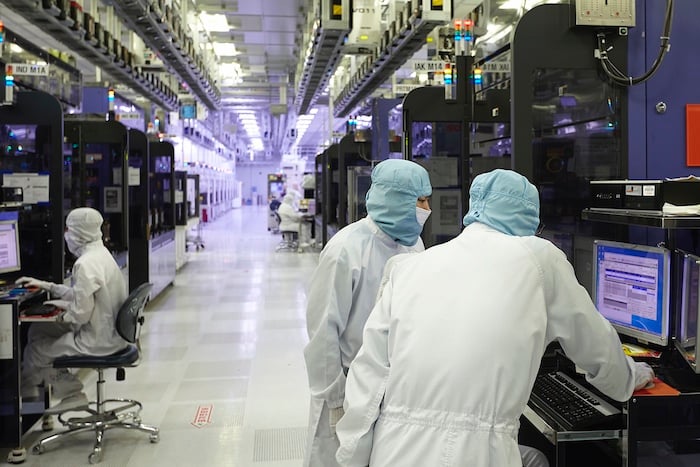 A look inside one of SK Hynix's fabrication clean rooms. Image used courtesy of SK Hynix

The 4.15 million square-meter complex will be located near Yongin, 50 kilometers south of Seoul, and house four fabs which in total will have a planned capacity of around 800,000 wafer starts per month. This will make the site one of the world’s largest semiconductor manufacturing hubs.

The complex will be SK Hynix’s second major DRAM site in South Korea after the company’s DRAM hub near Icheon that is home to its M10, M14, and M16 fabs, the latter of which was completed at the beginning of February.