source link: https://www.allaboutcircuits.com/news/adis-new-asic-transceiver-platform-marks-how-5g-has-matured/
Go to the source link to view the article. You can view the picture content, updated content and better typesetting reading experience. If the link is broken, please click the button below to view the snapshot at that time. 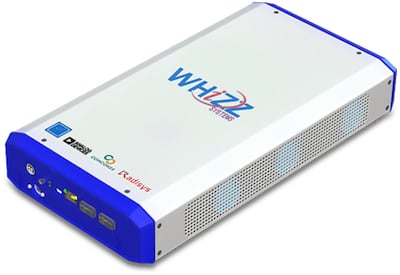 An ASIC Designed for 5G Macro and Small Cell Deployment

The new radio platform is based upon an ASIC architecture with industry competitive specs including:

According to Analog Devices, the platform includes the low-PHY architecture required for the 7.2x split and support for LTE, 5G, and NB-IoT. 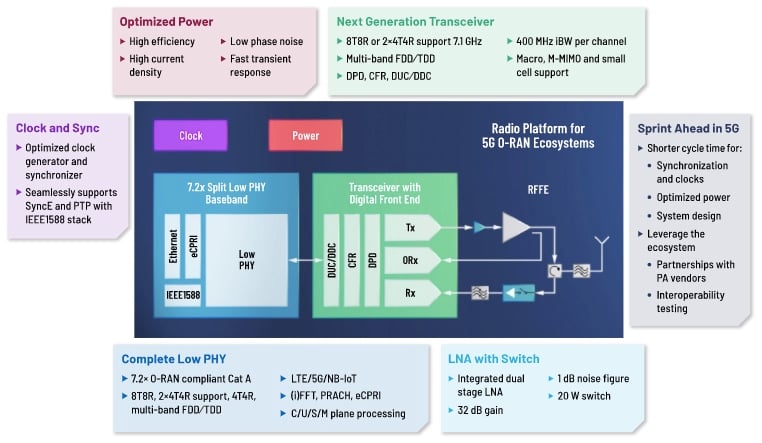 ADI has two reference designs in the works: a 4T4R small form-factor unit designed for cell-based applications (micro/small/macro) and a 32T/32R M-MIMO system slated for availability later in 2021.

Analog Devices has been active over the past nine months with respect to 5G development and deployment cycles. Last August, ADI partnered with Intel to marry the flexibility of an FPGA (an Arria 10) with its transceiver technology. This integration was meant to “achieve the high level of performance...while increasing their flexibility to more efficiently resolve emerging network issues,” according to Joe Barry, ADI's VP of wireless communications.

The 5G Competition Is Fierce, and ADI’s ASIC Steps Up

As experts in ASIC design, ADI has spent the better part of the last year focusing on partnerships that result in the deployment of their hardware into advanced 5G radios.

The company's newest platform, the O-RAN 5G Radio Platform, appears to be a direct competitor with the Xilinx FPGA platform All About Circuits reported on a few months ago. Both units feature an iBW of 400 MHz, 8T8R digital front-end, "hardened" digital pre-distortion capabilities, and crest factor reduction capabilities.

However, the offering from ADI is an ASIC-based technology, which could be seen as a cost advantage for high-density small-cell deployments.

Normalized, idealized cost profile of an ASIC vs. FPGA in terms of volume. Image used courtesy of Numato Lab

In addition to offsetting the initial cost of development, ASICs may be a better option than FPGAs because they enhance performance, optimize energy efficiency, and improve analog blocks.

The 5G ecosystem is varied; mobile network operators (MNOs) run a plethora of applications with unique requirements beyond simple mobile data services. They are looking to consumer-off-the-shelf hardware to provide quicker time-to-market solutions. 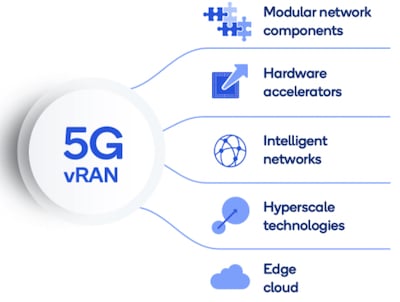 According to Qualcomm, the open interfaces of the RAN are required to facilitate more efficiency and agility in the system, and optimization can be found by using hardware accelerators to augment general-purpose processors.

As 5G standards mature, ASIC-based technologies may gain more traction as well. The new platform from Analog Devices further reinforces the strength of the O-RAN Alliance and the concept of open networks in general.

In 2021, hardware virtualization is changing skill set requirements. What network skills do you hope to acquire in the future? Let us know in the comments below.