source link: https://www.androidpolice.com/2019/12/19/buddy-adventure-pokemon-go-android/
Go to the source link to view the article. You can view the picture content, updated content and better typesetting reading experience. If the link is broken, please click the button below to view the snapshot at that time.

Niantic has revealed today that a new multiplayer feature tentatively titled Buddy Adventure should be coming to Pokémon GO sometime soon. This new feature will offer a shared augmented reality experience where players will interact with their friend's Pokémon via the AR camera. These friends can watch in real-time as you pet their Pokémon, and cross-platform support is expected, which means iOS and Android users can enjoy the upcoming Buddy Adventure mode together.

With any live service game, a constant stream of updates and new features are always expected, so it's hardly surprising to find out that Niantic has been working on a unique multiplayer AR experience for Pokémon GO. Of course, the upcoming Buddy Adventure mode didn't appear out of thin air, since Niantic trialed a few test cases like Codename: Neon and Codename: Tonehenge to showcase the possibilities of AR. These tests have culminated into the upcoming feature Buddy Adventure, and while we still don't know specifically when we can expect this mode to show up in the game, Niantic has stated that it should arrive in the months ahead.

Of course, Buddy Adventure isn't the only feature mentioned in today's press release, since Niantic has also highlighted the Niantic Wayfarer program. This is a tool for high-level players so that they can submit new locations, photos, titles, and further information about the locations in Niantic's AR games. The developer has also noted that it's working on the lack of occlusion (the ability for AR subjects to move behind real-world objects) in its games in order to create a more immersive experience. Niantic has apparently been working on the implementation of this occlusion technology for some time, and so have announced that it will be coming to the Niantic Real World Platform in the future.

It would appear that Niantic is very interested in adding new multiplayer modes to Pokémon GO. Back in October, we learned that the upcoming mode GO Battle League will pair players with an opponent, regardless of their location, to experience one-on-one battles from around the globe. Today we learned that Buddy Adventure will exist as a multiplayer feature where you can pet your friend's Pokémon through augmented reality. Clearly, Niantic would like players to interact with each other more, which sounds like a perfectly good idea to me. So if you're interested in today's announcements and would like to learn more, feel free to read through the source linked below. 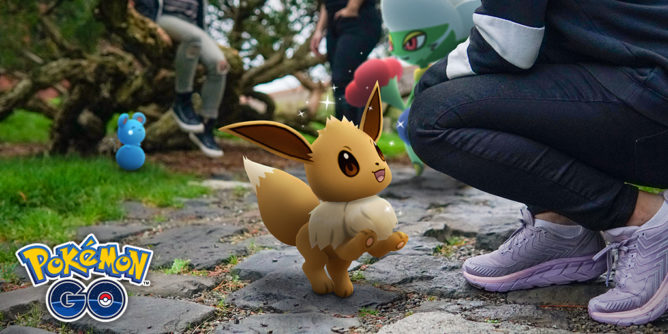 Last month I covered Niantic's reveal of the upcoming Buddy Adventure augmented reality feature for Pokémon GO, but at the time, the dev did not provide a release date. Today Niantic has revealed that the Buddy Adventure mode will make its way to Pokémon GO by 2020, and of course, a few exciting perks are expected as you and your buddy grow closer. Essentially you'll feed your buddy berries that will increase your Buddy Level, and as this level increases, you'll unlock new perks as you grow from Good Buddies to Best Buddies.

In order to become better friends with your buddy, you'll have to earn affection by exploring, battling, and playing with your buddy. The more affection you receive, the better your Pokémon's mood will be, and when this buddy reaches the highest mood possible, you'll earn the perks detailed below.

All in all, the upcoming Buddy Adventure mode sounds like it will offer an enjoyable augmented reality experience for Pokémon GO users whenever it lands in 2020. Of course, since this is a live service game, more updates are expected for the future, and Niantic has already detailed that players will be able to meet their friend's buddies in an upcoming Shared AR Experience mode that will land sometime after the Buddy Adventure mode is launched next year. So until Buddy Adventure arrives in 2020, feel free to pore through today's official Pokémon GO Buddy Adventure announcement to dig into the details.

Two days ago, Niantic announced that the Buddy Adventure feature for Pokémon GO would be available by 2020, and yesterday evening the dev went ahead and pushed the new update out to the Play Store, thus fulfilling its promise. This means you can now jump into your first Buddy Adventure in Pokémon GO, to watch as your Pokémon of choice runs, swims, flaps, or flies its way around the overworld map in an adorable fashion. As I explained above, you'll be able to build your Buddy Level by feeding your Pokémon berries while also exploring, battling, and playing with your buddy, which sounds pleasant enough. So if you'd like to see what the new Buddy Adventure feature has to offer, you can grab the latest version of Pokémon GO from the Play Store widget linked below.