Google Meet is getting a serious security upgrade

source link: https://www.techradar.com/news/google-meet-is-getting-a-serious-security-upgrade
Go to the source link to view the article. You can view the picture content, updated content and better typesetting reading experience. If the link is broken, please click the button below to view the snapshot at that time.

Google Meet is getting a serious security upgrade

published about 21 hours ago 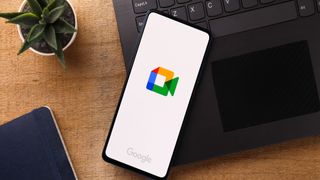 Keeping your Google Workspace data safe is set to get a little easier after the platform announced one of its most-used tools is getting a significant security boost.

Google Meet will now get client-side encryption, giving an extra layer of security to safeguard your video calls and the content shared within.

The change should mean that users of the video conferencing service will get "direct control" of their data, and the encryption keys used to keep this safe - with not even Google itself getting access.

Google says that Meet already encrypts all user data while at rest and whilst in transit between its facilities, with client-side encryption going a step beyond in letting users have direct control of their encryption keys and the identity service that they choose to authenticate for those keys.

The tool could potentially be useful for those calls that need an extra level of confidentiality, the company says, such as discussions regarding sensitive intellectual property or taking place in highly regulated industries where compliance is key.

Describing the update as "another significant milestone", Google says that the move will also offer users "the highest degree of protection and control over their data".

It adds that activating the change will also mean that even Google itself won't be able to access audio and video content, "under any circumstances", and also help meet regulatory compliance in many regions.

Client-side encrypted calls will also only begin when the organizer arrives, with early-joining users needing to wait until they arrive. Google also notes that some functions that require server-side processing or parsing of call media will not work, such as the likes of cloud-based noise cancellation or closed captions.

"Bringing Client-side encryption to Meet is another significant milestone in Google Workspace’s industry-leading encryption work, offering our users the highest degree of protection and control over their data," a Google Workspace update blog post (opens in new tab) announcing the news said.

Workspace Client-side encryption for Meet is coming to web users first, with support for meeting rooms and mobile devices coming soon. For now, only internal participants in your Workspace organization can be invited to the new secure calls, with Google saying guest access will be introduced soon.

Mike Moore is Deputy Editor at TechRadar Pro. He has worked as a B2B and B2C tech journalist for nearly a decade, including at one of the UK's leading national newspapers and fellow Future title ITProPortal, and when he's not keeping track of all the latest enterprise and workplace trends, can most likely be found watching, following or taking part in some kind of sport.