source link: https://www.softpedia.com/reviews/games/pc/red-solstice-2-survivors-review-535685.shtml
Go to the source link to view the article. You can view the picture content, updated content and better typesetting reading experience. If the link is broken, please click the button below to view the snapshot at that time. 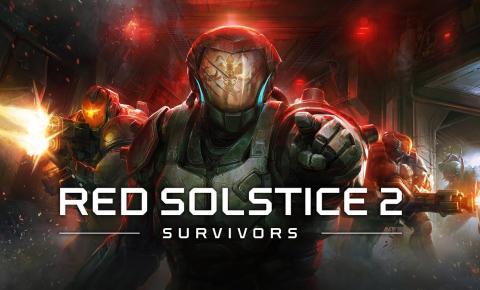 My gruff space marine automatically fires at incoming hordes of monsters, only pausing to drop a spent magazine and slot another one in, while I issue a hold and defend order to the rest of the squad. I then proceed to kick down a door and spend some time activating a dam control, while thinking about which character upgrade to invest in. I put two points into my ability to dismember incoming enemies, re-join the squad, drop a grenade on some capable foes, and prepare to push towards the end of the mission and its rewards. A new character is coming aboard, and I am days away from finishing some solid research.

Red Solstice 2 is developed by Ironward and published by 505 Games. I played it on the PC via Steam. The title delivers a team-focused shooter with a strategic layer that will instantly be familiar to most gamers. The game is centered on the survival of humanity, which has managed to rebuild on Mars after a massive outbreak of a deadly virus has made Earth impossible to inhabit.

Now, more than 100 years after that incident, the STROL virus is ravaging the Red Planet and threatening the existence of our species. Players take on the role of the leader of an elite squad that needs to explore the planet, find out more about the virus, and discover how to win the fight. Don’t expect too much from the writing, which is competent but filled with terribly familiar science fiction tropes.

Gameplay exists on two separate planes: tactical and strategic. Gamers will spend most of their time on the first, guiding their character around big areas, trying to complete objectives, and killing as many monsters as possible. XCOM is the closest comparison but in Red Solstice 2 everything happens in real-time, which adds tension and danger. The rest of the squad can be made up of computer-controlled characters, who perform adequately and can be given commands, or real-world friends, in which case careful coordination is required.

In many ways, combat is about movement. The player can activate overwatch on the primary weapon to have their character fire automatically. This frees up mental space to deal with companions, and special abilities (they can be game-changers), evaluate the tactical situation and find the best place to deal with a big wave of enemies. There are also times when manual aiming, especially with a powerful secondary weapon, is a great idea. Levels have secondary objectives and points of interest, so make sure to carefully conserve and use resources to extract value from them.

On the strategic layer, the options are more limited. Gamers control a mobile base that can move across Mars, discovering new missions and points of interest. They need to conduct research to understand the virus and get new tools to fight it. The game also features manufacturing and a personal upgrade tab that opens up extra weapons. Red Solstice 2 is very repetitive. 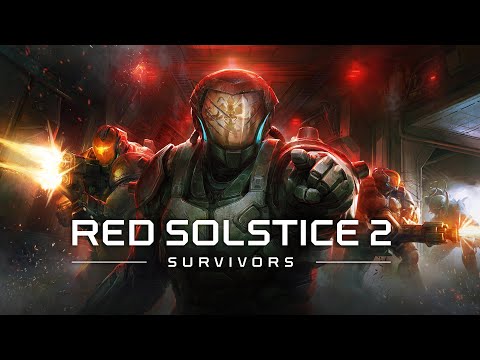 Most missions lack any twist or innovation. Once you master the flow of the game and if you play solo, everything turns into a grind fest. Playing with other people does add excitement and fun moments, but a lot depends on the group and how well they communicate.

I appreciate the big levels and the sense of dread that accompanies a big incoming enemy wave. The game needed to focus on that feeling, on the difficulty of working through complex situations when the existence of humanity is at stake. Instead, the focus is on the core gameplay loop and on making the player feel powerful. Which is fun for the first few run-throughs but become stale quickly.

Red Solstice 2’s presentation is solid but does not impress. The visuals mix a wide array of influences and seem designed for maximum familiarity, with no twists or innovation. The user interface is easy to understand, and I had no issue getting info and planning the best source of action. The enemy mutants need more weirdness and variety (I expect conformity from the space marines). The sounds of combat are heavy and a little disgusting, which is great for the theme, but the soundtrack never manages to enhance the action.

Red Solstice 2 is a game that requires at least another friend to deliver a decent experience. The strategic and tactical layers work, from a purely mechanical point of view, but everything is too focused on repetitive actions to keep the game fun when playing solo. The limited immersion does not help.

Gamers who can get together a group of four people and manages to coordinate sessions will have a very different experience. Four humans who work together to deal with the hordes of monsters, especially on the higher difficulties, can create impressive heroic moments. Red Solstice 2 shows the limits of a solid set of gameplay mechanics but also reveals the excitement that only cooperative play can generate.

Review code provided by the publisher.