source link: https://www.allaboutcircuits.com/news/nanowire-tension-hikes-up-transistor-speeds/
Go to the source link to view the article. You can view the picture content, updated content and better typesetting reading experience. If the link is broken, please click the button below to view the snapshot at that time.

3 days ago by Jake Hertz

As Moore’s Law slowly reaches its end, researchers have been searching far and wide for novel technologies that may enable a continual performance improvement for the transistor. Of these technologies, nanowires have received a heavy amount of research attention. 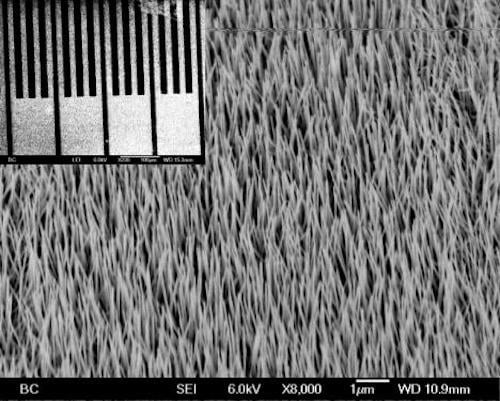 Recently, researchers from HZDR have announced that they’ve experimentally proven a long-held theoretical prediction regarding nanowires under tension.

In this article, we’ll discuss nanowire technology and the work done by the HZDR researchers.

What is a Nanowire?

In the most fundamental sense, nanowires are nanostructures whose diameter is on the order of nanometers. While this seems like a trivial definition, the technology can potentially impact electronics significantly.

One of the essential draws of nanowire technologies is that they exhibit imposing electrical properties, including high electron mobility due to their effectively one-dimensional structure.

The result of this is that nanowires offer very low resistivity and thus a very fast, low power performance. 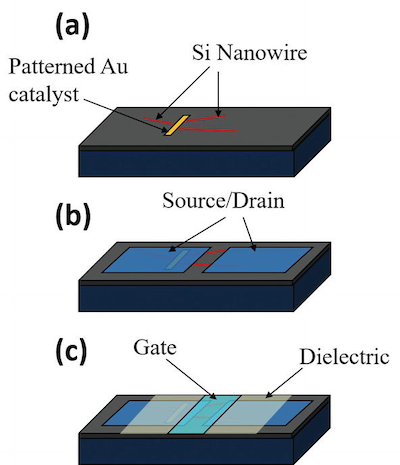 Manufacturing of a silicon nanowire in a traditional FET. Image used courtesy of Zhu et al

In nanowire-based GAA FETs, nanowires help establish the conducting channels instead of the planar bulk Si.

The result is faster transistors which are also less susceptible to short channel effects.

A considerable benefit of a nanowire over competing technologies like carbon nanotubes is that nanowires are made from common materials, like gallium arsenide (GaAs), which has standard crystalline structures and uniform electronic properties. This use of more common materials affords this technology a level of predictability and ease of manufacturing which is important for advanced node technologies.

As described in the HZDR paper in Nature, recent research has shown that, theoretically, designers can improve the performance of nanowires even further by applying tensile strains on the material.

The theory is that when hydrostatic tensile strain (expansion in all three dimensions) is applied to a GaAs nanowire, its electrical properties modulate.

In essence, previous research has experimentally predicted that, by applying tensile strain to nanowires, the device could perform even better than before.

HZDR Aims to Move Beyond Theory

To this point, researchers had only explored this theory mathematically, but in the new paper by the HZDR team, this group tested this theory experimentally.

In the experiment, the researchers created nanowires that consisted of a GaAs core and an indium aluminum arsenide shell.

Since the researchers used a different material for the core and the shell, the nanowire experienced different lattice spacings between the two.

The result was that the shell exerted a high tensile strain on the inner core, allowing the researchers to achieve the electrical property modulation they had previously theorized. 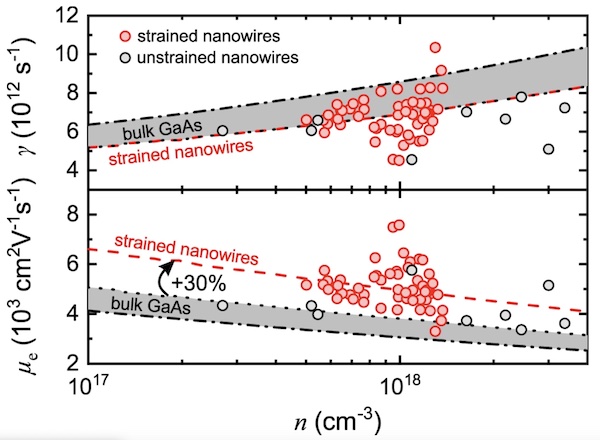 The researchers then measured the nanowire’s electron mobility using an optical laser pulse to free the electrons inside the material, a technique known as contactless optical spectroscopy.

In the end, the results showed that the researchers could indeed improve a nanowire’s electron mobility by applying a tensile strain to the nanowire.

The relative mobility increase concerning unstrained nanowires and bulk GaAs was measured to be ~30%. The researchers think they can achieve an even more significant increase in materials with even larger lattice mismatches.

All in all, the researchers hope their findings can be applied to future transistor designs, allowing for significantly improved device speed and power consumption.

Have you ever worked with nanowires? What are your thoughts on this technology aiming to keep Moore's Law hanging on? Let us know your experiences and thoughts in the comments down below.