source link: https://www.theverge.com/2021/9/2/22653897/audi-grandsphere-concept-autonomous-electric-interior-pics
Go to the source link to view the article. You can view the picture content, updated content and better typesetting reading experience. If the link is broken, please click the button below to view the snapshot at that time.

Automakers love concept cars that tease a future in which very rich people ride around in autonomous vehicles that look like luxurious living spaces. The latest is Audi’s Grandsphere, a spacious electric sedan with an interior that looks like it was designed by a Kardashian.

The car is designed to be adjustable based on the preferred driving style. If you want the car to drive itself, the steering wheel and pedals retract, leaving you sitting in a minimally designed living room setting with wood trim and wool textures. Instead of a screen, the car’s operating system is projected on the surface of the wood dashboard under the windshield. And when you’re ready to drive yourself, the manual controls simply appear.

Grandsphere is Audi’s second concept car in a series of three that the German automaker said would “reinvent mobility as we know it today.” The first was the Skysphere, a sleek, villainous-looking electric convertible with an adjustable chassis. Audi is using the term “sphere,” which is a three-dimensional representation of a ring, to describe each of these concepts. Still, it’s weird we’re only getting three concepts and not four like Audi’s logo, but so it goes. 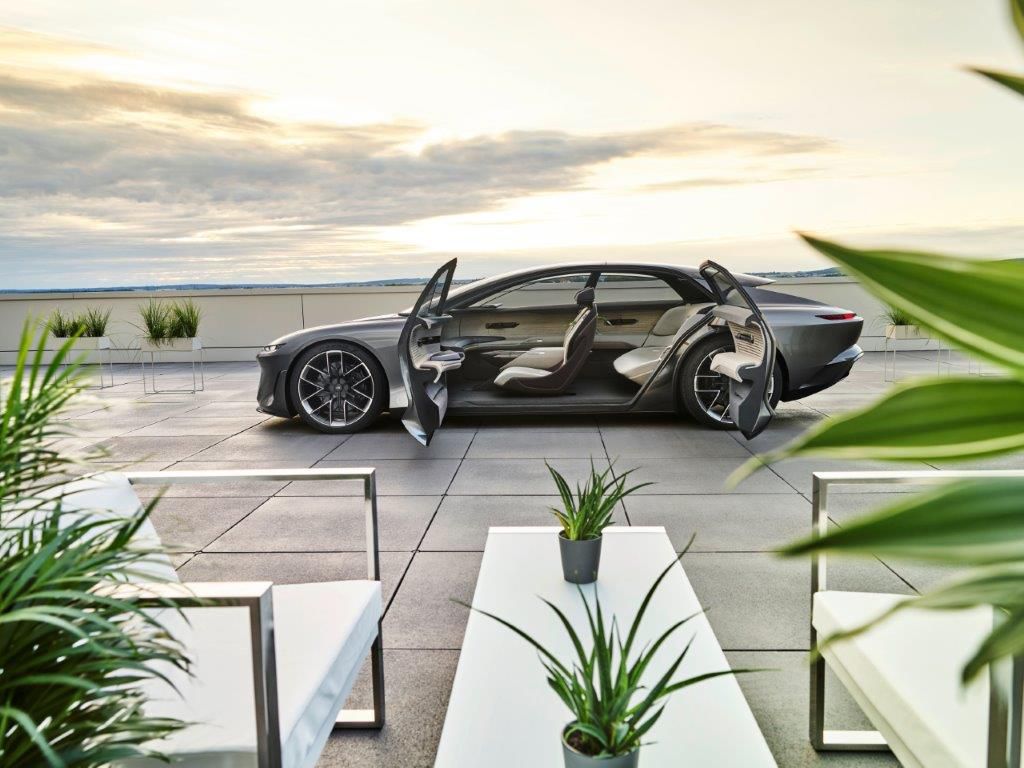 Audi says it is working with CARIAD, parent group Volkswagen’s software “think tank,” on developing some of the technologies it is showing off with the Grandsphere and other concepts. The automaker believes these features will be ready for consumer vehicles by the second half of the decade. (Best to take these statements with a grain of salt; automakers are very bad at predicting the future.)

Audi sees Level 4 autonomy — in which a car can drive itself without human interventions under certain conditions — as a means to redefine the interior of the vehicle. And the automaker isn’t alone in this theory. Other car companies, such as BMW, Volvo, and Hyundai, have projected similar ideas onto their concepts, with interiors transformed into “third places” in which we work, eat, sleep, and socialize. 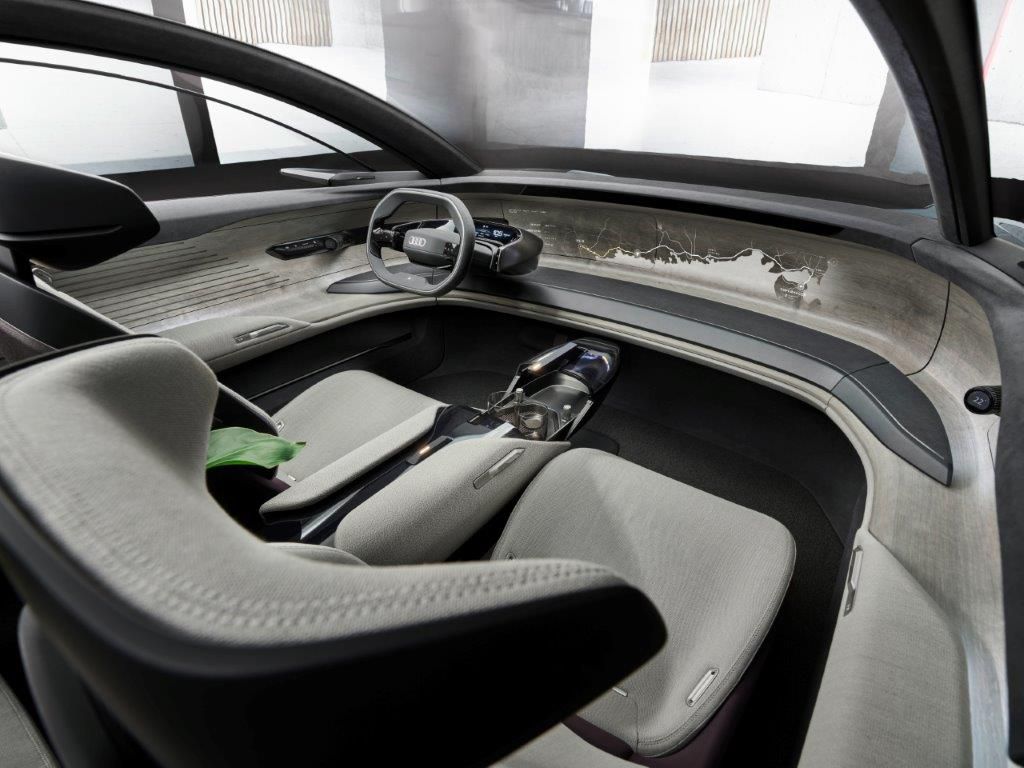 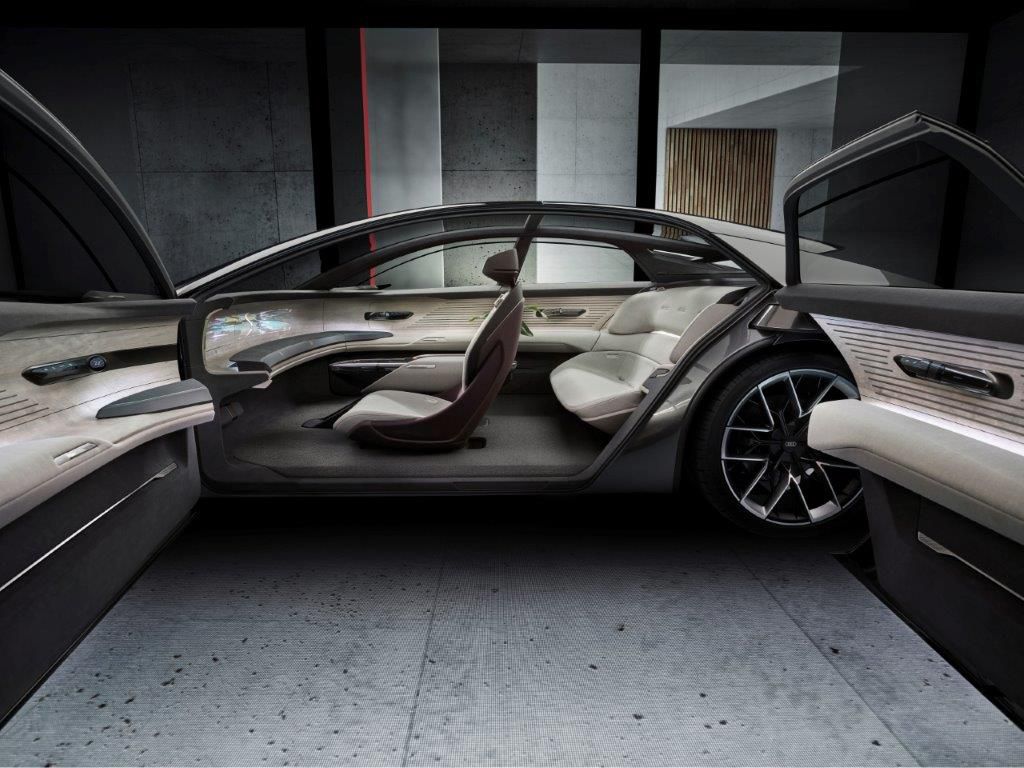 Audi describes its Grandsphere concept as a “first class lounge with maximum space.” The exterior is also meant to convey similar notes of luxury and refinement, but it also looks deadly — and not in a bad way. Its stretched-out shape looks nothing like most sedans, with a wheelbase that is even longer than the current Audi A8. The automaker said it was trying to meld a sedan with a “tightly-drawn four-door GT” with the exterior profile. The sloping arc of the roofline hints at Audi’s sportback tradition.

Audi’s next concept will be the Urbansphere, which the automaker has described as a “private space in an urban environment.” But that vehicle won’t be revealed until 2022.