Tesla Is Being Outsold in China by This $4,500 Car

source link: https://www.entrepreneur.com/article/370222
Go to the source link to view the article. You can view the picture content, updated content and better typesetting reading experience. If the link is broken, please click the button below to view the snapshot at that time.

Tesla Is Being Outsold in China by This $4,500 Car

A budget electric vehicle from China is becoming a fast seller in a country with the world's largest population.
Next Article 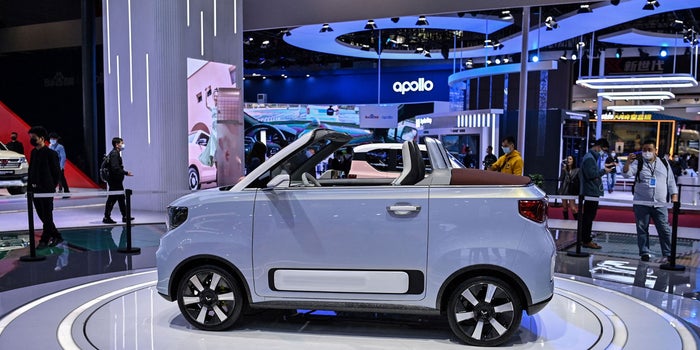 Electric vehicle manufacturer Tesla is facing stiff competition from a budget-friendly carmaker in Tesla's second-biggest market, according to BBC.

While Elon Musk's company still maintains a significant share of the electric vehicle market with the popularity of its Model 3 car, a $4,500 car from state-owned company SAIC Motor is outselling the Model 3 at a two-to-one ratio.

Related: Tesla Is Facing an Unlikely Competitor in the Electric Vehicle Market

Called the Hong Guang Mini EV, the two-door sedan apparently uses a 9.2 kWH battery that will allow it to run for 75 miles. It also has a single electric motor with a 17.4 horsepower and top speed of 62 mph.

As BBCnotes, the vehicle is the product of a joint venture between SAIC Motor and General Motors. In the second half of last year, it saw sales of 112,000 and 25,778 models in January of this year alone. Those numbers alone suggest that the Hong Guang Mini EV is now the second-best-selling electric vehicle worldwide behind the Model 3.

Still, Tesla, which cut down the cost of its Model 3 in China to $39,000, is doing well for itself in China, BBC adds. The company more than doubled its sales volume in the country last year.