source link: https://finance.yahoo.com/news/starting-see-classic-early-signs-183915567.html
Go to the source link to view the article. You can view the picture content, updated content and better typesetting reading experience. If the link is broken, please click the button below to view the snapshot at that time. 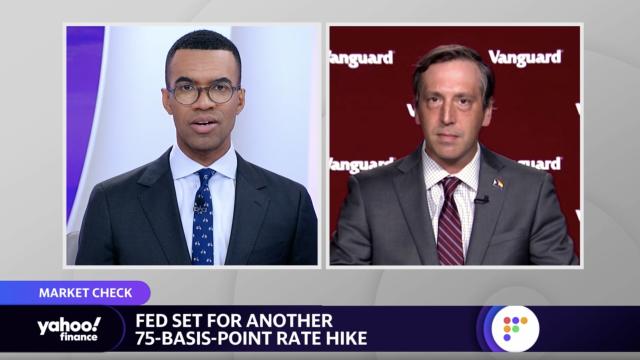 ‘You’re starting to see all the classic early signs’: Legendary investor Ray Dalio says the stock market has further to fall before a recession hits

For much of this year, the Fed has held steadfast to its goal of a “soft landing” for inflation, the idea of vanquishing inflation without a dramatic economic downturn.

But despite several interest rate hikes, inflation is still running hot, and business leaders are saying that it’s not a matter of if a recession will happen, but when.

On Wednesday, after another rate hike, and a promise from Fed chairman Jerome Powell to stay the course until inflation comes down, Bridgewater founder Ray Dalio said that the Federal Reserve will probably keep tightening its monetary policy until high prices come down, no matter the consequences. As a result, a recession is likely within the next year.

“You’re starting to see all the classic early signs,” he said during an interview with MarketWatch editor-in-chief Mark DeCambre during the outlet’s inaugural Best New Ideas in Money festival. Those signs, he said, are contraction in the housing and auto sectors, which are the first to be impacted by the Fed’s higher interest rates.

It’s not the first time Dalio has sounded the alarm on imminent economic trouble. In June, he was already arguing on LinkedIn that a soft landing was out of the Fed’s reach, even as Bridgewater beat the bear market in the first half of this year, delivering a 32% return to investors as other firms struggled.

Dalio’s comments followed the Fed’s decision this week to institute its third consecutive 75-basis-point rate hike this year. Prior to June, the last time the bank had made such a big rate hike was in 1994.

Those hikes have already slowed down economic growth significantly in the U.S., according to Dalio.

After the Fed’s rate hike on Wednesday, the S&P 500 fell 1.7% to a two-month low. Dalio joined other billionaire investors like Carl Icahn and said that the stock market will sink further this year as the Fed continues its hikes, adding that the bond market will be hit particularly hard.