source link: https://markets.businessinsider.com/news/stocks/digital-world-stock-price-truth-social-threatens-sec-lawsuit-spac-2022-9
Go to the source link to view the article. You can view the picture content, updated content and better typesetting reading experience. If the link is broken, please click the button below to view the snapshot at that time. 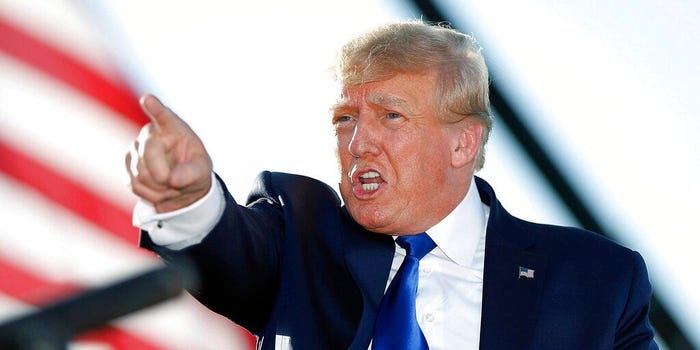 Digital World Acquisition saw its stock price fall another 5% on Thursday, extending its seven-day decline to as much as 32% as the company struggles to close its proposed merger with Truth Social.

But Truth Social believes the SEC is to blame for the delayed deal with the SPAC, according to a Wednesday regulatory filing.

"The SEC has stalled its review of our planned merger with DWAC, having failed to act despite DWAC having filed its registration statement more than four months ago. This inexcusable obstruction, which directly contradicts the SEC's stated mission, is damaging investors and many others who are simply following the rules and trying to expand a successful business," Truth Social said.

"In light of the obvious conflicts of interest among SEC officials and clear indications of political bias, TMTG is now exploring legal action against the SEC. Despite the increasing weaponization and politicization of government agencies, Truth Social will continue its expansion plans, supported by the unprecedented levels of user engagement on the platform," the company added.

One factor holding up the deal not mentioned in Truth Social's statement is the fact that Digital World has been unable to attract the 65% of shareholders needed to approve the business combination. An initial shareholder vote failed to pass earlier this month, and the vote has since been delayed to mid-October in an attempt to garner more votes.

With continued uncertainty that Digital World will be able to receive the necessary amount of votes by mid-October, the SPAC's sponsor deposited about $3 million to extend the potential deal deadline to December 8.

But if a deal is unable to get done, like many SPACs today, Digital World may be forced to liquidate and return the money it raised from investors.