source link: https://finance.yahoo.com/news/lebron-james-rick-and-morty-multiversus-192728970.html
Go to the source link to view the article. You can view the picture content, updated content and better typesetting reading experience. If the link is broken, please click the button below to view the snapshot at that time. 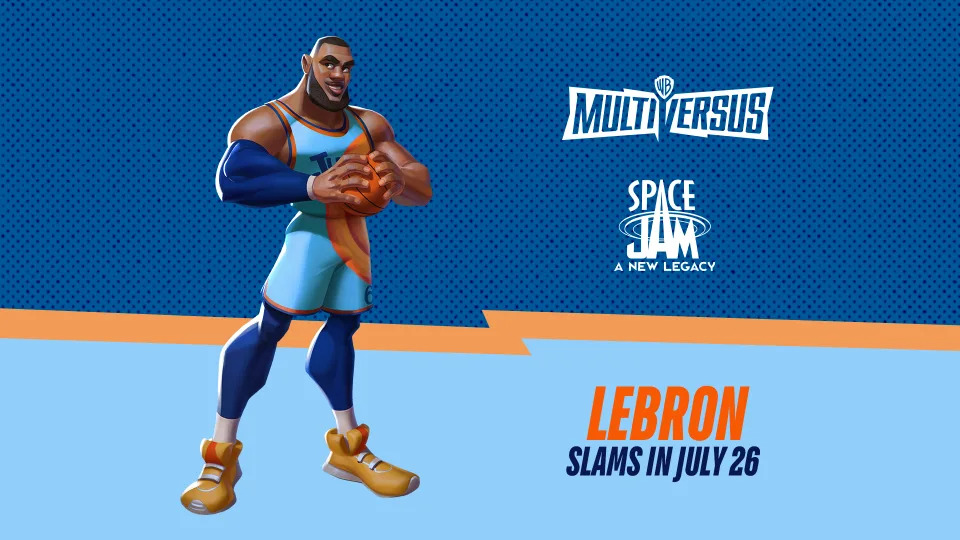 Warner Bros. Games' MultiVersus is a fun take on platform fighters like Super Smash Bros. Ultimate and Brawlhalla. It's soon going into open beta with a roster packed with characters from across a wide range of WB franchises. Developer Player First Games is about to add one more to the mix: Space Jam: A New Legacy star LeBron James.

The NBA icon will join the lineup when the open beta starts on July 26th. Unsurprisingly, his offense centers around the use of a basketball. He can throw a ball at opponents or dribble one around his feet to damage enemies. James is also able to block projectiles by building a fence. Surprisingly (or not, depending on how much you appreciated his thespian skills in Space Jam), James isn't voicing himself in the game. Actor John Bentley will play him.

WB also announced that a couple of other fan-favorite characters will join the lineup soon, as Rick and Morty are on the way. Many of Rick's abilities are based around his portal gun. He'll be available when season one starts on August 9th. Morty, who will arrive later in the season, can whip himself at opponents and use grenades.

The trio will be added to an ever-expanding and fairly peculiar roster. Big names like Superman, Batman, Wonder Woman, Harley Quinn and Bugs Bunny are all in the mix, as are Arya Stark from Game of Thrones and Shaggy and Velma from Scooby Doo. Tom and Jerry play as a single character, rather than trying to throttle one another.

The Iron Giant, the most recent addition, is portrayed as a gentle-hearted being in the film of the same name who only fights when it's completely necessary. In MultiVersus, he's beating up opponents like the rest of the cast, which the developers justified by saying the game takes place in an alternate universe.

If that's not odd enough, leaks have suggested Ted Lasso, Gizmo from Gremlins (you know, the cute one) and the Wicked Witch from The Wizard of Oz are coming to the roster as well. For what it's worth, those leaks are from the same person who revealed the game's existence in the first place and who said LeBron, Rick and Morty were MultiVersus-bound too.