source link: https://news.softpedia.com/news/microsoft-releases-new-windows-11-builds-for-the-beta-channel-535795.shtml
Go to the source link to view the article. You can view the picture content, updated content and better typesetting reading experience. If the link is broken, please click the button below to view the snapshot at that time. 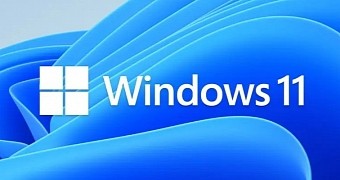 New features available for testing in the Beta channel

Not a long time ago, Microsoft released two separate builds for Windows Insiders in the Beta channel, with the company therefore enabling new features only for some users.

The same strategy continues this week, with Microsoft now shipping two new builds to users who are enrolled in the Beta channel.

In terms of new features, Microsoft is shipping improved nearby sharing, as well as the support for sharing local files to OneDrive.

One of the most important fixes concerns the crashes that some users encountered with explorer.exe, with Microsoft saying that only testers now getting the latest builds would no longer be affected. On the other hand, if you’re an insider already struggling with the glitch, a PowerShell command is required.

We fixed an issue resulting in a small number of Insiders in the Beta Channel experiencing cyclical crashes in Explorer.exe and other Windows UI components, making the screen look like it’s flickering. Please note, this fix should stop more Insiders from being newly impacted, however if you are already impacted by this, you will need to run the following command in PowerShell to resolve it:

The company is also kicking off a bug bash on July 20, so beta users running build 22622.436 are once again invited to complete a series of quests and therefore help the company iron out some of the bugs currently in Windows 11. The bug bash will end on July 25.