source link: https://www.idropnews.com/news/ipados-16-stage-manager-will-only-run-on-the-newest-m1-ipads-heres-why/189270/
Go to the source link to view the article. You can view the picture content, updated content and better typesetting reading experience. If the link is broken, please click the button below to view the snapshot at that time.

While it’s not uncommon for Apple to limit some features to newer hardware, drawing the line at such recent models is a bold step even for Apple.
By Jesse Hollington
5 Min Read Published: Jun 13th, 2022 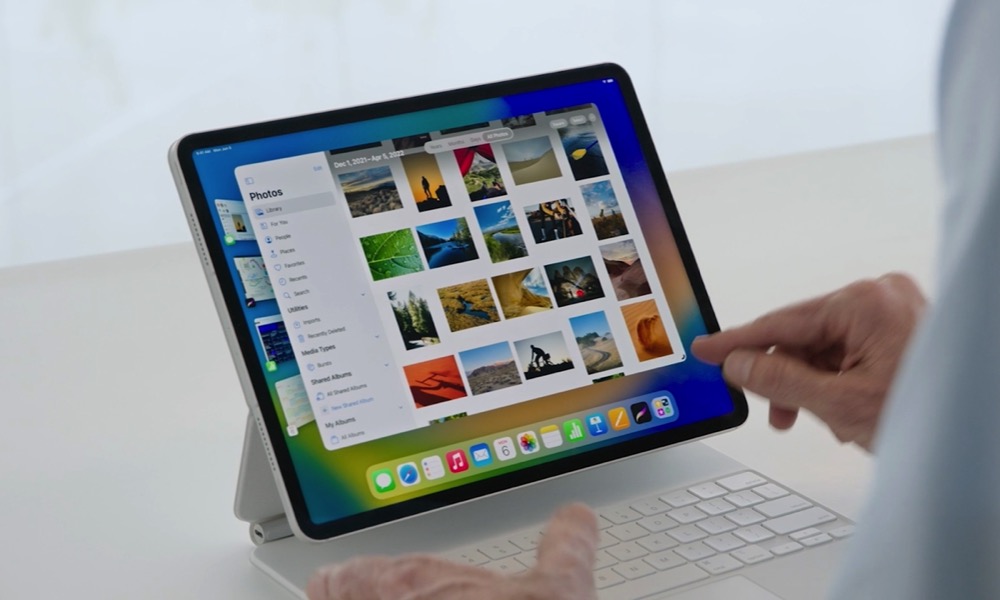 One of the best new features in iPadOS 16 will be limited to only Apple’s latest iPad Pro and iPad Air models, despite the new operating system supporting iPads going back as far as 2015.

Stage Manager is arguably the coolest and most unique feature to come to the iPad in years, but unless you have an iPad that contains one of Apple’s M-series chips, you’re going to miss out. In fact, for users of older models — where by “older” we mean anything made before 2021 — iPadOS 16 will end up looking remarkably similar to iPadOS 15.

Apple has understandably taken a lot of heat for this. The old familiar refrain of “forced obsolescence” is sounding from some corners, suggesting that Apple has artificially limited this feature to force users to upgrade to the newest iPad models.

Some of this angst is understandable. After all, the Developer Transition Kit (DTK) that Apple provided to help developers get ready for Apple Silicon used the same A12Z chip found in the 2020 iPad Pro, which was itself a relatively minor upgrade from the A12X of the 2018 models.

These Incredible Apps Help You Save Money, Earn Cash, Cancel Unwanted Subscriptions, and Much More

The App Store has become completely oversaturated with all the same repetitive junk. Cut out the clutter: These are the only 6 iPhone apps you’ll ever need...Find Out More

The A12Z-equipped DTK ran the betas of macOS Big Sur without any issues, so it is rather surprising that it wouldn’t be able to handle the presumably more basic multitasking of iPadOS.

The M1 iPad Was a Bigger Jump Than Many Realize

While it’s not uncommon for Apple to limit some features to newer hardware, drawing the line at such recent models is a bold step even for Apple.

However, when Apple shocked most of us last year by putting the M1 inside the iPad Pro, it was an even bolder move for the company. It’s understandable how many folks missed the significance of this; the limitations of iPadOS seriously held back the incredible power of the M1.

This year, Apple intends to unlock some of that power with Stage Manager, and in doing so, it’s showing just how much more capable the M1 chip was than any chip that Apple had previously put into an iPad.

When asked about Stage Manager on the iPad, an Apple spokesperson said that delivering the “experience the immediacy that users expect” requires “large internal memory, incredibly fast storage, and flexible external display I/O.” All these things, Apple says, are capabilities of the M1 chip that don’t exist on Apple’s A-series devices.

I asked Apple about Stage Manager on the iPad as well, and here’s what they said:

Further, as developer Steve Troughton-Smith added, folks shouldn’t be comparing Apple’s Developer Transition Kit, which was exclusive to developers for temporary use, with something Apple is offering to consumers.

To provide even more clarity as to what’s going on, Apple’s Senior VP of Software Engineering, Craig Federighi, laid the situation out in an interview with Matthew Panzarino at TechCrunch.

Federighi highlights the complexity of building Stage Manager to meet the high standards of performance expected by iPad users. After all, unlike the Mac, the iPad is expected to be a “pick-up-and-go” device. As fast and responsive as Apple has made its M1 MacBooks, they’ve still got nothing on the iPad for near-instantaneous response times.

From the start, the iPad has always maintained this extremely high standard for responsiveness and interactivity. That directness of interaction in that every app can respond to every touch instantaneously, as if you are touching the real thing underneath the screen. And I think it’s hard sometimes for people to appreciate the technical constraints involved in achieving that. Craig Federighi, Apple SVP of Software Engineering

With a Mac, we’ve all become accustomed to things taking a second or two to happen. You click on an app in the Dock, the icon bounces a few times, and the window for that app appears a second or two later. It’s become so much the norm that I don’t give it much thought, but these delays simply don’t exist on the iPad.

For iPadOS 16 to preserve the smooth iPad experience that we all know and love, Apple had to take advantage of technologies that were unique to the M1. This includes a more powerful GPU, faster I/O in virtual memory, and the 8GB RAM found in Apple’s latest iPads.

Historically, achieving a high level of responsiveness when multitasking requires that apps remain entirely resident in RAM. That’s been less critical in the world of the Mac, which relies much more heavily on virtual memory — that is, moving or “swapping” data from RAM into a file on an SSD or, in older models, a hard drive.

However, with only 8GB of RAM in even the newest iPad models, Apple expects it will need to use virtual memory to pull this off properly, and only the M1 has the chops for it, thanks to its higher-performance flash storage.

It’s only the M1 iPads that combined the high DRAM capacity with very high capacity, high performance NAND that allows our virtual memory swap to be super fast. Now that we’re letting you have up to four apps on a panel plus another four – up to eight apps to be instantaneously responsive and have plenty of memory, we just don’t have that ability on the other systems.Craig Federighi, Apple SVP of Software Engineering

While several knowledge folks had speculated that this was why Stage Manager was limited to only the M1-equipped iPads, it turns out it was merely one piece of a larger puzzle.

Federighi explains that Apple’s engineering teams also had to factor in external display connectivity since using Stage Manager on external displays is a key part of the experience. The M1 supports 4K, 5K, and 6K displays, even at scaled resolution. It also offers graphics performance that Apple’s A-series chips can’t match.

We really designed Stage Manager to take full advantage [of the M1]. If you look at the way the apps tilt and shadow and how they animate in and out. To do that at super high frame rates, across very large displays and multiple displays, requires the peak of graphics performance that no one else can deliver. Craig Federighi, Apple SVP of Software Engineering

Federighi’s comments reflect how much Apple cares about providing an optimal user experience. Even if it were possible to make Stage Manager work on older iPad models, it could become a feature that would breed frustration with the iPad experience rather than surprising and delighting folks.

When you put all this together, we can’t deliver the full stage manager experience on any lesser system. We would love to make it available everywhere we can. But this is what it requires. This is the experience we’re going to carry into the future. We didn’t want to constrain our design to something lesser, we’re setting the benchmark for the future.Craig Federighi, Apple SVP of Software Engineering