source link: https://techxplore.com/news/2022-05-energy-storage-important-reliable-deeply.html
Go to the source link to view the article. You can view the picture content, updated content and better typesetting reading experience. If the link is broken, please click the button below to view the snapshot at that time. 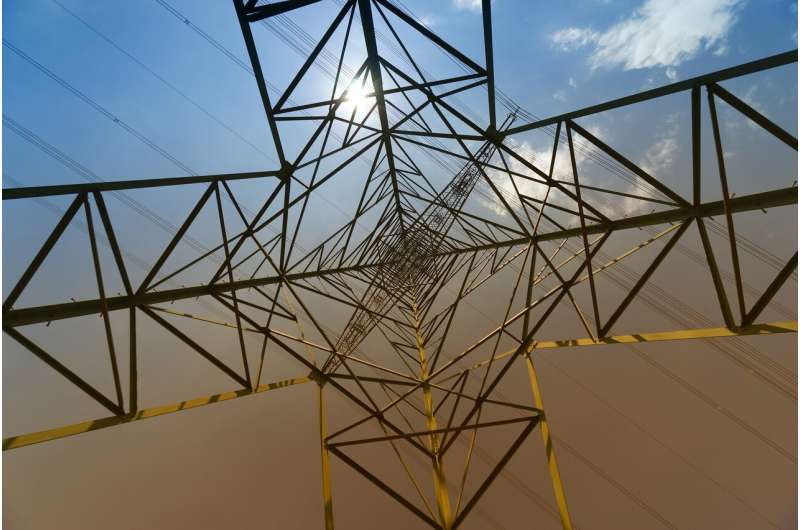 In deeply decarbonized energy systems utilizing high penetrations of variable renewable energy (VRE), energy storage is needed to keep the lights on and the electricity flowing when the sun isn't shining and the wind isn't blowing—when generation from these VRE resources is low or demand is high. The MIT Energy Initiative's Future of Energy Storage study makes clear the need for energy storage and explores pathways using VRE resources and storage to reach decarbonized electricity systems efficiently by 2050.

"The Future of Energy Storage," a new multidisciplinary report from the MIT Energy Initiative (MITEI), urges government investment in sophisticated analytical tools for planning, operation, and regulation of electricity systems in order to deploy and use storage efficiently. Because storage technologies will have the ability to substitute for or complement essentially all other elements of a power system, including generation, transmission, and demand response, these tools will be critical to electricity system designers, operators, and regulators in the future. The study also recommends additional support for complementary staffing and upskilling programs at regulatory agencies at the state and federal levels.

The MITEI report shows that energy storage makes deep decarbonization of reliable electric power systems affordable. "Fossil fuel power plant operators have traditionally responded to demand for electricity—in any given moment—by adjusting the supply of electricity flowing into the grid," says MITEI Director Robert Armstrong, the Chevron Professor of Chemical Engineering and chair of the Future of Energy Storage study. "But VRE resources such as wind and solar depend on daily and seasonal variations as well as weather fluctuations; they aren't always available to be dispatched to follow electricity demand. Our study finds that energy storage can help VRE-dominated electricity systems balance electricity supply and demand while maintaining reliability in a cost-effective manner—that in turn can support the electrification of many end-use activities beyond the electricity sector."

The three-year study is designed to help government, industry, and academia chart a path to developing and deploying electrical energy storage technologies as a way of encouraging electrification and decarbonization throughout the economy, while avoiding excessive or inequitable burdens.

Focusing on three distinct regions of the United States, the study shows the need for a varied approach to energy storage and electricity system design in different parts of the country. Using modeling tools to look out to 2050, the study team also focuses beyond the United States, to emerging market and developing economy (EMDE) countries, particularly as represented by India. The findings highlight the powerful role storage can play in EMDE nations. These countries are expected to see massive growth in electricity demand over the next 30 years, due to rapid overall economic expansion and to increasing adoption of electricity-consuming technologies such as air conditioning. In particular, the study calls attention to the pivotal role battery storage can play in decarbonizing grids in EMDE countries that lack access to low-cost gas and currently rely on coal generation.

The authors find that investment in VRE combined with storage is favored over new coal generation over the medium and long term in India, although existing coal plants may linger unless forced out by policy measures such as carbon pricing.

"Developing countries are a crucial part of the global decarbonization challenge," says Robert Stoner, the deputy director for science and technology at MITEI and one of the report authors. "Our study shows how they can take advantage of the declining costs of renewables and storage in the coming decades to become climate leaders without sacrificing economic development and modernization."

The study examines four kinds of storage technologies: electrochemical, thermal, chemical, and mechanical. Some of these technologies, such as lithium-ion batteries, pumped storage hydro, and some thermal storage options, are proven and available for commercial deployment. The report recommends that the government focus R&D efforts on other storage technologies, which will require further development to be available by 2050 or sooner—among them, projects to advance alternative electrochemical storage technologies that rely on earth-abundant materials. It also suggests government incentives and mechanisms that reward success but don't interfere with project management. The report calls for the federal government to change some of the rules governing technology demonstration projects to enable more projects on storage. Policies that require cost-sharing in exchange for intellectual property rights, the report argues, discourage the dissemination of knowledge. The report advocates for federal requirements for demonstration projects that share information with other U.S. entities.

The report says many existing power plants that are being shut down can be converted to useful energy storage facilities by replacing their fossil fuel boilers with thermal storage and new steam generators. This retrofit can be done using commercially available technologies and may be attractive to plant owners and communities—using assets that would otherwise be abandoned as electricity systems decarbonize.

The study also looks at hydrogen and concludes that its use for storage will likely depend on the extent to which hydrogen is used in the overall economy. That broad use of hydrogen, the report says, will be driven by future costs of hydrogen production, transportation, and storage—and by the pace of innovation in hydrogen end-use applications.

The MITEI study predicts the distribution of hourly wholesale prices or the hourly marginal value of energy will change in deeply decarbonized power systems—with many more hours of very low prices and more hours of high prices compared to today's wholesale markets. Thus, the report recommends systems adopt retail pricing and retail load management options that reward all consumers for shifting electricity use away from times when high wholesale prices indicate scarcity to times when low wholesale prices signal abundance.

The Future of Energy Storage study is the ninth in MITEI's "Future of" series, exploring complex and vital issues involving energy and the environment. Previous studies have focused on nuclear power, solar energy, natural gas, geothermal energy, and coal (with capture and sequestration of carbon dioxide emissions), as well as on systems such as the U.S. electric power grid.