The best air fryers you can buy

source link: https://finance.yahoo.com/news/best-air-fryers-133047180.html
Go to the source link to view the article. You can view the picture content, updated content and better typesetting reading experience. If the link is broken, please click the button below to view the snapshot at that time.

The best air fryers you can buy, plus tips and tricks for newbies 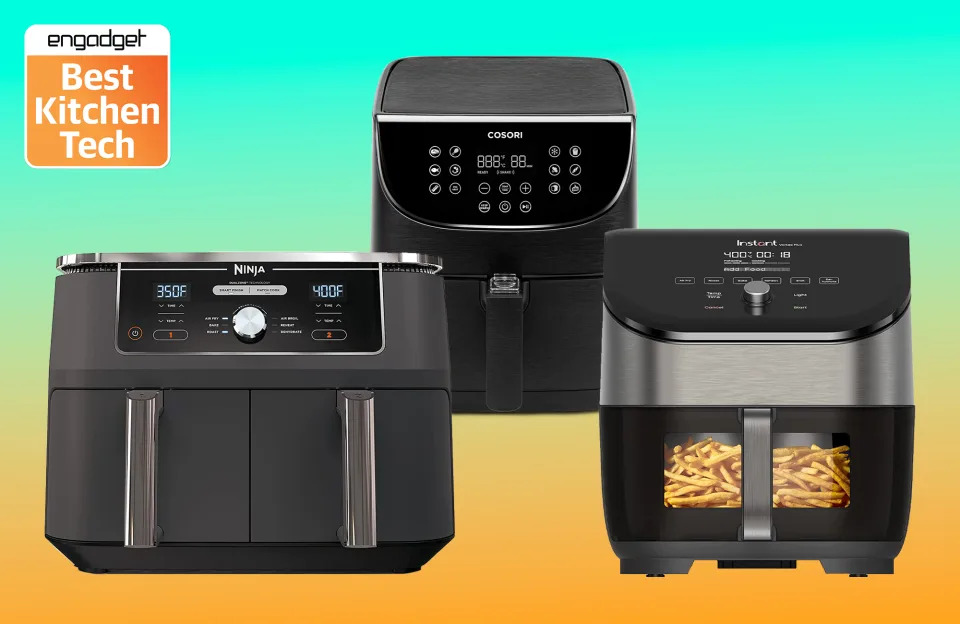 Are you tempted by an air fryer, but fear you might just get another ill-fated kitchen gadget that takes up space in your tiny kitchen? We’re here to help you out. The air fryer, which comes in several different shapes and sizes, can be a versatile addition to many kitchens, once you know what it’s capable of.

First of all, let’s clear one thing up: it’s not frying. Not really. Air fryers are more like smaller convection ovens, ones that are often pod-shaped. Most work by combining a heating element and fan, which means the hot air can usually better crisp the outside of food than other methods. They often reach higher top temperatures than toaster ovens – which is part of the appeal.

For most recipes, a thin layer of oil (usually sprayed) helps to replicate that fried look and feel better. However, it will rarely taste precisely like the deep-fried version. Don’t let that put you off, though, because the air fryer, in its many forms, combines some of the best parts of other cooking processes and brings them together into an energy-efficient way of cooking dinner. Or breakfast. Or lunch.

What to look for in an air fryer

You can separate most air fryers into two types and each has different pros and cons. Convection ovens are usually ovens with air fryer settings and features. They might have higher temperature settings to ensure that food crisps and cooks more like actually fried food. Most convection ovens are larger than dedicated air fryers, defeating some of the purpose of those looking to shrink cooking appliance surface area. Still, they are often more versatile and most have finer controls for temperatures, timings and even fan speed.

You may never need a built-in oven if you have a decent convection oven. They often have the volume to handle roasts, entire chickens or tray bakes, and simply cook more, capacity-wise, making them more versatile than the pod-shaped competition.

The flip side of that is that you’ll need the counter space to house them. It also means you can use traditional oven accessories, like baking trays or cake tins, that you might already own.