source link: https://uploadvr.com/ultimechs-gameplay-revealed/
Go to the source link to view the article. You can view the picture content, updated content and better typesetting reading experience. If the link is broken, please click the button below to view the snapshot at that time.

We’ve just got our first look at gameplay from Resolution Games’ next title, Ultimechs.

Just over a minute of footage is below, giving us our first proper look at the game, which mixes elements of Rocket League with giant war machines in arena-style matches. Based on the trailer, it’s shaping up pretty much as you’d expect. 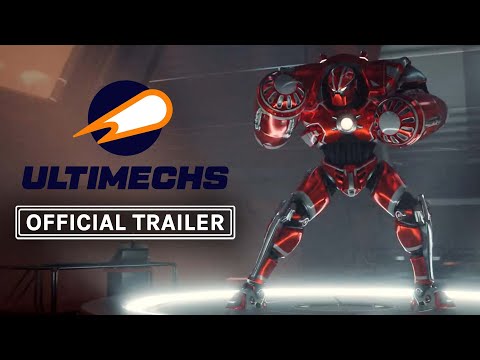 Ultimech’s core concept is pretty simple: it’s soccer but, instead of kicking the ball, you fire rockets to knock it into the goal. Players take aim and fire but, once they’ve pulled the trigger, they’re able to guide the trajectory of the attack to hit the ball from different directions. There’s certainly some potential for complex strategies in this mechanic.

In the trailer, two teams of two go head-to-head in unique mechs, though the game will also support 1 v 1. Players can travel between nodes on a map, giving the game a table football feel. It’s not confirmed yet, but it’ll be interesting to see if different mechs might come with different abilities or customization options.

Resolution Games still says Ultimechs is coming to “major VR platforms”. Currently, though, the game’s only confirmed for SteamVR. A Quest version is a safe bet, though, and we could perhaps see the game come to PSVR 2 in the future, given the developer’s interest. For now, the game’s scheduled for a 2022 release, but no final date has been revealed just yet.

What did you make of the Ultimechs gameplay? Let us know in the comments below!

Jamie has been covering the VR industry since 2014 having come from a gaming and technology background. While he loves games, he's most interested in experiential VR that explores narrative, human connection and other such themes. He's also the host of Upload's VR Showcases, which you should definitely watch.