source link: https://diginomica.com/sage-transform-banyan-treatment-center-saved-1m-sage-intacct
Go to the source link to view the article. You can view the picture content, updated content and better typesetting reading experience. If the link is broken, please click the button below to view the snapshot at that time. 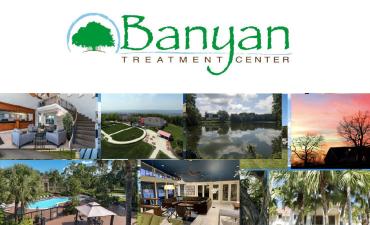 It's often hard to make the business case for streamlining financial systems in a mid-size business — there are many other claims on time and resources. But the payback can be substantial. For Banyan Treatment Center, which operates fourteen locations across the US providing care for drug and alcohol rehab, annual savings totaled more than $1 million. By consolidating reporting across all its operations, Banyan was able to identify areas of spend where it could negotiate better terms with suppliers, while automation of bank reconciliation and accounts payable made it possible to do more without expanding the finance team. While the need to integrate new acquisitions had forced Banyan's hand, any company would benefit from going through the same journey, says its CFO, Sean Mintz. He sums up:

You're able to get economies of scale from looking at all this data. It's hugely important that you do this for your company. Even if it isn't forced, and it's not a priority, it's a great experience to do this. Because you don't realize how much money you can save.

Speaking in an on-demand session as part of the Sage Transform virtual event, which opens today, Mintz says the journey began in 2018, coinciding with his arrival at Banyan as controller, at a time when its then CFO was preparing for retirement and the group was expanding. Within weeks of his joining, Banyan had acquired a facility in Pennsylvania and opened another nearby, and a few months later it made a large acquisition of two locations in northern Florida. All of the accounting was being done in separate instances of QuickBooks with no common Chart of Accounts and an entirely manual process for recording intercompany transactions. This led to massive duplication of effort across the various accounting functions, on top of which there was no consolidation with the separate billing department of around 70 people. "Nothing was checking the boxes, nothing was reconciling," says Mintz. Accounting process improvements became an immediate priority, as he explains:

Getting a handle on costs

The change from Quickbooks to Sage Intacct was initiated in October 2018 and went live in January 2019. Within three months the savings started to become visible. As well as improving and automating the accounting processes, the other main areas of impact were in financial reporting and then blending in non-financial data such as operating metrics. In healthcare, one key performance indicator is per-patient-day cost, which includes variable spend on daily patient care such as food, drugs and medicine, outings, and so on. Banyan's food costs alone at the time came to more than $2 million a year, so getting a handle on these costs made a big impact. Mintz says:

It's gone up substantially as we've gotten more centers, but we were able to even maintain that cost, and identify what facilities were doing better or worse, and why. We had no insight into that before.

Having assembled the data on food purchasing, Mintz was able to go to US Food, where many of its locations were already buying under local agreements, and consolidate all of that buying as a Group Purchasing Organization (GPO) with preferential terms. The same principle was then followed with other contracts. He explains:

Pharmacy was the next thing to look at ... and then there's smaller vendors with shredding, and those water jugs that you have in the office — all these small contracts that you can really leverage to get better buying power. You really have to go through all the contracts, see when they expire, and see what you can add on as you go. You realize how much money you can save your company by doing all this.

Bringing the data into analytics made it possible to identify other areas for savings by comparing costs by vendor or by location. For example, it became possible to compare the ingredients selected by each location's kitchens when preparing food, or look at the impact of choosing non-branded goods over more expensive brand names, and setting policies accordingly. Mintz estimates total savings on Banyan's food bills came to $450,000, while spending on pharmacy, medical and other supplies saved another $250,000. Eliminating duplication in the accounting function reduced payroll costs by another $400,000.

Although Banyan has grown significantly since that time, new automated processes have meant that the headcount in accounting hasn't had to rise — a good thing, because until moving to a new office building in the coming months, says Mintz, "I wasn't able to hire another person, because we had no room!" He adds:

I've had people go, I've had people added, but I still have six people. We went from five or six locations to 14, and we have 1,400 employees, so you really can drive efficiencies with connections. This is all after the fact that, consolidating vendors, researching data, switching to an accounting software that's appropriate, you can really drive more efficiencies, even after the fact.

Adding an automated bank feed by connecting to Bank of America CashPro has eliminated 90% of the manual data entry required for bank reconciliation. This also improves accuracy, as he explains:

You're not just talking about speed, you're talking about quality too, because [the] numbers can't be wrong. You can't put an extra five cents on something or an extra penny, because it won't go through. So you're preventing any kind of errors from happening. And it gives you more confidence that your staff is performing accurate data entry. You eliminate enough work hours to avoid hiring another accounting clerk.

Recently, the team has added AP automation using MineralTree. Incoming bills are sent via email for automatic scanning in the MineralTree system, where most items are coded using preset rules, before being uploaded to Sage Intacct every day. Where the bill can't be processed automatically — such as a one-off construction project or a repair bill for a piece of equipment — the AP team can email a query to the location from within MineralTree and get the bill approved before posting to Sage. As with the bank reconciliation, the quality of data entry has gone up because the preset rules take care of the correct coding for location and department.

As result, the entire accounting function is now 90% paperless. That's a great result for Mintz, who says: