An all-time low on Sony noise-canceling headphones, plus more of today’s best de...

source link: https://arstechnica.com/staff/2021/10/best-tech-deals-sony-wh-1000xm4-early-black-friday/
Go to the source link to view the article. You can view the picture content, updated content and better typesetting reading experience. If the link is broken, please click the button below to view the snapshot at that time.

An all-time low on Sony noise-canceling headphones, plus more of today’s best deals

Dealmaster also has discounts on new TVs and SSDs, gaming chairs, and more. 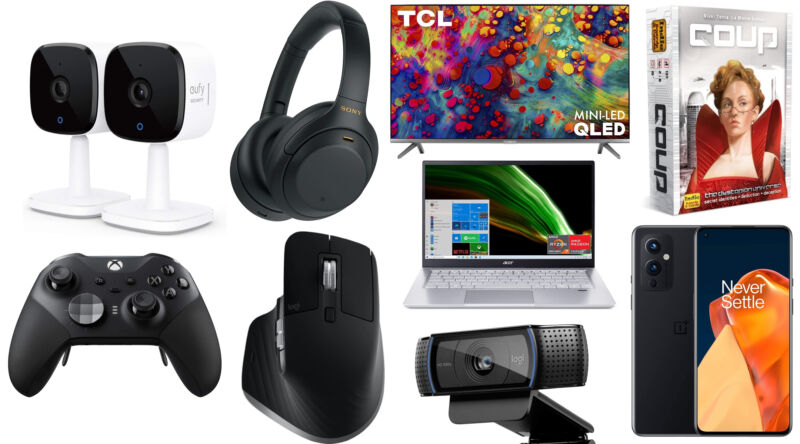 The Dealmaster has finished streaming Dune, so it's time for another round of the best tech deals from around the web. Today's rundown is headlined by the lowest price we've tracked for Sony's WH-1000XM4 headphones, which have fallen to $248 at various retailers this week. That matches the deal we highlighted during Amazon's Prime Day event and marks a roughly $80 drop from the noise-canceling pair's usual online going rate over the past few months.

We've recommended the XM4s on several occasions in the past, and they remain an excellent blend of high comfort, useful features, and top-tier noise-canceling strength. Battery life is decent, if not amazing. And while there are definitely better-sounding pairs, Sony's out-of-the-box sound serves up some powerful bass for those who prefer that type of experience (it's possible to customize the sound into something more neutral through Sony's handy smartphone app). USB-C charging, an effective "ambient sound" mode, and a "speak to chat" feature that automatically pauses your music when you need to speak all add to the package. Bose's new QuietComfort 45 may be lighter on the head, and Apple's $550 AirPods Max may have them both beat in terms of pure sound quality and noise-canceling power, but at this price specifically, the XM4 present a strong value.

Our roundup also has some appealing prices on several new 4K TVs from Sony, TCL, Vizio, and Samsung; the lowest price we've seen for the 512GB version of a recommended Samsung microSD card; a number of deals on SSDs, both internal and portable; a $20 price drop on Logitech's excellent MX Master 3 wireless mouse; a big gaming chair sale that includes models we've tested and recommended from AndaSeat, and much more. Have a look at our full curated list below.

Ars Technica may earn compensation for sales from links on this post through affiliate programs.