source link: https://www.softpedia.com/reviews/games/playstation-5/aragami-2-review-534096.shtml
Go to the source link to view the article. You can view the picture content, updated content and better typesetting reading experience. If the link is broken, please click the button below to view the snapshot at that time.

Launched in 2016, the first Aragami became somewhat of an indie reference when it comes to stealth games. The unforgiving mechanics and the lethal enemies forced players to think carefully before making even a step, fully exploiting the tactical abilities just to have a chance. So, what could be better than a lone ninja striking form the shadows? According to the developers from Lince Works a bunch of them.

If you were a fan of what the first Aragami stood for, you are in for a disappointment. Gone is the challenging gameplay and the enemies that were scarry strong and incredibly smart. Aragami 2 focuses rather on the co-op experience, dumbing down the original formula and offering repetitive maps with faceless enemies that can easily be defeated by just one player.

If you fancy value more the idea of playing with other 2 players, rather than facing actual challenges, than Aragami 2 might be your cup of tea. After going through the tutorial, you will know the basics and will be ready to turn the shadows into your real home. Again, you will become a vengeful spirit who goes through mission after mission, more out of a routine rather than following a personal motivation. 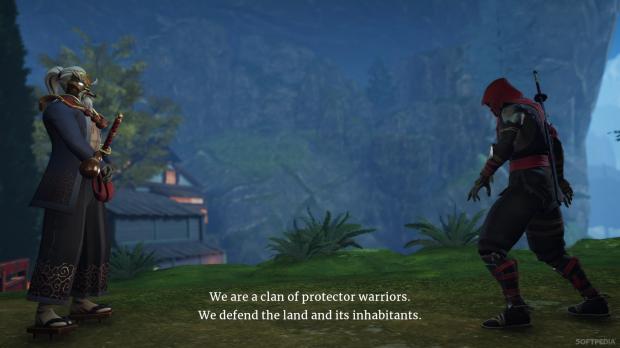 +4more
The story that is supposedly taking place 100 years after the events of the first game is almost non-existent. With the exception of a couple of cutscenes, there is no real plot and during the 51 missions waiting for you to finish you will not be able to establish any form of connection with any character. They lack proper facial animation, a convincing voice or an engaging background story.

The motives and origin of the opposing forces devolve slowly into a complete and utter nonsense, and when after nine chapters the real bad guy shows himself, you know you are close to the end of the game. It should take you around 15 hours, depending how keen you are to collect all the money and secrets hidden through the levels.

The names of the missions are just as inspired as the story itself. You know the developers have given up on having any remnant of creativity when they named missions like “Help the militia I, II, III, IV, V”. When it comes to content the lack of originality is painful. There are only a handful of enemy types that, though the game changes their colors, but nothing else. The same can be said about the mission objectives as well: you either have to collect some kind of resources, eliminate certain key opponents or kidnap some others.

The AI is more than forgiving, giving you an almost generous window of time to hide if you are about to get detected. If you were successful, you just have to wait a couple of seconds for the guards to return to their patrol. Things become a bit more interesting when some enemies learn telepathy and can detect when their mates have been turned into shish kebab. Unfortunately, the waiting game technic works on them just as well.

The easier to fool AI means that now it is substantially more tempting to loot all the money hidden in the levels. Although the locations change with every attempt, gathering the coins is not a real pain in the butt. And when you have your purse fool of coins and you set out shopping you will have a very nasty surprise. The armor and weapon upgrade you can purchase are purely cosmetic, while the gadgets like the shuriken or the bombs are necessary only during the boss fights. The runes you can forge are most essential either, and as long as you have enough healing potions you are set.

The fact that there are no checkpoints and no possibility to save during missions should be aggravating. But the levels are fairly small, easy to learn and combined with the diluted AI, they do not present a real challenge. Things are made worse by the monotonous level design, each map filling hauntingly similar to the others. This aspect also affects the co-op part. While at first you will try to sync your moves perfectly with the others, after the first couple of hours each of the party members will go after a specific objective so you can finish the mission quicker. 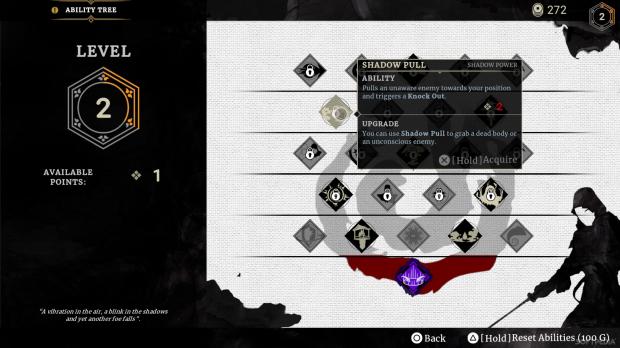 +4more
If by any chance you or your teammates are discovered, you will be forced into open combat. As long as you can read the tells of your opponent there is no real challenge since you can parry or dodge any attack. If by some bad luck you are forced into confrontation with a group of enemies, you will start discovering how buggy Aragami 2 actually is - the animations will turn into a senseless modern dance interpretation.

And the list of bugs can go on forever from small details likes stealing money through solid walls, swing endlessly on invisible walls or slid through stone walls into an eternal limbo. Yes, Aragami 2 does not handle very well its walls, and the only things worst is if you try to execute a finisher simultaneously with a co-op partner. It is worth trying just to see the effect and realize the extent to which the developers failed to actually do any quality assurance for the game.

Graphically the game looks outdated, up to the point where the facial animations are just horrible. When you look at Aragami 2 you have a feeling that this level of detail should not have been a challenge even for a PS3. The soundtrack is almost enjoyable, with a few melodies that are quite memorable, but bugs often ruin even the few moments when you try to enjoy them. 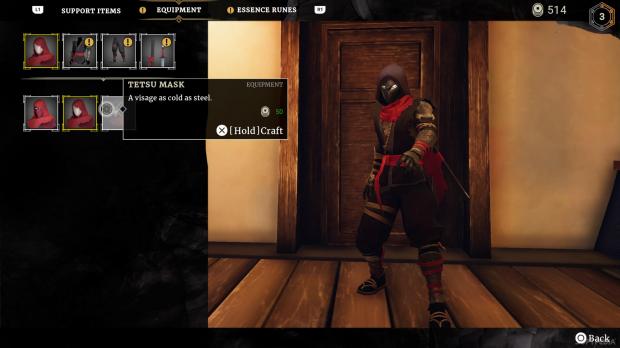 Aragami 2 tries to add a layer of co-op action on top of its core stealth gameplay. Funny enough the stealth and combat mechanics are anything but co-op friendly.  It feels like a half-baked release, with the developers having no clear direction how to continue the first game.

It has its moments in co-op, but even those are ruined by the glitches and bugs. After the first few hours it becomes a repetitive grind and there is no real motivation for anyone to finish it. Aragami 2 is a completely unworthy and unmemorable sequel.

Review code provided by the publisher.