source link: https://scottlocklin.wordpress.com/2021/02/17/planning-of-invention-part-1-burton-klein-and-dynamic-economics/
Go to the source link to view the article. You can view the picture content, updated content and better typesetting reading experience. If the link is broken, please click the button below to view the snapshot at that time.

Posted in Progress by Scott Locklin on February 17, 2021

Burton Klein is a name rarely heard these days. He’s a man that doesn’t even rate a wiki entry; less important than Rachel Dolezal, apparently. If you google his name, you’ll get a few of his pieces from his years at RAND, and Harvard still shilling his (excellent) book from 1977. I suspect he’s largely been forgotten; there are a few citations of his book through the 90s, but precious little since then. Klein was interested in innovation (his word, more or less, is “dynamism”) during a time of obvious American cultural, economic and technological stagnation; the 1970s. Most economists then as now were useless ‘spergs who had a hard time noticing obvious things, like the fact that different kinds of companies have existed, and corporate culture might be important. Klein was asked to do practical work during WW-2, so he was well able to state the obvious. His classification of firms:

Type 2: “Middle-class rationality” is associated with ideological inbreeding and is commonly employed in making slow history.

Type 3: “Accounting rationality” is associated with a zero rate of ideological change and is commonly employed by profit maximizing firms in a temporary equilibrium with an unchanging outside environment.

Type 4: “Conservation-of-power rationality” is associated with organizations which have such a lot ability to deal with unpredictability that they must manipulate the rules of the game if they are to survive.

Klein follows some case histories of companies through their innovative stages towards sclerosis. During innovative stages, companies are generally in constant danger through technological upheaval. To put a more recent example; early google had a very good idea with pagerank, then proceeded to have many more very good ideas which made them the megacorp they are today. Google could have died any number of times in the early days when the server farm was held together with baling wire and nerd sebum. Later they went through a tedious “me too” stage where they stole a bunch of other companies ideas and bought out competitors …. and proceeded to do nothing with them; Orkut, Hangouts; very long list. I think Google was already type-3 by 2008 or so, and has been type-4 for the last few years where they attempted a merger with the government rather than be subject to anti-trust regulations.

While it’s fun to shit on once great megacorps who have gone past fat Elvis and on into malicious Mr. Magoo stage of corporate life, the real thing we’re interested in is type-1 companies and the conditions which make them possible and successful. Without type-1 companies there is no innovation; no new technology for ordinary people, and no increases in productivity for the over-all health of the economy. Type-2 and 3 companies are also necessary for happiness of the human race; otherwise first movers get all the returns, and they’re not always well equipped to efficiently deliver value to society. This is difficult for innovators to accept; their inventions might be better delivered to humanity by a type-2 or type-3 company, but the examples of this are too numerous to mention. Type-4 companies are entirely malicious and they should, of course, be destroyed and the pieces kept to a higher degree of evolution for the good of the human race. Either that, nationalized or kept under strict public supervision; like power companies. We have anti-trust laws because of type-4 companies.

The quality of dynamism (aka type-1 companies; what we call innovation, more or less) is the engine that makes capitalism a superior economic system to various forms of planned economies. Even the Soviets realized this, which is why the Soviet Union had dozens of competing design bureaus for their aerospace and other critical technological developments. Ideology didn’t matter much in matters of national security; things that worked mattered. Companies or Soviet design bureaus do not take risks and innovate unless they’re afraid of their competitors. If they have no competitors, they don’t do anything useful: they’ll display all the dynamism of a sclerotic government bureaucracy. They may fake like they’re doing things; they may even add to academic research as Bell Labs, the pre-1965 national lab system, and to a ridiculously more humble extent,  Google -X did. But the fruits of the research won’t be used for anything real: only type-1 companies ship innovative, actual technologies to customers, which is the only kind of R&D that counts for anything in the corporeal world.

Type-1 companies need not be tiny little startups, though some small tech startups are type-1 (more are type-2 -some becoming type-1 later). Great periods in innovation in heavy, capital intensive technology were done by medium size firms, with groups or subsidiaries within the firm being something like the Dunbar number producing the greatest payoffs. The skunkworks of Kelly Johnson is a canonical example; highly innovative, efficient subsidiary of a much larger firm. Early Ford motor company was another example; a few hundred people all working in one place, all with access to the boss. 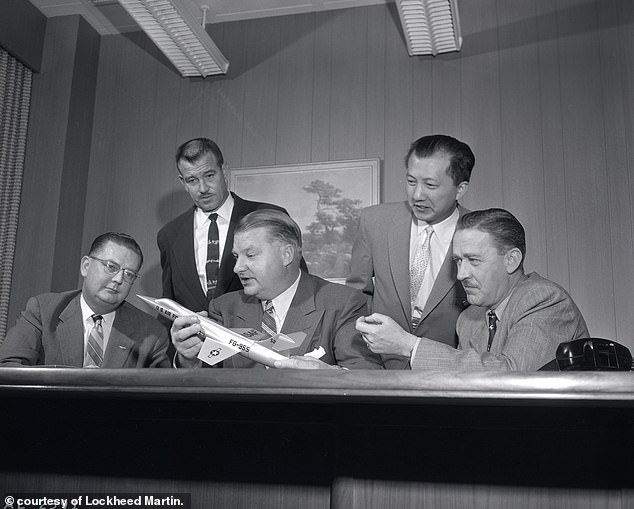 One thing type-1 companies have, and Klein even used the word, is diversity. Not the fake virtue word as it is used today (afaik in common usage, that term mostly means baskin-robbins hued wealthy NPCs, h1b slaves and political komissars) -actual diversity in skill, social class, perspectives, family background and so on. Engineers, product developers, executives, laborers and machinists all working on the manufacturing floor. Henry Ford was probably as successful as he was because he was an uneducated man of humble means, rather than a fancy-pants upper middle class engineer as most other car executives he was competing with. As a result of his humble background, he saw the possibility of selling cars to the ordinary man, rather than keeping them as toys for the rich. W. Edwards Deming introduced this idea to Japanese firms, and while American car companies forgot it, the Toyotas of the world realized that one needs to “Break down barriers between departments. People in research, design, sales, and production must work as a team, to foresee problems of production and usage that may be encountered with the product or service.” Lack of hierarchy in such diverse groups is also incredibly important. Obviously someone at the top needs to make the important decisions, but the breakthrough ideas can come from anyone. If your line engineer or machinist is kept silent by some apple-polishing, scheming middle manager, his insights will be lost by the firm.

Dynamic firms tend to hire more contractors and bring in more outside tech experts. Same story as the lack of hierarchy in the management scheme. Contractors and outside experts bring new ideas. They also make better use of academics. Academics brought in for insights into new areas can be a real force multiplier. Academics these days are mostly useless bureaucrats, but back in the day they often had specialized knowledge which could be of extreme value to a dynamic firm. But the academics weren’t allowed to capture the firm: the firm is there to make money and ship new products, in that order. Academics should be kept as outsider experts. Internalizing a hierarchical academic mindset, even back then, was death to dynamism. Ask Shockley and the traitorous 8.

Organizational simplicity and a high degree of independence is an absolute necessity for dynamism; you will never see a complex org chart in a dynamic company or subsidiary. Organizational complexity is a sign that the innovative days are well and truly over: the complexity is needed to fully exploit the new ideas, or not so new ideas, and is mostly a sign of type-3 companies. The strength of a diverse workforce and low degree of hierarchy is the ability to generate new ideas and deal with uncertainties and changing situations. If everyone in a company is ideologically the same (Klein’s word mind you) they’re not going to be able to deal with changing, dynamic conditions. If your world is deterministic, as it often is in the case of monopolies or regulatory capture, you can afford ideological consistency in the workforce; it might even help drive efficiencies. But if something changes, barring government bail-outs, the ideological dinosaurs will go extinct.

Klein notes that technological break throughs follow an S-curve. Idiots in tech talk about exponential growth; S-curves are approximately exponential in early days. They’re of course sub-linear in later days. Recognition that all growth is an S-curve is one of the fundamental truths that Klein gets right and a lot of other people get wrong. Everyone in the startup business wants that sweet, sweet exponential part of the S-curve, but you only hit it by being type-1 or type-2.

As we all know, high returns come from taking risks; it’s one of the fundamental economic laws of nature that is captured in the CAPM. You create new things and enormous value when taking risks. Doing the same thing over and over, slightly more efficiently is useful and necessary, but it isn’t going to be an innovative or dynamic company. You need the big, complex hierarchy to profit from the rest of the S-curve. You need everyone in one big room for the exponential part.

Notice how founders are on production floor with everyone else

Thinking to one of the great historical examples: why was it that Fairchild, a fairly low-technology “type-3” camera conglomerate, was able to profit from semiconductor physics, while mega technology corporations of the day, like Sylvania, IBM, and GE, which had huge high technology vacuum tube electronics operations were not? The latter companies certainly made some contributions to semiconductor industry, but it was the weird camera company that changed the world. Well, the dumb-ass camera and airplane-part company funded an independent subsidiary with option to buy, because Mr. Fairchild remembered what it was like in the early days of his firm. They took a risk and funded a skunk works; it worked, and we live in a vastly different world because of it.

Klein predicted the sclerosis that would hit the over-all American economy; everything from affluenza among the middle classes, to soaring real estate prices as a form of inflation, to the inability of corporations to deal with changing conditions without government interference. He even predicted the growth of microstability; predictability in the returns of large corporations, mostly due to rent-seeking parasitism, pushing risk taking off on poor people, and making for social unrest and macro-instability (aka the last 20 years in America). We should learn the lessons of his work in building new companies.

Incidentally, speaking of sclerotic companies; if anyone has a way of migrating content and comments off of wordpress; I had to host the images for this post elsewhere because wordpress image upload seems to be failing. Preference for offshore or distributed systems for reasons which should be obvious.

changed the world because he listened to a former meat packer instead of engineers, u mad bro