source link: https://techcrunch.com/2020/12/21/despite-economic-downturn-space-startup-funding-defies-gravity/
Go to the source link to view the article. You can view the picture content, updated content and better typesetting reading experience. If the link is broken, please click the button below to view the snapshot at that time.

Plus: what Spacefund and LMVC look for in founder teams 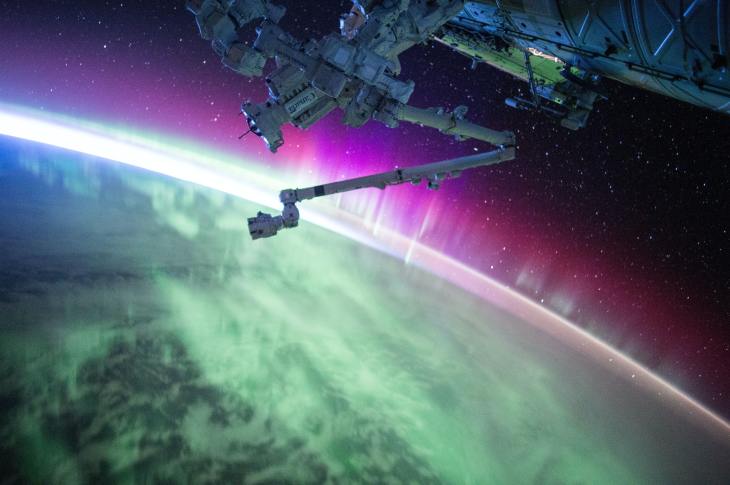 The COVID-19 pandemic might have upended the global economy, but according to Meagan Crawford at Spacefund and Chris Moran with Lockheed Martin Ventures, it didn’t dampen investment in space startups.

The space industry has enjoyed a honeymoon period with hundreds of startups popping up in the past five to seven years following SpaceX’s success.

Spacefund research conducted earlier this year found that there is almost no correlation between the global economy and the space industry, said Crawford, a managing partner at the VC firm, last Thursday at TC Sessions: Space 2020. Crawford and Moran both agreed that interest and investment in space will increase as more startups have successful exits.

“We looked back historically over the last decade and a little bit more, and it turns out that even during the 2008-2009 economic downturn, the space industry continued to grow at 7% per year,” Crawford said, adding that they saw almost no correlation between the performance of the Global S&P 1200 and the space industry.

“I think a lot of this has to do with a big portion of the industry coming from government budgets, which provides a lot of stability even in economically rough times, as well as the industry being in such high demand and going through such a high-growth phase right now that even the pandemic couldn’t really slow it down,” she said.

Early-stage investments did suffer at the beginning of the year, Moran noted after the event, but added that it appeared to be temporary.

“Firms were circling the wagons on their portfolios, in-person incubator programs went on hiatus, so there were fewer early-stage companies out there and less money for those companies,” he said, adding that Pitchbook data confirmed LMVC’s suspicions and showed a 25% to 27% drop in new company formation over that time.

Since September, LMVC has seen a spike in new companies. Meanwhile, incubators and accelerators have adapted to COVID-19 restrictions, Zoom made face-to-face meetings easy and life “as usual” started back up again, Moran added.

The space industry has enjoyed a honeymoon period with hundreds of startups popping up in the past five to seven years following SpaceX’s success. Moran said this unabashed growth period will continue for a few years before narrowing.

“So like any any industry in VC, you see a lot of people jump in and then as business models collide and the need to generate some sustainable business happens there’s a lot of winnowing and narrowing of the field,” Moran said. “We’re probably still in that growth period, but I imagine over the next few years, we’ll start seeing this winnowing and really focus on the folks who have a technology and a business model that will be successful long term.”

Right now, the entire industry is funded on private capital, said Moran, who predicted investing is going to grow for some time as long as people see the excitement and promise of the industry. He added that easy access to public markets — notably the rise in mergers with special purpose acquisition companies — could drive even more money into space.