source link: https://fuzzyblog.io/blog/aws/2020/04/08/the-two-aws-rds-postgres-errors-i-always-make.html
Go to the source link to view the article. You can view the picture content, updated content and better typesetting reading experience. If the link is broken, please click the button below to view the snapshot at that time. 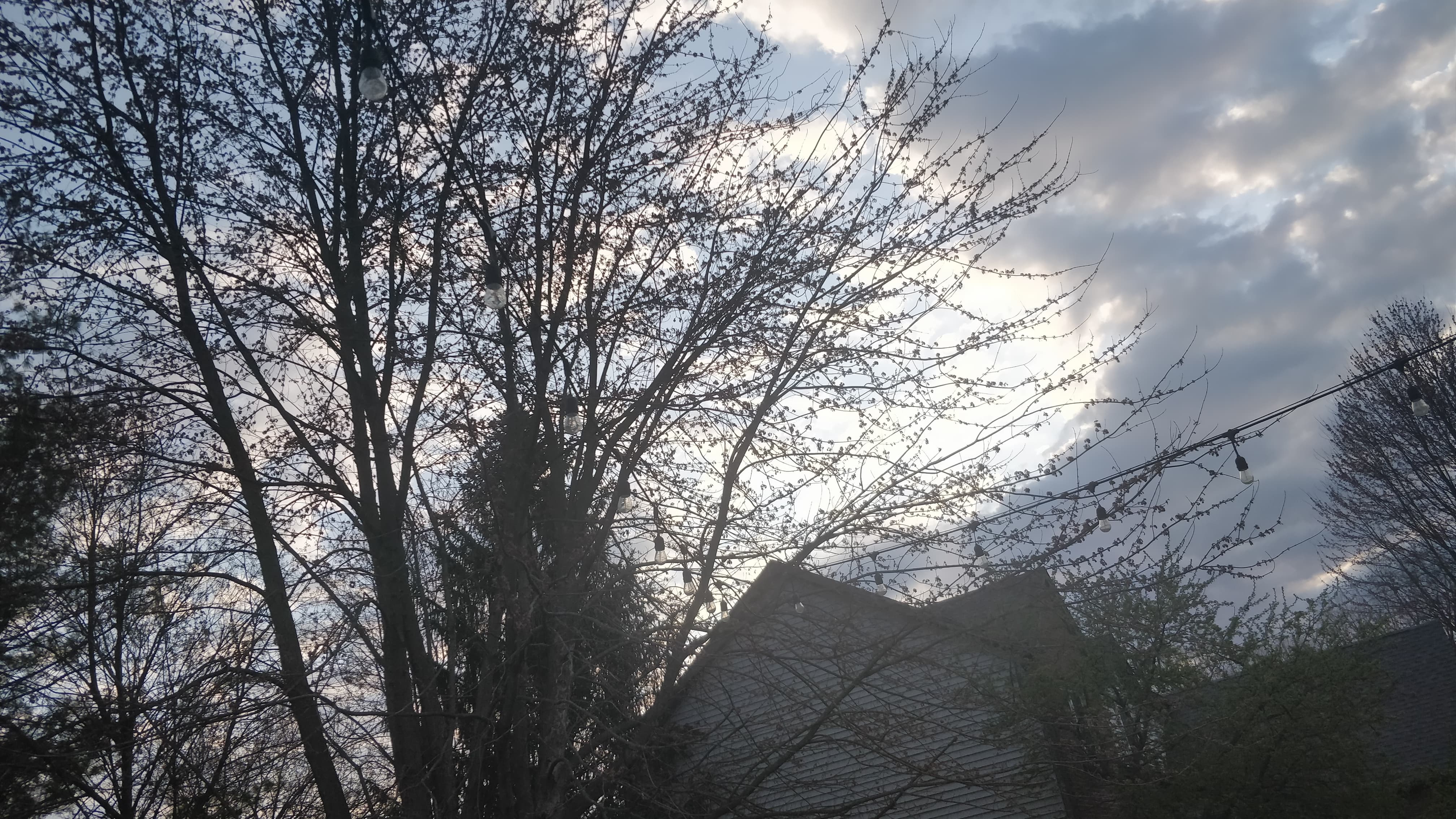 There are two errors, nay three, I make almost every single time I create an RDS postgres instance and I thought "maybe it is time to write them down and (hopefully) curse less" the next time.

Note: I wrote this as a text post with pictures below so that the quick answers appear first before a whole bunch of screenshots.

When you create a "database" on RDS you are actually creating a database server on which you then create the database itself. Now the core issue here is that AWS makes it very hard, at least when you are making a Postgres database to create that database later. I'm sure there is a way but, yesterday, in a few hours of messing with this, I never found it. What I had to do was drop my database server and walk through the creation process again, finally finding it nested away in an expandable section of the user interface.

When you are walking through the "Create Database" form, there is a final section called "Additional Configuration". If you expand this then the very first option is "Initial Database Name" along with the helpful message:

If you do not specify a database name, Amazon RDS does not create a database.

Groan. Keep in mind that this whole feature starts on a web page titled "Create Database" (but the default is to NOT create a database).

Error 2: Not Putting the Database Server in the Same VPC

Generally speaking most of us tend to use a single VPC (virtual private cloud) for our AWS boxes. Despite this it is not guaranteed that your database server ends up in the same VPC as your other boxes unless you explicitly specify this.

Error 3: Not Putting the Database in the Same Security Group

Note: I use a highly simplistic approach to AWS security groups. If you find the paragraph above laughable, well, yes.

Shown below are a handful of screenshots from this process. 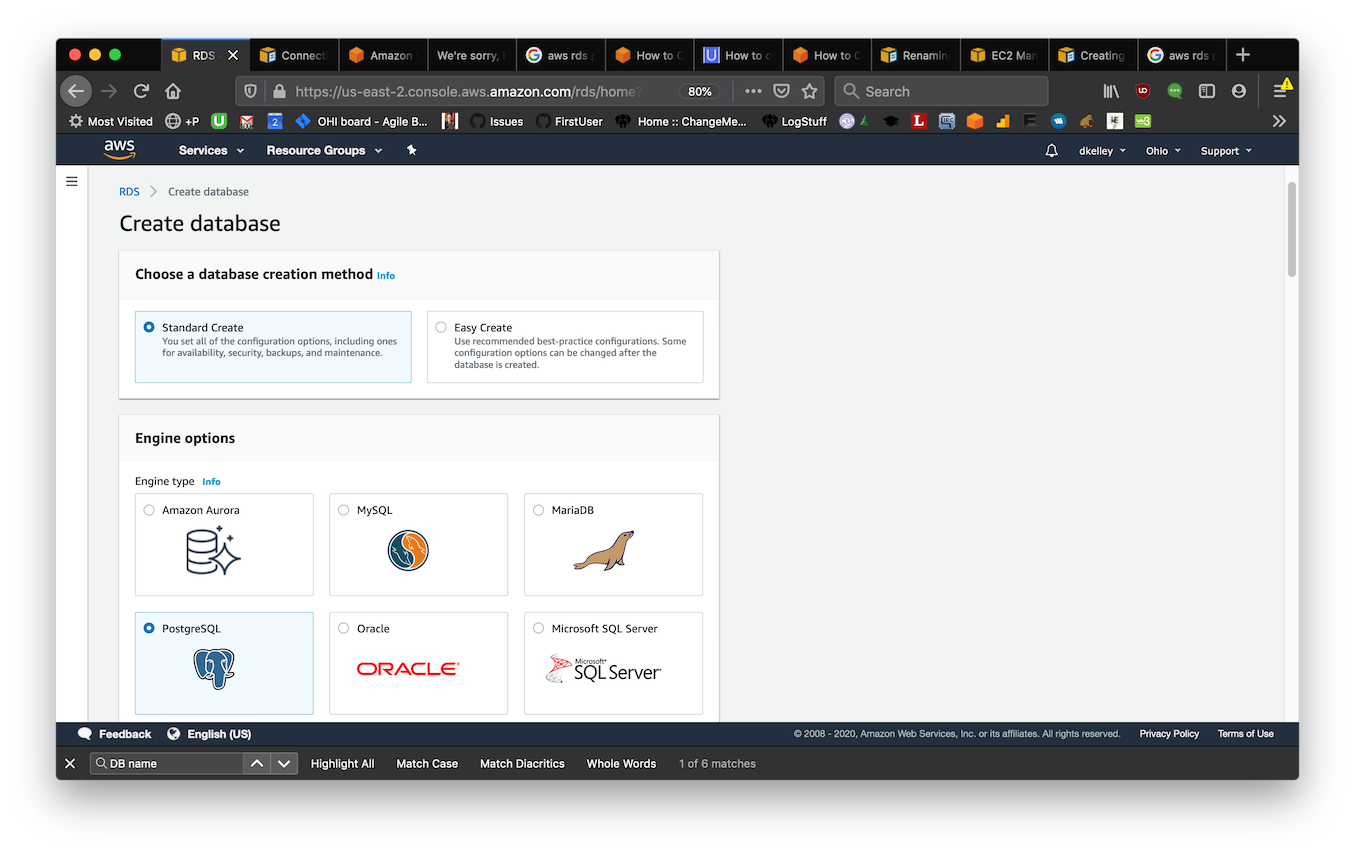 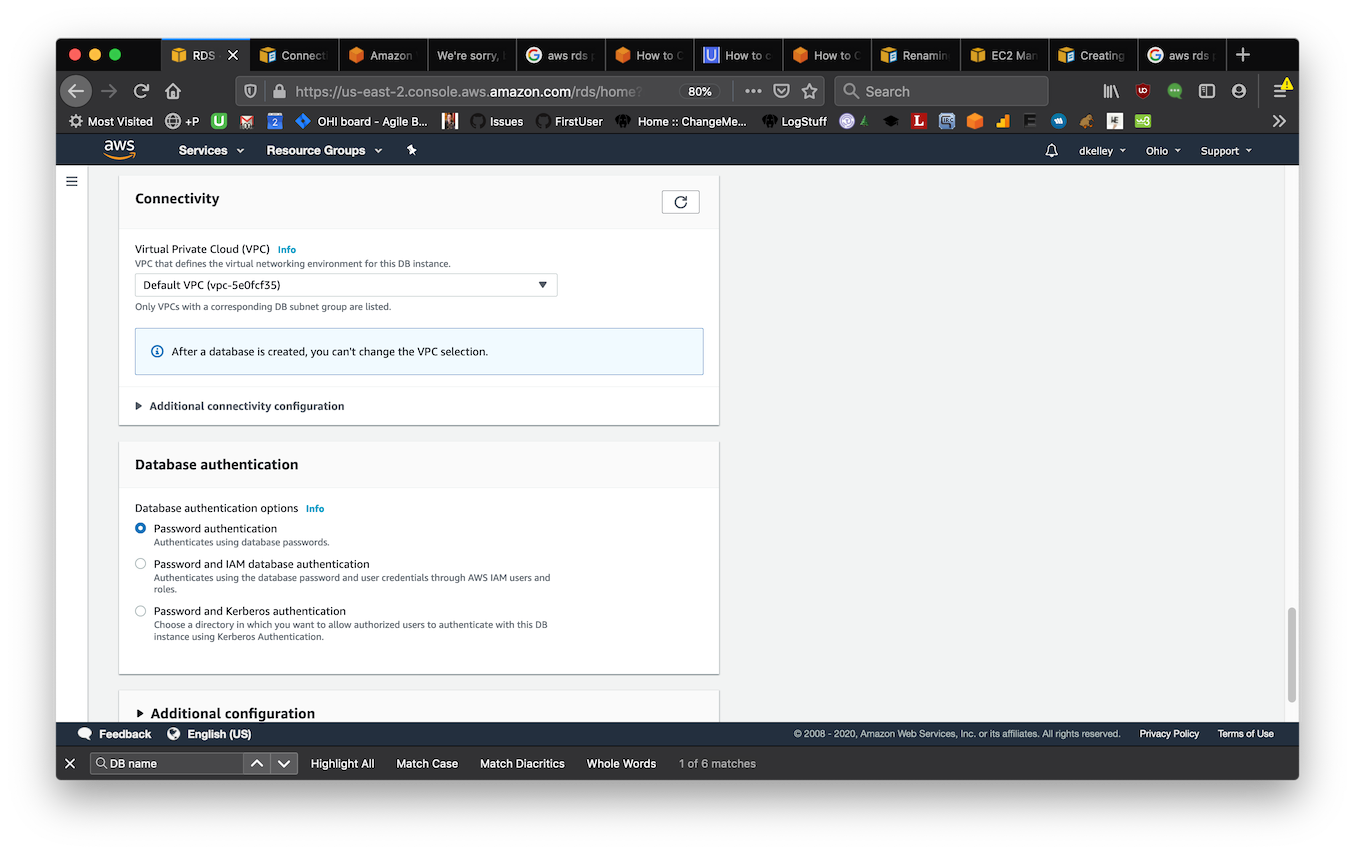 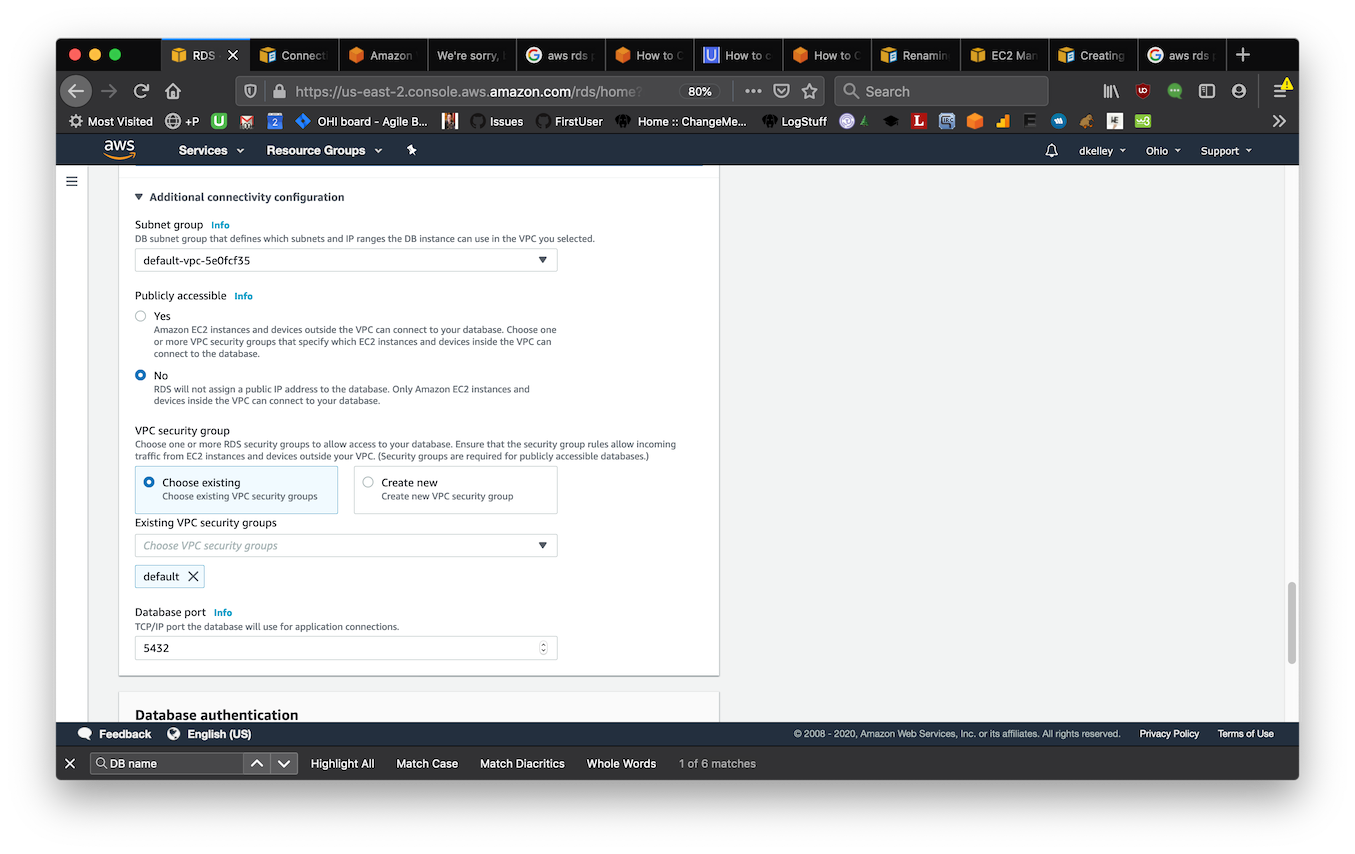 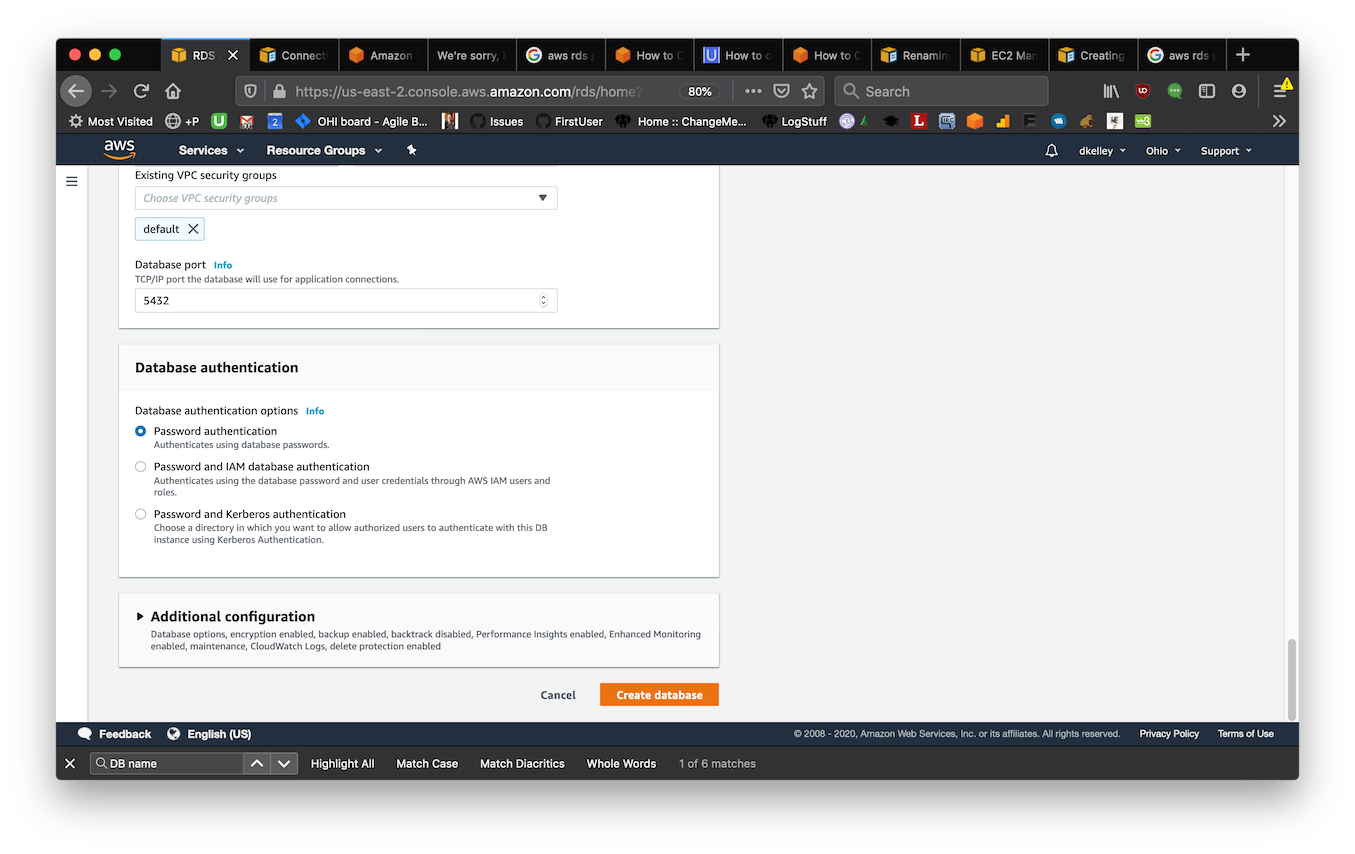 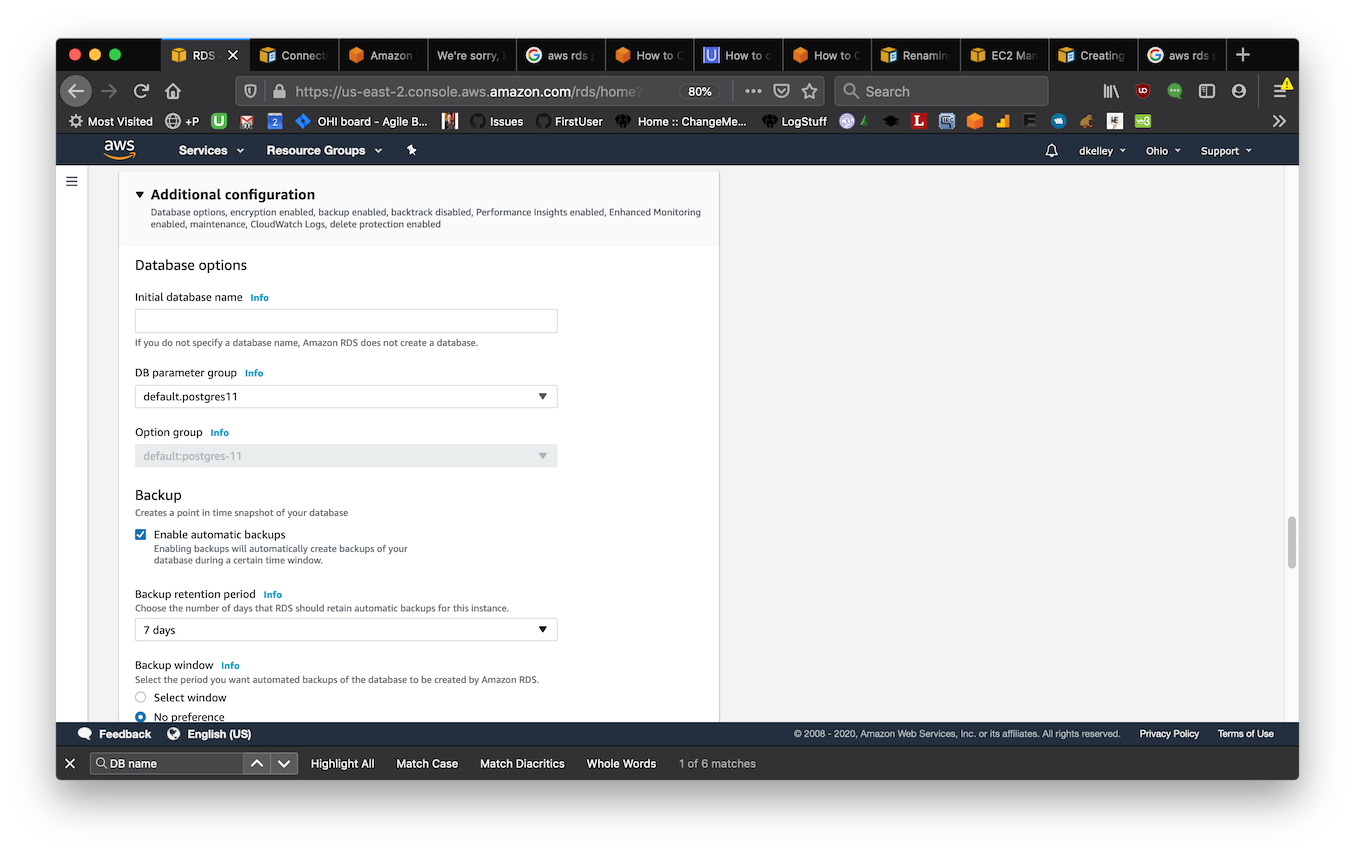