Tesla debuts an actual, mechanical prototype of its Optimus robot

source link: https://finance.yahoo.com/news/tesla-debuts-optimus-humanoid-service-robot-ai-day-2022-012054385.html
Go to the source link to view the article. You can view the picture content, updated content and better typesetting reading experience. If the link is broken, please click the button below to view the snapshot at that time.

Tesla debuts an actual, mechanical prototype of its Optimus robot 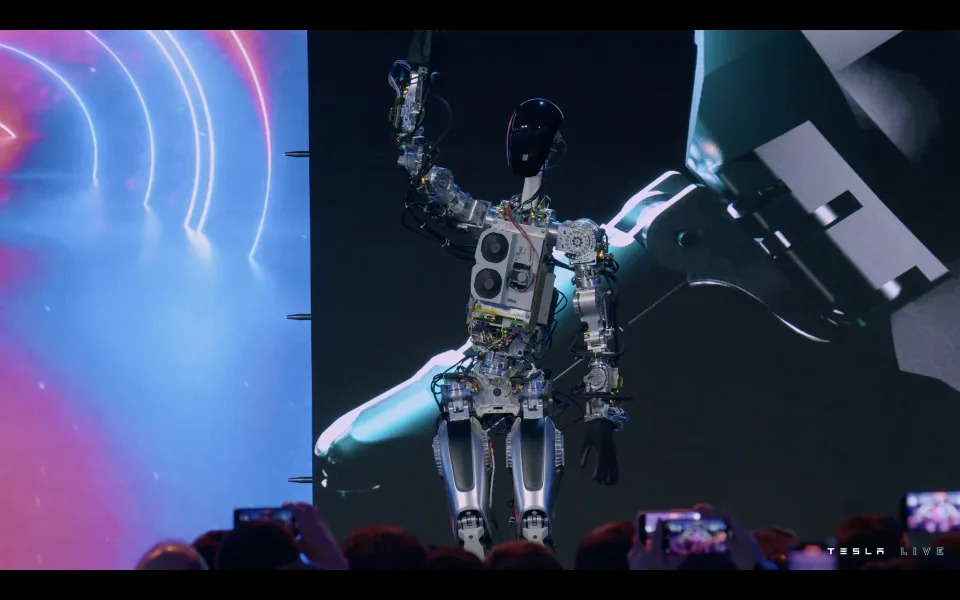 It seems like just yesterday that Elon Musk ushered a gig worker in a spandex suit onto the Tesla AI Day 2021 stage and told us it was an robot — or at least probably would be one eventually. In the intervening 13 months, the company has apparently been hard at work, replacing the squishy bits from what crowd saw on stage with proper electronics and mechanizations. At this year's AI Day on Friday, Tesla unveiled the next iteration of its Optimus robotics platform and, well, at least there isn't still a person on the inside? 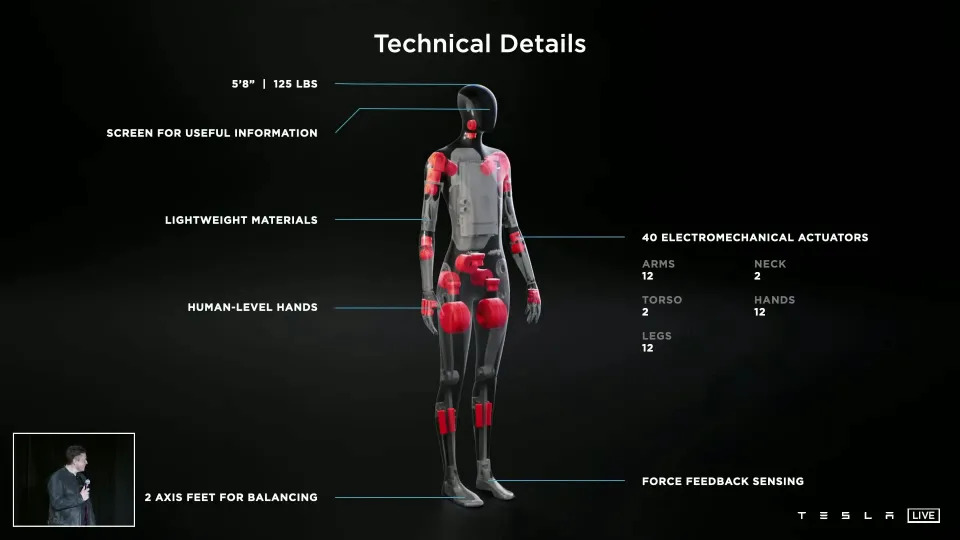 Tesla CEO Elon Musk debuted the "first" Optimus (again, skinny guy in a leotard, not an actual machine) in August of last year and, true to his nature, proceeded to set out a series of increasingly incredible claims about the platform's future capabilities — just like how the Cybertruck will have unbreakable windows. As Musk explained at the time, the Optimus will operate an AI similar to the company's Autopilot system (the one that keeps chasing stationary ambulances) and be capable of working safely around humans without extensive prior training.

Additionally, the Tesla Bot would understand complex verbal commands, Musk assured the assembled crowd, it would have "human-level hands," be able to both move at 5 MPH and carry up to 45 pounds despite standing under 6-feet tall and weighing 125 pounds. And, most incredibly, Tesla would have a working prototype for all of that by 2022, which brings us to today. 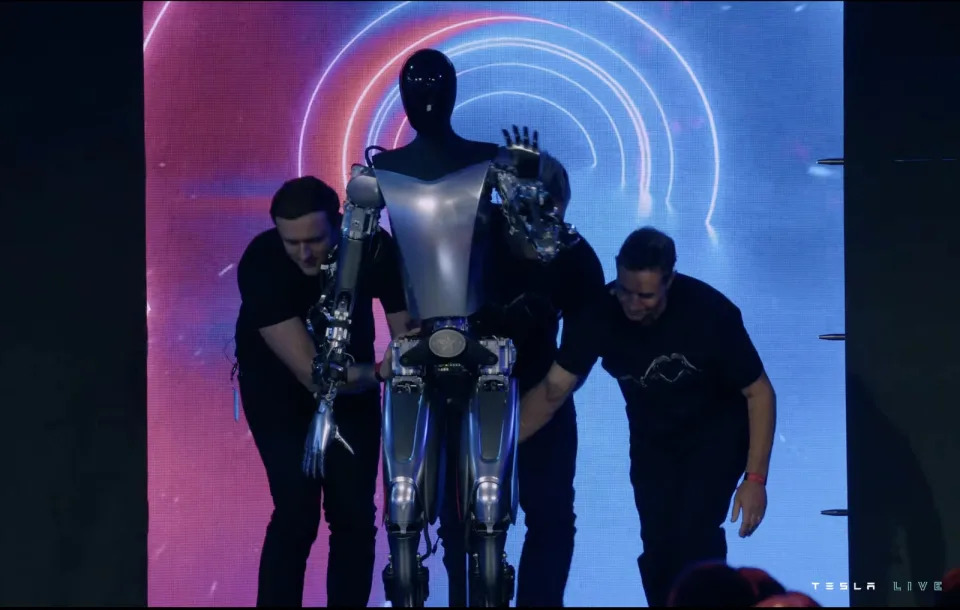 Kicking off the event, CEO Elon Musk was joined almost immediately on stage by an early development platform prototype of the robot — the very first time one of the test units had walked unassisted by an umbilical tether. Lacking any exterior panelling to reveal the Tesla-designed actuators inside, the robot moved at a halting and ponderous pace, not unlike early Asimos and certainly a far cry from the deft acrobatics that Boston Robotics' Atlas exhibits. 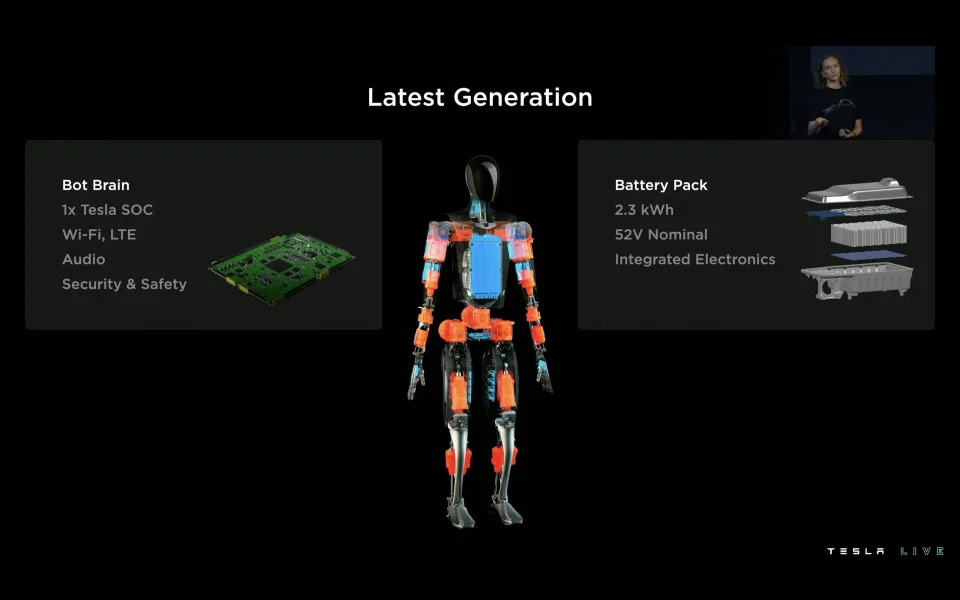 The Tesla team also rolled out a further developed, but still tethered iteration as well, pictured above. "it wasn't quite ready to walk," Musk said, "but I think we'll walk in a few weeks. We wanted to show you the robot that's actually really close to what is going to production."