source link: https://www.neowin.net/news/ocp-22-worlds-first-seagate-nvme-20-hard-disk-hdd-is-now-in-flesh-and-blood/
Go to the source link to view the article. You can view the picture content, updated content and better typesetting reading experience. If the link is broken, please click the button below to view the snapshot at that time. 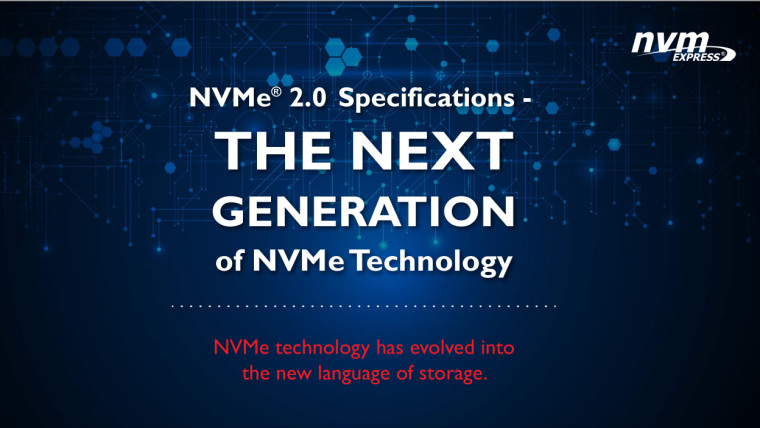 In June last year, the NVM Express (NVMe) consortium announced the NVMe 2.0 specifications. As expected, the new specs brought in several improvements and features, one of which was the ability to support rotational media on the NVMe interface, essentially meaning that NVMe hard disk drives (HDDs) would be a real thing if things went as planned.

Later on in November, at the Open Compute Project (OCP) Global Summit 2021, Seagate became the first company to talk about the world's first NVMe HDD prototype. In a demo, Seagate and its partners devised a 2U 12-bay JBOD enclosure via a PCIe switch to demonstrate the benefits of NVMe hard disks.

Now, almost exactly a year later, courtesy of StorageReview, we have a glimpse of what an NVMe HDD would look like as an almost-finished ready-for-retail sample. The sample was demoed at this year's OCP Global Summit 2022 event. 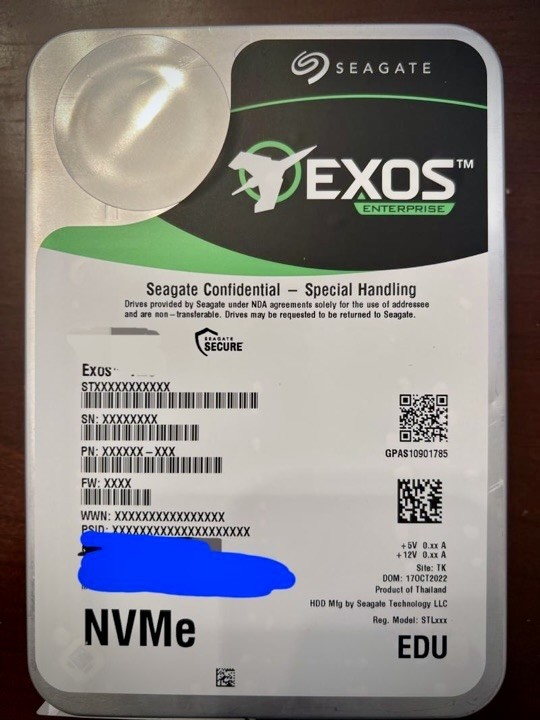 While on the surface it looks like any Seagate Exos drive - which is the company's premium enterprise grade HDD lineup - the letters "NVMe"clearly stand out on the 3.5" SKU as it's not the norm on current products.

In terms of capacity, the NVMe HDDs might be 18TB models as Seagate had previously labeled the Exos X18 branding on the prototype. However, this is not confirmed at the moment.