WhatsApp users can now express themselves with avatars

source link: https://www.neowin.net/news/whatsapp-users-can-now-express-themselves-with-avatars/
Go to the source link to view the article. You can view the picture content, updated content and better typesetting reading experience. If the link is broken, please click the button below to view the snapshot at that time.

WhatsApp users can now express themselves with avatars 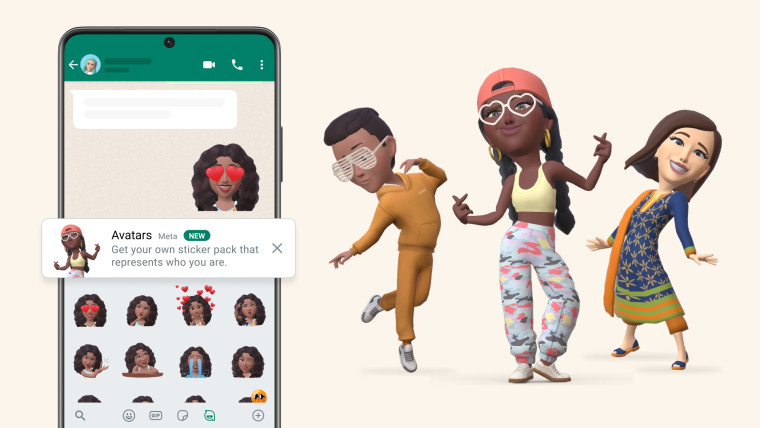 Meta has announced that WhatsApp users can now express themselves using customizable avatars. The avatars can be used as your profile picture and in 36 custom stickers to respond to friends and family in a manner that expresses your emotions. The company said that this new feature will be rolling out to users everywhere from today.

According to Meta, this will be the first time that many people have created an avatar. It said the feature can help people to represent themselves, even if they don’t want to use a real photo, boosting their privacy. Over time, Meta plans to expand customization options to include lighting, shading, hairstyle textures, and more.

Meta’s statement about the new avatars was fairly brief, it didn’t say whether Facebook avatars would sync over to WhatsApp or whether users are expected to make a new one from scratch. Hopefully, avatars will sync across, so users don’t need to take time out to recreate them. Having them sync between platforms would be nice.

With today’s announcement, Meta is making more people familiar with the concept of avatars. They will play a central role in Meta’s metaverse. Their introduction to WhatsApp could make people more comfortable with avatars and more receptive of the metaverse when Meta attempts to get more people to connect.

To use avatars in WhatsApp, look out for an update to the app, then you should find an option somewhere in the app to set up your avatar.