Microsoft Forms will soon get a host of new features

source link: https://www.neowin.net/news/microsoft-forms-will-soon-get-a-host-of-new-features/
Go to the source link to view the article. You can view the picture content, updated content and better typesetting reading experience. If the link is broken, please click the button below to view the snapshot at that time.

Microsoft Forms will soon get a host of new features 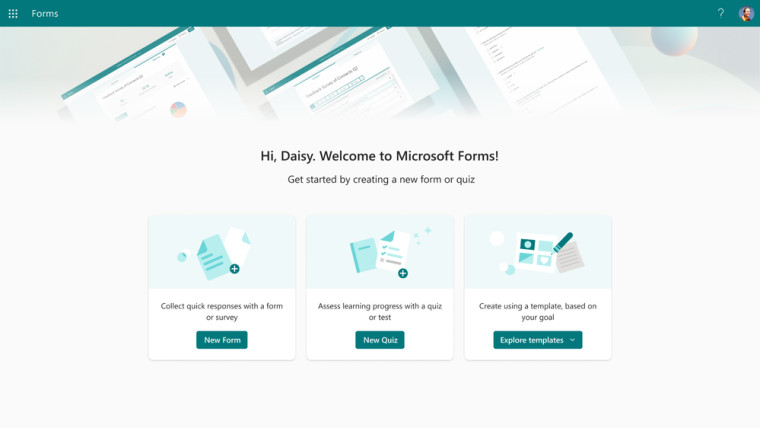 After introducing a "long expected feature" in Microsoft Forms, the software giant wasted no time developing new functionalities for its online forms builder. Microsoft has shared an update about some of the upcoming features it has been working on and when they will be available for users.

One of the upcoming features is the ability to create "elegant" invitation cards by incorporating background music and vivid images to them. When it becomes available to all, you may not have to look elsewhere to create an invitation card for casual events and parties. As per Microsoft 365 Roadmap page, these customization options will come to Forms in January next year.

Microsoft is all set to introduce two more changes to Forms this month. For starters, the company will bring new AI-suggested templates to let you design your cover page for forms or surveys. These new templates will be available in the Theme setting pane. Another significant change coming to Forms this month is the ability for users to "send forms with the permission setting of anyone can respond to external users by email."

However, it is worth pointing out that Microsoft can backtrack on its promise of launching these changes in the said months. It launched the dark mode for Word for the web five months after the promised delivery date. We hope that history does not repeat itself.

If you are someone who uses Forms, which of the aforementioned feature(s) do you think will be most useful for you? Let us know in the comments.