source link: https://www.neowin.net/news/microsoft-flight-simulator-is-now-10-million-players-strong/
Go to the source link to view the article. You can view the picture content, updated content and better typesetting reading experience. If the link is broken, please click the button below to view the snapshot at that time. 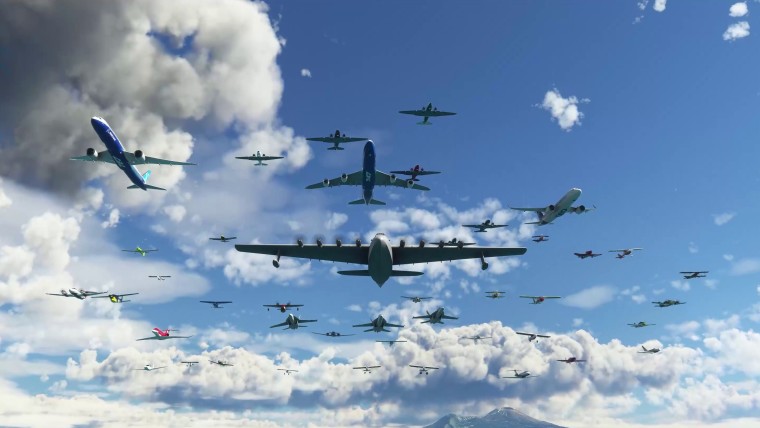 The latest iteration of Microsoft Flight Simulator has reached another major player milestone, with 10 million virtual pilots taking to the skies since its launch. When the simulator launched in August 2020 for PC, it managed to gain over one million players in just two weeks. The popular title has passed the 10 million players mark just over two years later.

The impressive number counts players who have jumped into the sim from the Microsoft Store, Steam, Xbox Series X|S, Xbox Cloud Gaming, as well as Xbox Game Pass and PC Game Pass subscriptions. Unfortunately, Microsoft did not provide any platform numbers to better get an idea of player distribution in its announcement today.

What it has detailed are some of the accomplishments players have made in the sim since its launch, with 40 billion miles being flown in total across 500 million flights. This amounts to 10 million trips around the Earth, or 200 round trips from the Earth to the Sun.

Microsoft Flight Simulator alsoholds the title of being Microsoft's longest-running franchise, with version 1.0 first landing in 1982. Celebrating its 40th birthday, a 40th Anniversary Edition free upgrade hit the latest iteration of Flight Simulator just last month, bringing helicopters and gliders into the mix for the first time. Free updates that add further enhanced regions and cities continue to roll out as well.