source link: https://arstechnica.com/gadgets/2022/11/best-black-friday-laptop-deals/
Go to the source link to view the article. You can view the picture content, updated content and better typesetting reading experience. If the link is broken, please click the button below to view the snapshot at that time.

The best Black Friday laptop deals we can find

Some favorite and notable laptops are getting solid discounts this week. 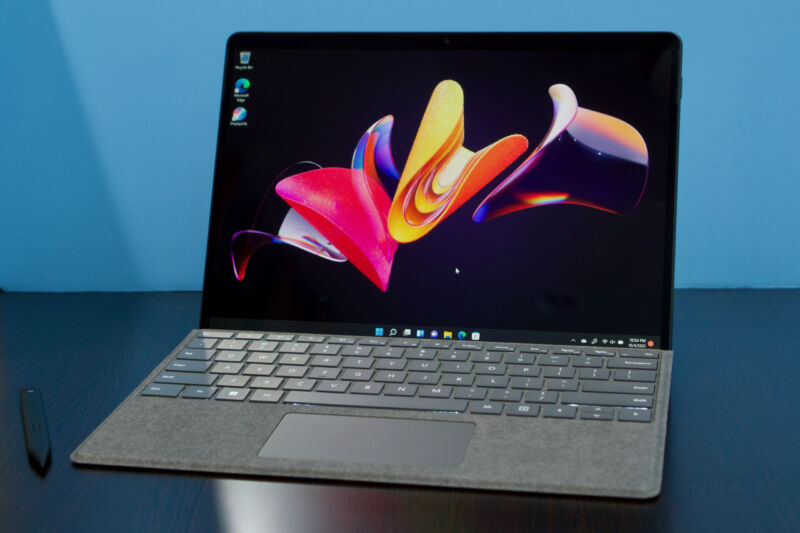 Black Friday laptop deals are as American as pumpkin pie. But tracking down worthwhile options can be tricky. Each model has variants, each of those variants have configurations with too many sound-alike model numbers (thank you, Intel), and many of the model names are unmemorable names.

We spend a lot of time looking at laptops and writing about them at Ars, so we've gone through the deals and highlighted the most noteworthy options, based on the laptops we've reviewed and know. Here are some laptop computer deals we think are worth knowing about.

Ars Technica may earn compensation for sales from links on this post through affiliate programs.

It’s not a mandatory upgrade over its M1-based predecessor, but the M2-powered MacBook Air is the best laptop for most kinds of Mac users. Thanks Apple's impressive M2 processor, this entry-level model can do a lot with just 8GB of RAM, though the 256GB storage might push storage-hungry types to the Pro (also on sale right now). 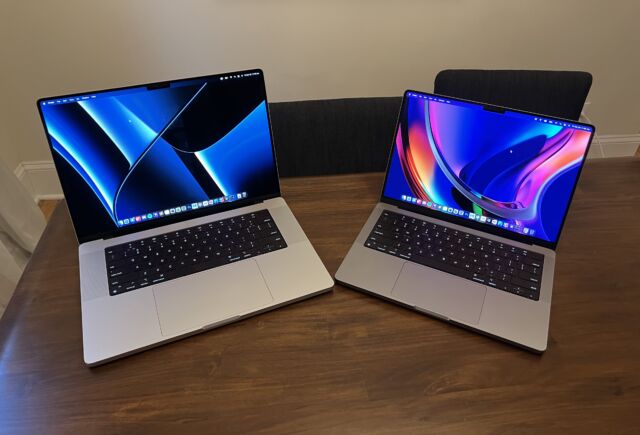 The 2021 MacBook Pro is the hardware hard fork we’d been waiting for, a return to usable ports, reasonable keyboards, and function keys, largely powered by the advent of Apple’s own silicon. Ars’ Samuel Axon dubbed it “the best laptop money can buy for many use cases, provided you have a lot of money.” For a brief period, it’s a good bit less money at Amazon. A 14-inch model with an M1 Pro chip, 16GB RAM, and 512GB storage is $1,599 ($400 off). The same deal is available at Best Buy. 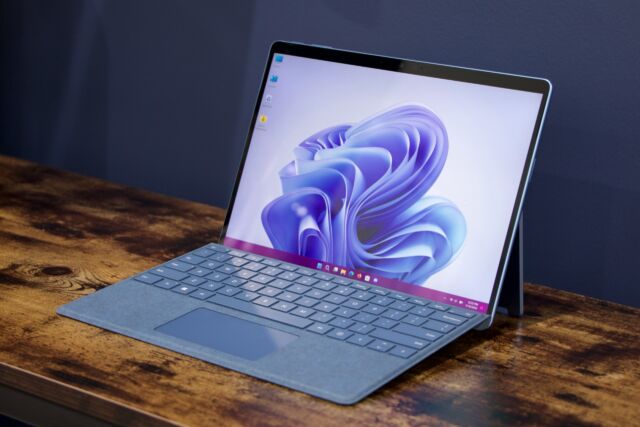 If you want a Windows device that can be both a tablet and laptop, the Surface Pro 9 is the best to do that job, after more than nine hardware revisions and spin-offs. The crisp 13-inch screen, 12th-generation U-series Intel processor, and the nice feel of the keyboard cover (included with this deal) keep the Surface as the archetype of the portable-but-still-type-friendly laptop computer.

Not a whole bunch changed between the Surface Pro 8 and 9, minus a processor upgrade. If you’re looking for a more affordable entry point into Microsoft’s hybrid, we liked the Pro 8 one year ago, and it’s still a worthy purchase, especially at this discount with a keyboard cover included. Best Buy has the i5 8GB RAM 256GB storage model on sale for $900 with a graphite-colored keyboard cover and 15 months of Microsoft 365 to sweeten the deal. 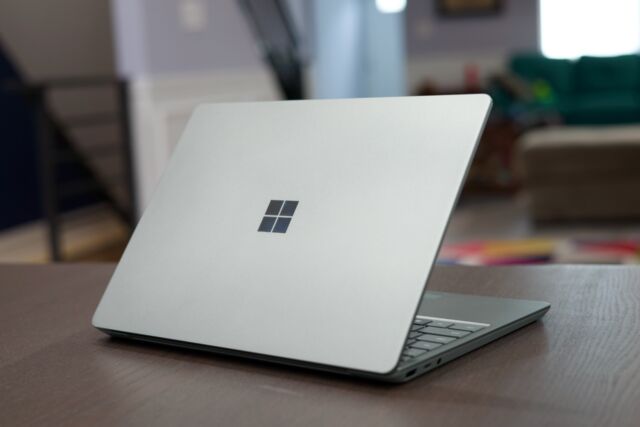 One of the biggest problems we had with the Surface Laptop Go 2 was that its base model with 4GB RAM isn't useful for anybody. The other was that the $700 model, with 8GB RAM and 128GB storage, cost too much. But as we noted in our review, “if you can find it on sale … the Laptop Go 2 is a no-fuss budget laptop that’s worth considering if you can live with its flaws.” 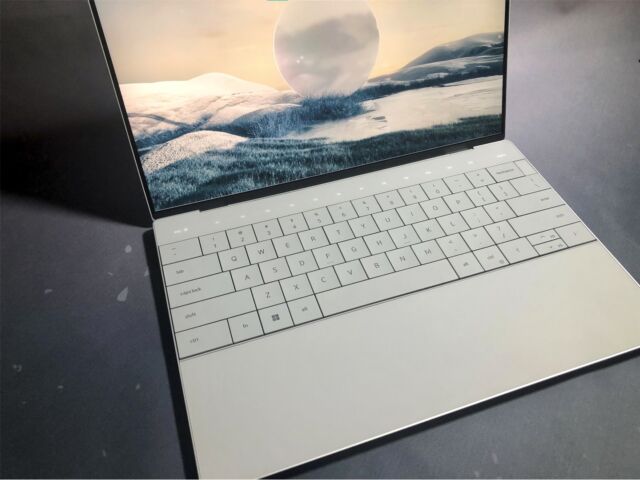 Enlarge / That's not just a spacious deck; it's a massive touchpad.
Scharon Harding

This revamped version of Dell’s long-running ultrabook series made “wild design choices” to support a more powerful 12th-generation Intel CPU. If the most important thing for you in a laptop is performance, this laptop can really cook, and it looks and feels slim and classy. But it gets hot, its keys are tightly spaced, and its port selection is limited. 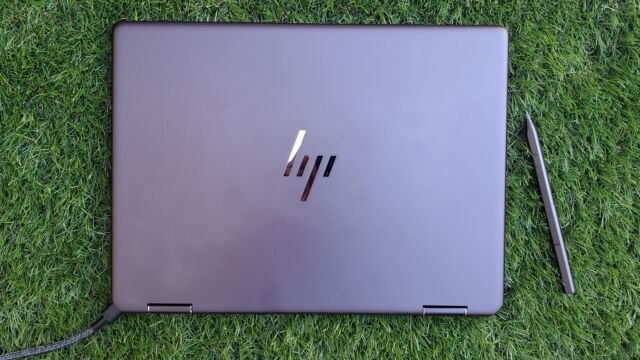 The 13.5-inch Spectre x360 has “a little something for almost everyone,” we wrote in August. It “gets an A+ in looks and scores high (but not perfectly) in design details.” It wasn’t top of its class when compared to other ultralights in its price range, but at this price the Spectre is earning better grades against the curve. 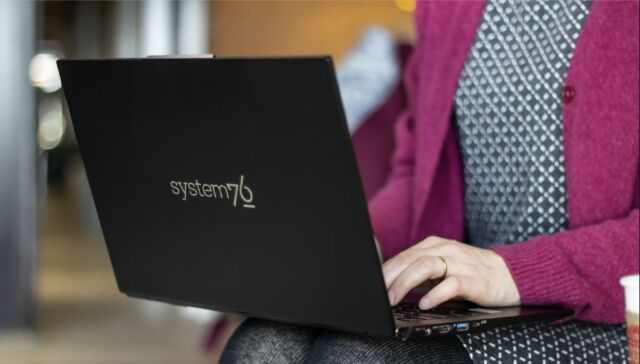 Linux-focused laptop vendors don’t bust out huge sales around Black Friday, or generally much at all. They’ve got other things to focus on than container-ship-scale volume. So when System76 knocks $50 off its redesigned 14” Lemur Pro, the one with the touted 14-hour battery life, it’s worth taking note. You can choose between Pop! OS and Ubuntu 22.04 pre-installed, a whole lot of storage and RAM options, and certain configurations will get free shipping.