source link: https://arstechnica.com/science/2022/09/nasa-makes-the-call-to-protect-its-artemis-i-mission-from-hurricane-ian/
Go to the source link to view the article. You can view the picture content, updated content and better typesetting reading experience. If the link is broken, please click the button below to view the snapshot at that time.

"The decision allows time for employees to address the needs of their families." 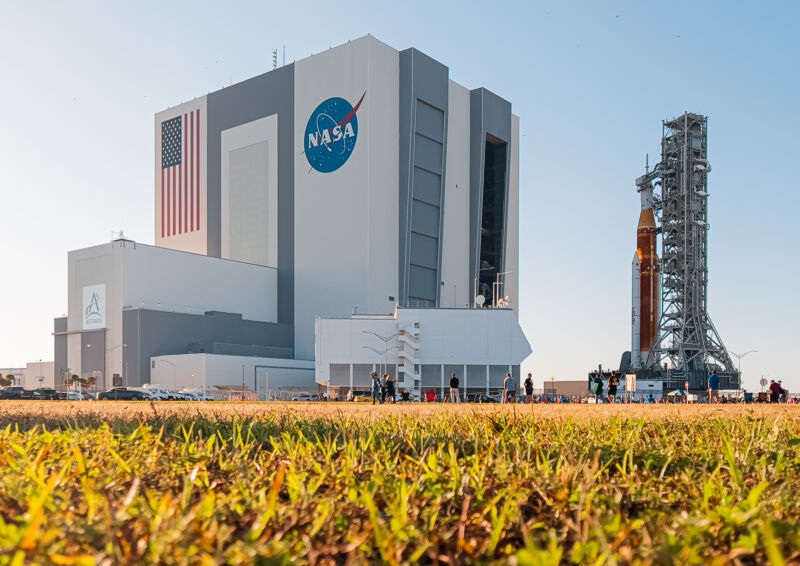 After delaying a final decision for two days, NASA on Monday made the call to roll its massive Space Launch System rocket and Orion spacecraft inside the Vehicle Assembly Building (VAB) at Kennedy Space Center in Florida.

The space agency took this precautionary step as the storm Ian intensified into a hurricane in the Caribbean Sea and remained on track to move into the southeastern Gulf of Mexico on Tuesday.

"Managers met Monday morning and made the decision based on the latest weather predictions associated with Hurricane Ian, after additional data gathered overnight did not show improving expected conditions for the Kennedy Space Center area," NASA said in a blog post. "The decision allows time for employees to address the needs of their families and protect the integrated rocket and spacecraft system."

NASA anticipates that the 10- to 12-hour movement of the Artemis I stack on a crawler will begin at about 11 pm ET on Monday (03:00 UTC on Tuesday). This would allow the vehicle to be snugly inside the towering Vehicle Assembly Building at least a full day before the earliest arrival of tropical storm force winds along the Space Coast.

According to the latest forecast from the National Hurricane Center, there is a 60 percent chance of tropical storm force winds (39 mph or greater) in the vicinity of Kennedy Space Center due to Ian. There is a 6 percent chance of sustained hurricane-force winds, which would likely cause significant damage to the vehicles if they were left on the pad.

NASA had originally planned to make a rollback decision on Saturday but punted it several times to Monday morning in the hope of finding a more benign forecast for Kennedy Space Center that might allow the Artemis I mission to remain at the launch pad. Doing so would have kept open the possibility of launching the uncrewed lunar mission on October 2 before the present launch period closes.

Now that the rocket is returning to the VAB, NASA will need to perform servicing, likely including the delicate work of swapping out batteries for the rocket's flight termination system. NASA has not officially said so, but the rollback all but precludes a launch attempt in October, meaning that the next launch opportunity for the Artemis I mission may not come before November 12.

As it watched Ian in hopes of better weather at Kennedy Space Center, NASA ran out of time. Agency officials had to make a rollback decision on Monday to leave enough time to complete the activity and send its employees home ahead of any potential impacts from Hurricane Ian. 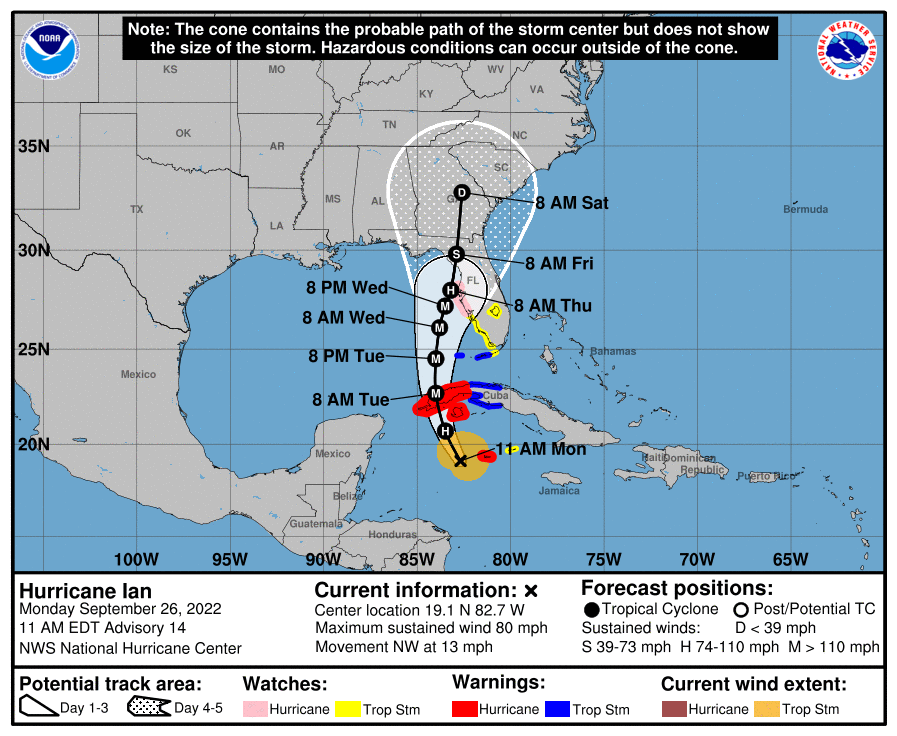 Track forecast for Hurricane Ian as of 11 am ET on Sept. 26.
National Hurricane Center

As of Monday morning, there was increasing agreement in the forecast models that Ian might remain offshore as it nears the western coast of Florida on Wednesday and follow a track parallel to the coast toward the Big Bend area of the state, where the peninsula meets the panhandle. However, there simply was not enough data for forecasters to state definitively that Artemis I would not be threatened.

So NASA chose to protect its $4.1 billion rocket and spacecraft. Even if the track of Ian passes far away, the space center could still be subjected to as much as one foot of rain, strong winds, and tornadoes on the "dirty side" of the storm as it moves inland.