Darth Vader’s voice will be AI-generated from now on

source link: https://arstechnica.com/information-technology/2022/09/james-earl-jones-signed-darth-vader-voice-rights-to-disney-for-ai-use/
Go to the source link to view the article. You can view the picture content, updated content and better typesetting reading experience. If the link is broken, please click the button below to view the snapshot at that time.

Darth Vader’s voice will be AI-generated from now on

Using Respeecher, Vader will live on as a cloned voice effect performed by another actor. 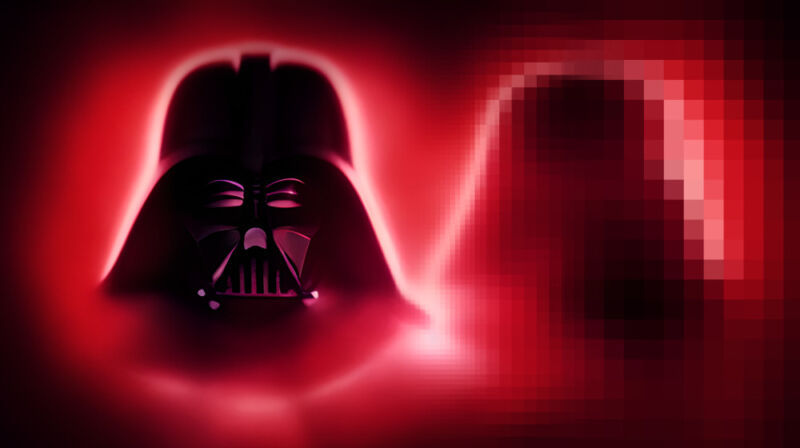 During the creation of the Obi-Wan Kenobi TV series, James Earl Jones signed off on allowing Disney to replicate his vocal performance as Darth Vader in future projects using an AI voice-modeling tool called Respeecher, according to a Vanity Fair report published Friday.

Jones, who is 91, has voiced the iconic Star Wars villain for 45 years, starting with Star Wars: Episode IV—A New Hope in 1977 and concluding with a brief line of dialog in 2019's The Rise of Skywalker. "He had mentioned he was looking into winding down this particular character,” said Matthew Wood, a supervising sound editor at Lucasfilm, during an interview with Vanity Fair. “So how do we move forward?”

The answer was Respeecher, a voice cloning product from a company in Ukraine that uses deep learning to model and replicate human voices in a way that is nearly indistinguishable from the real thing. Previously, Lucasfilm had used Respeecher to clone Mark Hamill's voice for The Mandalorian, and the company thought the same technology would be ideal for a major appearance of Darth Vader that would require dozens of lines of dialog. Working from archival recordings of Jones, Respeecher created a voice model that could be "performed" vocally by another actor using the company's speech-to-speech technology.

Advertisement
A video from Respeecher demonstrating its speech-to-speech technology for transforming voice performances.

During production on the show, Russia began its invasion of Ukraine, posing many harrowing challenges for the Respeecher team, which Vanity Fair covers in its deeply reported piece. Despite the war, Respeecher is reportedly working on other secret projects—quite possibly for Disney—so expect more Darth Vader in the future.

Vader aside, Respeecher is aware that this kind of technology could pose significant security, social engineering, and even copyright problems if anyone can imitate anyone else's voice from recorded samples. In the company's ethics statement, it says that the firm "does not allow any deceptive uses of our technology" and "does not use voices without permission when this could impact the privacy of the subject or their ability to make a living."

But voice cloning technology will not always be limited to Respeecher's labs. The open source world is catching up to it, as we reported earlier this month, with projects like Koe Recast. It's likely only a matter of time before this particularly potent genie leaves the bottle for good. Then we'll all be Darth Vader.