source link: https://arstechnica.com/tech-policy/2022/09/elon-musk-offers-iranians-uncensored-internet-access/
Go to the source link to view the article. You can view the picture content, updated content and better typesetting reading experience. If the link is broken, please click the button below to view the snapshot at that time.

Starllink terminals need to actually make it into Iran for users to benefit. 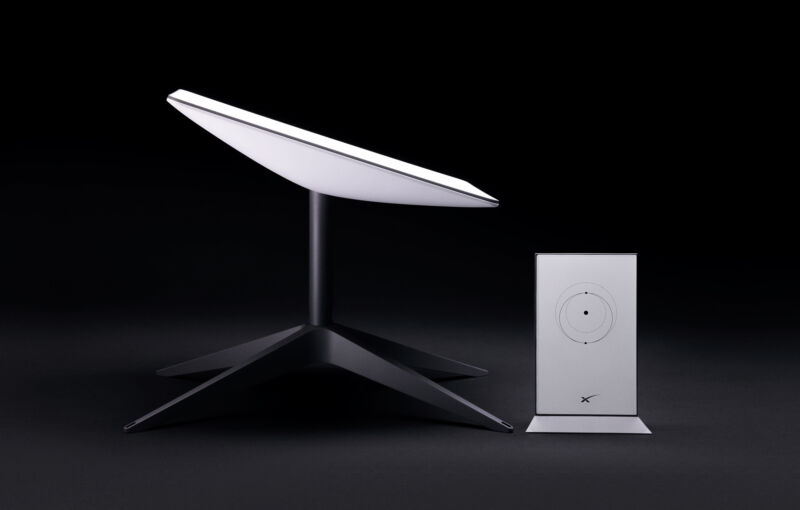 Elon Musk’s Starlink has activated its satellite broadband service in Iran after the US allowed private companies to offer uncensored Internet access to the country amid protests that have caused more than 40 deaths.

The open Internet access follows Starlink’s activation in Ukraine earlier this year as that country’s communication networks were disrupted by Russia’s invasion.

Starlink is the first in a new generation of satellite networks operating in low Earth orbit that are designed to provide high-bandwidth Internet connections from space directly to individual users. Starlink users are able to bypass a country’s terrestrial communications networks, freeing them from Internet censorship.

However, a special terminal is needed to receive a signal from Starlink’s constellation of satellites 500 km above the Earth. The terminals include a 20-inch satellite dish, which is shipped in a package about the size of two pizza boxes stacked on top of each other.

Last week, Musk told the Financial Times that he stood ready to turn on the Starlink service in both Iran and Cuba if US sanctions against doing business in those countries were relaxed.

“Obviously, the Iranian government is not going to approve it,” Musk said of the Starlink service. “It would require somebody actually buying a terminal and smuggling it into Iran, but they’d be taking a risk because the government won’t be pleased with that.”

Forty-one people have died so far in week-long protests that erupted in Iran after the death in detention of a young woman accused of failing to wear the hijab, according to an “unofficial” figure broadcast on state television. Iranian authorities cut access to Instagram and WhatsApp last week before the US Treasury announced the loosened restrictions.

On Sunday, Karim Sadjadpour, a senior fellow at the Carnegie Endowment for International Peace, said on Twitter that Musk had confirmed to him that “Starlink is now activated in Iran.” Musk added that “if anyone can get terminals into Iran, they will work.”

The US state department on Friday relaxed sanctions that had prevented both Internet services and communication networks from operating in Iran.

Under the new guidelines, US technology companies can provide secure platforms and services within Iran without running afoul of restrictions that usually prevent dealings with Iran. They will also allow the export of private satellite Internet equipment, which could include Musk’s Starlink service.

A senior administration official said the National Security Council, Treasury, and other US officials had spoken with Starlink to discuss providing the service in Tehran.

“We encourage all methods of expanding and sustaining Internet access in Iran,” the official said. “We are broadly supportive of the private sector helping Iranians connect and we are taking our own steps to help.”

The US Treasury’s Office of Foreign Assets Control will also prioritize applications for specific licenses or permissions for business related to Internet freedom in Iran.

“If SpaceX were to determine that some activity aimed at Iranians requires a specific license, Ofac would welcome it and prioritize it. By the same token, if SpaceX determines that its activity is already authorized and has any questions, Ofac also welcomes that engagement,” a state department spokesman said.

Former officials said Starlink’s activity in Iran could require additional permissions beyond those that the Treasury and state department issued on Friday.

“What a lot of this was geared towards is for Iranians to get access to the VPNs and things like that, to tunnel out—making sure that platforms are available for them to communicate,” said Brian O’Toole, a non-resident senior fellow at the Atlantic Council who was formerly a senior adviser on sanctions at the US Treasury.

Assuming that smuggling large quantities of Starlink equipment into Iran is not feasible, getting it into the country could require some coordination with Iran. “In broad terms, you can expect anything that has a real intersection with the Iranian government would probably need a specific license,” said O’Toole.

© 2022 The Financial Times Ltd. All rights reserved. Not to be redistributed, copied, or modified in any way.