source link: https://arstechnica.com/gadgets/2022/09/interpol-issues-red-notice-for-crypto-founder-do-kwon/
Go to the source link to view the article. You can view the picture content, updated content and better typesetting reading experience. If the link is broken, please click the button below to view the snapshot at that time. 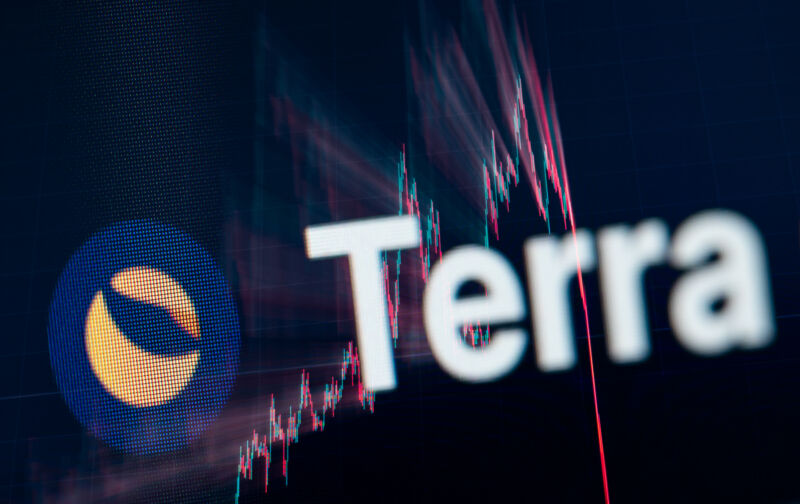 Enlarge / Terra, the "algorithmic stablecoin" designed to stick close to the value of the US dollar, collapsed in May 2022, spurring a wider crypto sell-off.
Getty Images

Do Kwon, the cryptocurrency founder whose tanking Luna and "stablecoin" TerraUSD currencies ushered in a $300 billion crypto crash, is now sought by Interpol following arrest warrants issued earlier this month.

South Korean authorities issued warrants last week for Kwon and five others on September 14, alleging their work on Terraform Labs' crypto products violated the country's trading laws. All six were believed to be located in Singapore at the time. Singapore police believe Kwon is no longer there, according to media reports. Interpol issued a "red notice" recently, asking law enforcement agencies around the world to locate and hold Kwon.

Kwon tweeted three days after the South Korean warrant that he was "not 'on the run' or anything similar" and that he was "in full cooperation and we don't have anything to hide." But he hasn't tweeted publicly in more than a week since.

South Korean prosecutors said the next day that Kwon was "obviously on the run" and not cooperating with their investigation. Prosecution sources told South Korea's Yonhap News Agency that Kwon's attorney told prosecutors that Do Kwon would not appear for questioning. Kwon and Terraform Labs are also under investigation by the US Securities and Exchange Commission.

Do Kwon's firm Terraform Labs raised more than $200 million from established investment firms to build projects based on Luna, a cryptocurrency, and TerraUSD, an "algorithmic stablecoin" pegged to the value of a US dollar. Rather than holding reserves of cash, bonds, or other assets, TerraUSD automatically traded Luna to maintain its peg.

Luna shot to a price of $116 in early 2021. Kwon would eventually acquire $3.5 billion worth of bitcoin for holding in the nonprofit Luna Foundation Guard, designed to shore up Luna and TerraUSD against market volatility.

It didn't work. In early May, Terra's price dropped to mere cents during a rapid sell-off, while Luna crashed from $80 to less than 2 cents. The Luna Foundation Guard sold and distributed nearly all of its 80,000 bitcoins, saving just over 300 to compensate investors. The organization denied claims that it bailed out Luna's largest "whale" investors with the coins, though it never provided evidence of this.

The near-total collapse of the Luna/Terra ecosystem, worth about $40 billion in early May 2022, spurred on a wider $300 billion sell-off and divestment from crypto, though it had already been quietly underway.

Kwon became known as an arrogant, aggressive figure on "crypto Twitter" and in decentralized finance circles. He named his first daughter Luna, after his coin. He frequently mocked and brushed off critics by labeling them "poor," including a British economist who questioned the stability of Terra during a sell-off. After the collapse, Kwon publicly made plans to relaunch Terra as Terra 2.0.

Earlier this month, another Kwon-related crypto coin launched: "JailKwon," a meme coin that claims it will use proceeds to offer education about crypto safety and market analysis. It rose to an all-time high capitalization of more than $300,000 the day Kwon's arrest warrant was issued.