Delta Is Relaunching 8 Transatlantic Routes Next Summer; See the List

source link: https://www.businessinsider.com/delta-relaunching-8-transatlantic-routes-next-summer-see-list-2022-9
Go to the source link to view the article. You can view the picture content, updated content and better typesetting reading experience. If the link is broken, please click the button below to view the snapshot at that time. 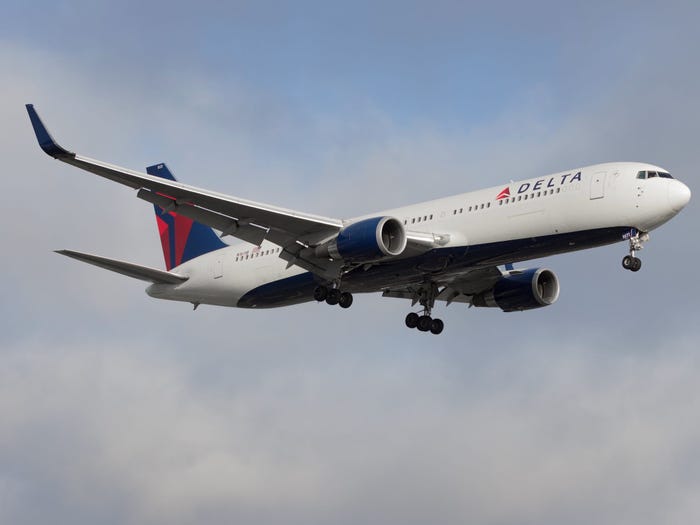 Delta Air Lines is opening another spate of long-haul routes as it continues to revive its transatlantic network.

On Friday, the Atlanta-based carrier announced eight transatlantic routes returning to its network next summer, including one that hasn't flown since 1993.

The update focuses on three of Delta's hub cities, including Los Angeles, Atlanta, and New York, and will increase the carrier's total seats offered by 8% compared to summer 2022.

"With nearly 620 weekly flights and connectivity to 32 destinations in Europe and beyond, customers will have a wealth of iconic destinations to explore and an unmatched journey to enjoy across the pond," Joe Esposito, Delta's senior vice president of network planning, said in a press release.

While Delta's return to Berlin is part of its plan to revive routes lost during the pandemic, the service to both London Gatwick and Geneva are decades in the making, according to the company. The last time the airline flew to Geneva was in 1993 and its last exit from London Gatwick was in 2012.

Delta's return to London Gatwick is particularly special because it was actually the carrier's first-ever transatlantic flight over 40 years ago, which it flew with a Lockheed L-1011 aircraft from Atlanta in 1978, a Delta spokesperson told Insider.

According to Delta, its summer 2023 transatlantic schedule out of New York-JFK will be the largest in its history with over 220 weekly departures to 26 cities.

In addition to New York-JFK, the airline is restarting three other pre-pandemic routes, including between Atlanta and the German cities of Düsseldorf and Stuttgart, and between Los Angeles and Paris.

Two other routes are long-awaited relaunches, including between Atlanta and Edinburgh and Los Angeles and London's Heathrow Airport, which last operated in 2007 and 2015, respectively. Six of the eight routes will be operated using a Boeing 767, while the Paris and London Heathrow flights will use the A330-900neo.

The latest expansion complements the airline's winter 2022 schedule. In July, the airline announced two all-new long-haul routes between Atlanta and Cape Town and Los Angeles and Tahiti, both beginning December 17.

The same day, Delta unveiled its new SkyClub at Tokyo's Haneda Airport, which is the airport's only lounge operated by a US carrier.

The SkyClub's opening came as tourists were slowly allowed back into Japan after over two years of restrictions. At the time, only those on guided tours could visit, but, on Thursday, Prime Minister Fumio Kishida announced that tourists can enjoy independent travel to Japan starting on October 11.

Currently, Delta flies two routes to Tokyo from Detroit, including one to Haneda Airport and one to Narita International Airport. The carrier also flies one route each to Haneda from Atlanta and Seattle, per Cirium data.

Here's a closer look at the airline's eight relaunching routes in summer 2023.

Between New York and Geneva

Delta will start flights between New York and Geneva on April 10 using a Boeing 767-400 aircraft. The carrier will compete with Swiss International Air Lines.

Between New York and London Gatwick

The Tower of London seen from the River Thames. Getty Images

Between New York and Berlin

Delta will start flights between New York and Berlin on May 25 using a Boeing 767-300ER aircraft. The carrier will compete with Norse Atlantic Airways.

Between Atlanta and Düsseldorf

Delta will start thrice weekly flights between Atlanta and Düsseldorf on May 9 using a Boeing 767-300ER aircraft. The carrier will have no competitors.

Between Atlanta and Edinburgh

Delta will start five-times-weekly flights between Atlanta and Edinburgh on May 25 using a Boeing 767-300ER aircraft. The carrier will have no competitors.

Between Atlanta and Stuttgart

Delta will start five-times-weekly flights between Atlanta and Stuttgart on May 26 using a Boeing 767-300ER aircraft. The carrier will have no competitors.

Between Los Angeles and Paris

Delta will start five-times-weekly flights between Los Angeles and Paris on May 8 using an Airbus A330-900neo aircraft. The carrier will compete with Air France and Air Tahiti Nui.

Between Los Angeles and London Heathrow

Delta will start five-times-weekly flights between Los Angeles and London Heathrow on May 25 using an Airbus A330-900neo aircraft. The carrier will compete with American Airlines, British Airways, United Airlines, and Virgin Atlantic.