source link: https://www.businessinsider.com/biden-officials-must-probe-ron-desantis-migrant-abuse-2022-9
Go to the source link to view the article. You can view the picture content, updated content and better typesetting reading experience. If the link is broken, please click the button below to view the snapshot at that time. 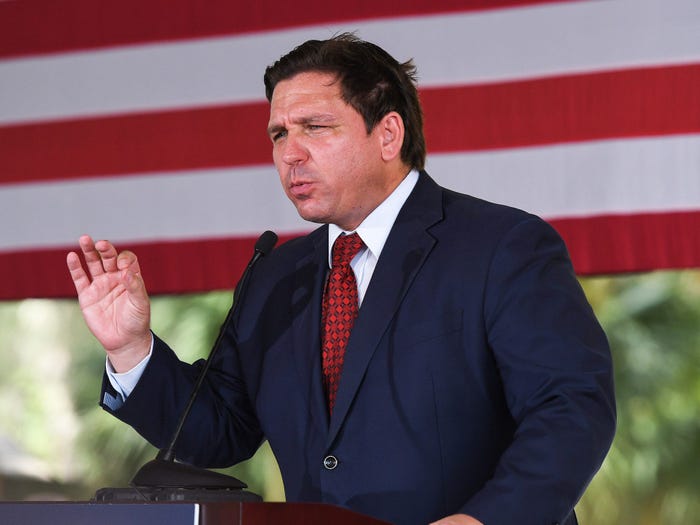 Florida Gov. Ron DeSantis speaks to supporters at a campaign stop on the Keep Florida Free Tour at the Horsepower Ranch in Geneva, Florida. Paul Hennessy/SOPA Images/LightRocket via Getty Images

"I write with grave concern regarding the allegations that the migrants who were flown to Martha's Vineyard on September 14th were coerced to board the flight through false information," Thompson wrote, citing media reports about the disconnect between what the displaced Venezuelans said they were promised while being scooped up in Texas and what happened after they were dumped off the coast of Massachusetts.

Thompson requests "an immediate review" of what the migrants have gone through as part of DeSantis' bid to make immigration policy a deciding factor in the midterm elections.

When asked whether he expects the administration to follow up, Thompson told reporters at the US Capitol, "I think a letter from the chairman … asking for them to review it would be enough."

Massachusetts state representative Dylan Fernandes and state senator Julian Cyr, both of whom represent Martha's Vineyard, implored Garland to investigate the "conduct of all of those involved" a day earlier.

Former Rep. Charlie Crist, who is challenging DeSantis this fall as the Democratic gubernatorial candidate, almost immediately tried to pull Garland into this fight. "Justice needs to be served here," Crist said within hours of the migrants stepping foot on Martha's Vineyard.

Bexar County Sheriff Javier Salazar, and Democrat of Texas, on Monday, announced that he'd opened his own criminal investigation into the matter.