The new Chromecast is official: It’s $30, runs Google TV, and has a remote

source link: https://arstechnica.com/gadgets/2022/09/the-new-chromecast-is-official-its-30-runs-google-tv-and-has-a-remote/
Go to the source link to view the article. You can view the picture content, updated content and better typesetting reading experience. If the link is broken, please click the button below to view the snapshot at that time.

The new Chromecast is official: It’s $30, runs Google TV, and has a remote

The remote and dongle look identical to the 4K version. 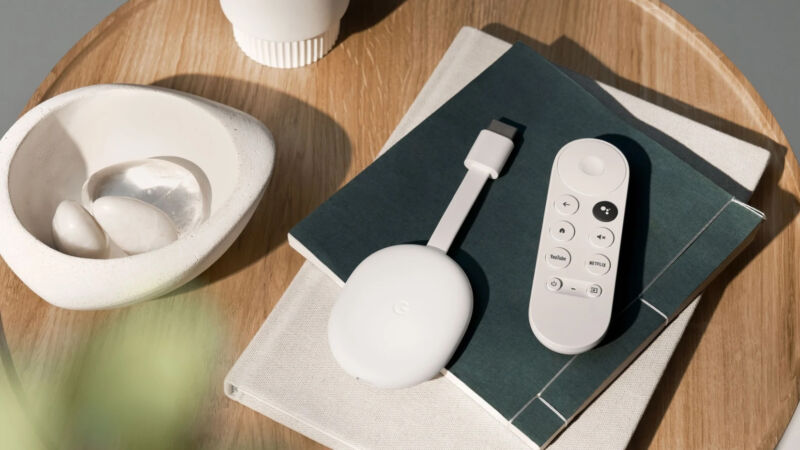 Enlarge / The new HD Chromecast. It only comes in white.
Google

Google's 4-year-old base-model Chromecast is getting a big upgrade. Today, Google made that rumored Google TV pivot official and introduced the "Chromecast with Google TV (HD)." The original 4K, $49.99 version of the Chromecast with Google TV was announced in 2020, and now when you go to check out in the Google Store, there's a "screen resolution" option for "4K" (still $49.99) or the new "HD" version for $29.99.

So that's one store listing with two different sizes, which communicates that these two devices have only minor differences. They look the same, they have the same remote, and they run the same software. Google TV is Google's new version of Android TV and represents a major upgrade in capabilities for the Chromecast. The initial versions were dead-simple streaming sticks that were only able to receive content from a phone and had no UI themselves. The Chromecast with Google TV is a full TV OS, with a home screen, Play Store access, user accounts, and scrolling lists of apps, games, and content. If you aren't interested in any of that, the Google TV still acts exactly like the Chromecast did when you press a Chromecast button in an app. It can still receive a media stream, turn on the TV, and start playing, all without needing to find the remote. 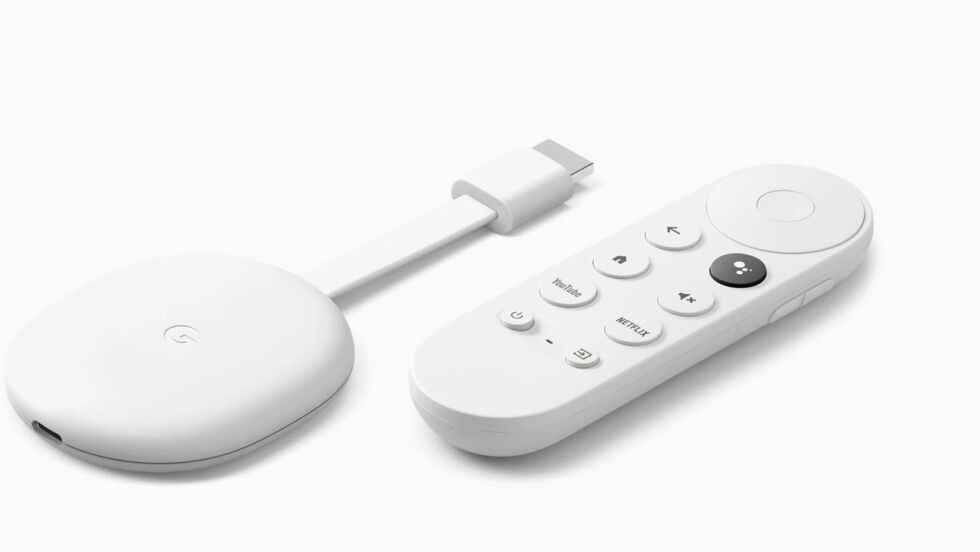 Enlarge / Every angle of this looks just like the 4K version.
Google

Just like the 4K version, the HD Chromecast with Google TV supports 802.11ac (aka Wi-Fi 5) and uses a USB-C port for power. Google hasn't posted a full spec sheet but confirms the dongle only has 1.5GB of RAM, while the 4K version has 2GB. Earlier reports of this indicated that it used an Amlogic S805X2 SoC (12 nm, four Cortex A35 cores), which would give it the interesting wrinkle of supporting Google's new AV1 video codec, something that is missing from the 4K version.

It's hard to expect this to be solved in the cheap version, but storage is a major problem for the Chromecast with Google TV.  This wants to be an Android device, but it only has 8GB of storage, which is nowhere near enough even if you download zero apps. Updates for the packed-in applications can quickly fill up the device, and users constantly have to deal with full storage problems. That's before they even touch the Play Store and the allure of third-party Android games or apps. Hey, Google, how about a quietly updated 4K model with more storage and AV1 support?

Google needed to do this to be competitive with Roku, which sells a similar streaming stick, remote, and OS setup for $30. The old Chromecast couldn't compete with that. The new HD Chromecast is for sale right now on the Google Store.