source link: https://finance.yahoo.com/news/disney-delivers-first-looks-spider-221307730.html
Go to the source link to view the article. You can view the picture content, updated content and better typesetting reading experience. If the link is broken, please click the button below to view the snapshot at that time. 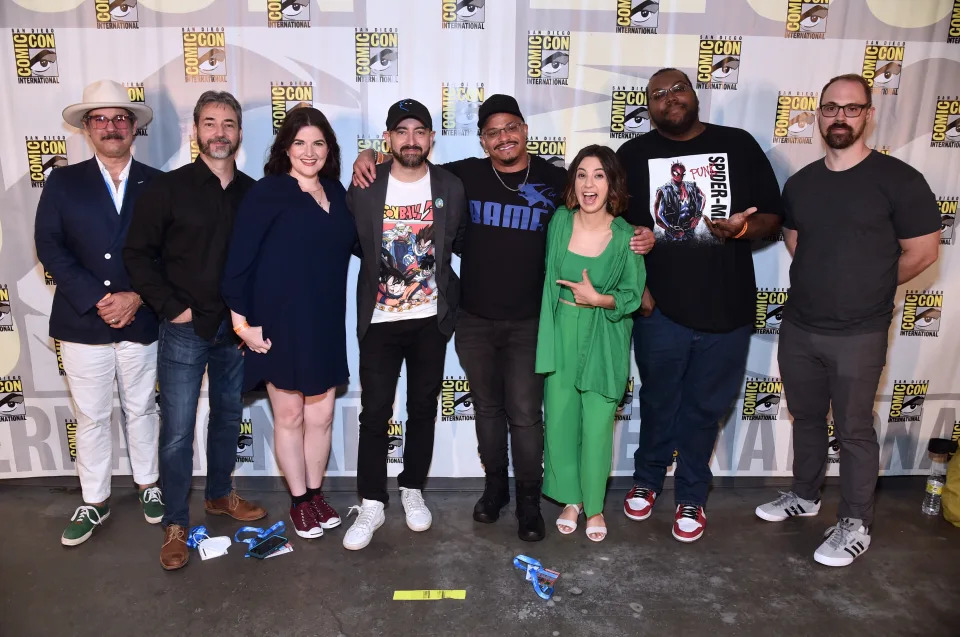 Disney+ made its debut at San Diego Comic-Con 2022 (SDCC) and gave Marvel fans a whole bunch of shows to look forward to. This marked Marvel Studios’ first appearance at the event in three years, and boy did they deliver.

Marvel Studios officially revealed the first looks for all the new original animated series coming to Disney+ on Twitter. “Spider-Man: Freshman Year” is set to premiere in 2024, “X-Men ‘97” will arrive in the fall of 2023, season two of “What If…?” gets released in early 2023, among other announcements like “Marvel Zombies” and the very adorable “I Am Groot” trailer.

Disney+'s animation panel at SDCC highlights the streamer's dedication to animated original series that many subscribers love as well as its commitment to continuing the Marvel franchise.

The studio shared new information about “Spider-Man: Freshman Year," such as the second season being called “Spider-Man: Sophomore Year." There were also reports that the prequel series will have an appearance from Charlie Cox, who plays Daredevil. This makes sense as (spoiler, sorry) the character Matt Murdock was shown in a post-credit scene in “Spider-Man: No Way Home.”

Talk of recognizable villains appearing in the new Spider-Man series was also circling about, such as Dr. Octavius, Chameleon, Speed Demon, Scorpion, Butane the Pyromaniac, Harry Osborn, and Amadeus Cho.

Last year, “What If...?” premiered an episode titled "What If...Zombies?," introducing the zombie concept to the Marvel Cinema Universe. The animated original series “Marvel Zombies” is now official and will explore the undead side of the superheroes. It will premiere exclusively on Disney+. No release date has been announced.

Originally released in 1992, "X-Men: The Animated Series" had 76 episodes before it was canceled in 1997. This new version called "X-Men '97" promises to be a return of the superhero mutants that is sure to fill the hearts of many 90s kids who grew up with the show.