Europe's JUICE Mission Will Answer These Five Mysteries About Jupiter

source link: https://www.slashgear.com/938236/europes-juice-mission-will-answer-these-five-mysteries-about-jupiter/
Go to the source link to view the article. You can view the picture content, updated content and better typesetting reading experience. If the link is broken, please click the button below to view the snapshot at that time.

Europe's JUICE Mission Will Answer These Five Mysteries About Jupiter 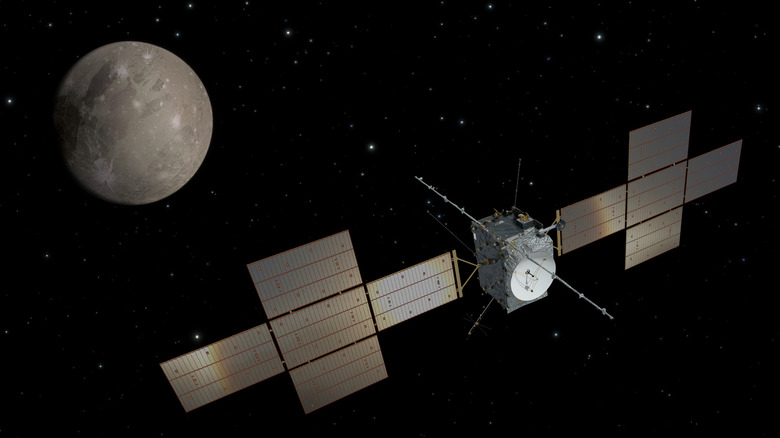 The European Space Agency (ESA) is getting ready to launch its JUICE mission to Jupiter in 2023, and the agency has shared a video outlining some of the key questions that this spacecraft will attempt to answer about this big, beautiful, gas giant world and its many moons.

The first issue JUICE will investigate is what Jupiter's ocean-bearing moons are like. Scientists believe that four of Jupiter's largest moons, Europa, Callisto, Ganymede, and Io, may have liquid water oceans beneath their surfaces (via Scientific American). Even though Jupiter and its moons are far from the sun, and the amount of sunlight they receive is therefore very small, it is possible that oceans could still exist there beneath the moons' icy crusts due to tidal forces. In the gravitational push and pull between these moons and Juptier, heat is generated in the form of friction. This heat could potentially sustain a liquid water ocean.

These moons are very interesting as potentially habitable locations in our solar system, so JUICE will study the three of the large ocean-bearing moons — Ganymede, Callisto, and Europa — to learn more about them.

One of the biggest questions that JUICE aims to answer is whether there was ever life on any of Jupiter's moons, and whether they could be habitable to microbial life. All three of the moons that JUICE will visit could be potential habitats for life, and Juice has been designed to study whether there ever was or could ever be life there (via ESA).

JUICE will have a suite of ten instruments to help it study these environments, including an optical camera, several spectrographs, altimeters, radar, gravity measuring instruments, and more. As well as these issues, two more questions JUICE hopes to answer is how Jupiter's environment has shaped its moons, and how the moons have shaped the planet. Related to this, the mission will also investigate how gas giants like Jupiter form.

There are many aspects of the formation of the solar system that we don't yet understand, and Jupiter is an ideal test laboratory for these questions because of its many moons. By studying the moons, researchers hope to learn more about what conditions were necessary for a planet to form (via ESA).

The JUICE mission is scheduled to launch between 5 April and 25 April 2023 from Europe's Spaceport in French Guiana. It will travel out into the solar system and perform a series of flybys of various planets before arriving at Jupiter in 2031, where it will study both the planet and its moons until 2035.