Microsoft Flight Simulator to get an extended 40th anniversary edition

source link: https://www.techradar.com/news/microsoft-flight-simulator-to-get-an-extended-40th-anniversary-edition
Go to the source link to view the article. You can view the picture content, updated content and better typesetting reading experience. If the link is broken, please click the button below to view the snapshot at that time.

Microsoft Flight Simulator to get an extended 40th anniversary edition

published about 2 hours ago

It will introduce helicopters, gliders and classic aircrafts 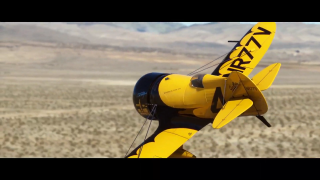 Microsoft is celebrating the 40th anniversary of Microsoft Flight Simulator, the company's longest-running game franchise, with the release of an expanded edition of the game.

This new edition introduces helicopters, gliders and a bunch of classic aircrafts to the game. The world premiere trailer, announcing the new edition, shows the Spirit of Saint Louis monoplane, an Emerald Harbor Air commercial aircraft, an NR77V racing airplane and more. They'll all be available in this new anniversary edition of the game. Check out the trailer, and the aircraft, in action below:

The Microsoft Flight Simulator 40th Anniversary edition will release in November 2022 for Xbox consoles and PC. It'll also be available on Xbox Game Pass on day one.

Vic is TechRadar Gaming's Associate Editor. An award-winning games journalist, Vic brings experience from IGN, Eurogamer and more to the TechRadar table. You may have even heard her on the radio or speaking on a panel. Not only is Vic passionate about games, but she's also an avid mental health advocate who has appeared on both panels and podcasts to discuss mental health awareness. Make sure to follow her on Twitter for more.