Even inventor Bill Bengen is revisiting the 4% rule — is it still the key to mak...

source link: https://finance.yahoo.com/news/even-inventor-bill-bengen-revisiting-143000007.html
Go to the source link to view the article. You can view the picture content, updated content and better typesetting reading experience. If the link is broken, please click the button below to view the snapshot at that time. 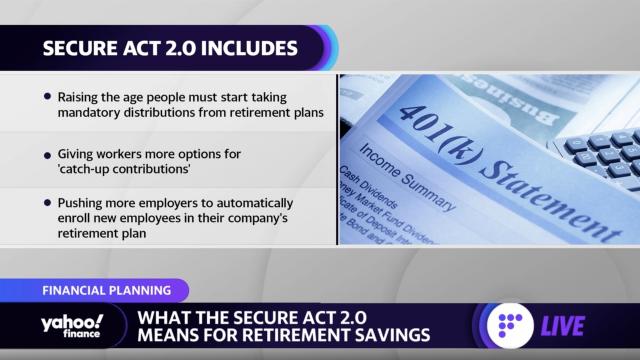 Even inventor Bill Bengen is revisiting the 4% rule — is it still the key to making money last in retirement?

We are often told we need to save as much as we can over 30 or 40 years of work to carry ourselves through retirement.

But once we reach that milestone, how do we ensure those savings won’t run out before we die?

It’s a question that challenges even the brightest financial minds. And while the industry has followed what’s known as the “4% rule” for decades now, some argue it’s not the simple solution its proponents believe it to be.

Morningstar’s 2022 guide to retirement withdrawal rates asked some tough questions of the decades-old theory. A 2021 Morningstar research paper appeared to sound the knell for the 4% rule calling it, “no longer feasible.” and saying a 3.3% withdrawal rate is more realistic.

So what does that mean for your retirement planning and portfolio?

Does the tried and tested formula still hold true in these times of rising prices and stagflation?

Get the latest personal finance news sent straight to your inbox with the MoneyWise newsletter.

The history of this rule

In 1994, financial adviser Bill Bengen published a paper stating that retirees should plan to withdraw 4% of their assets every year, increasing or decreasing that distribution annually based on inflation.

Bengen had studied several decades worth of statistics on retirement and stock and bond returns, asking himself if retirement portfolios from the time he studied could theoretically last up to 50 years.

He found that the answer was generally yes, if retirees withdrew no more than 4% of their assets per year. And in any case they could reasonably expect their funds to last 30 years.

For two decades, the 4% rule served as the rule of thumb for financial planners and retirees in determining their withdrawal rate.