The best action games on Android in 2022

source link: https://www.androidpolice.com/best-action-games/
Go to the source link to view the article. You can view the picture content, updated content and better typesetting reading experience. If the link is broken, please click the button below to view the snapshot at that time.

The best action games on Android in 2022

By Matthew Sholtz Published 2 hours ago

Action games encompass many genres, and these are the best

Some of the best Android games are action games, and action games are often comprised of many genres, leaving us open to exploring some of the best, blood-pumping titles. Whether you're looking for an old-school shooter like Doom, a classic platformer like Castlevania: Symphony of the Night, or feel like digging into the competitive fighting scene in Brawlhalla, no matter what, today's list should cover your needs. So let's dig in and explore precisely what kind of action games Android has to offer!

There's little need to introduce DOOM. This is indeed the classic game, updated for modern devices as it was rebuilt using Unity. You can even play using your own WADs, and the game even supports 60FPS gameplay for smooth operation.

Heck, even keyboards and controllers are supported. You can play the Android version just about anywhere you like, using the control methods you prefer, whether you're on the go with an Android phone or want to sit down for a long session on your Chromebook. So if you're looking for some sweet classic shooter action, DOOM is a great choice.

Sure, there are plenty of classic action games on Android, but what if you're looking for something new? If you're a fan of rhythm games, then Rhythm Fighter is a newer release that should be on your radar. This title combines rhythm gameplay with a sidescrolling beat 'em up, and it's a hoot. All the moves expected from a brawling game are here, so you'll kick and punch your way to victory, all to the beat of some fantastic music.

Best of all, Rhythm Fighter is a premium release, which means you can purchase the whole thing for a singular price. So, if you have $3 to spare and are looking to dive into a unique title that is fairly new and offers skill-based gameplay, this one's for you. 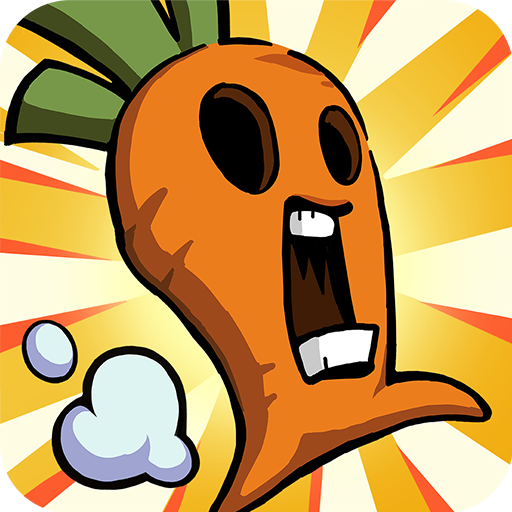 Castlevania: Symphony of the Night

Metroidvania fans should recognize this one. Castlevania: Symphony of the Night is the game where the term Metroidvania came to life. The word describes a game that offers classic Castlevania platforming and the backtracking the Metroid series is known for, hence, Metroidvania. More or less, this is a 2D platforming game where you'll work your way through the world, defeating foes as you uncover useful tools that help you progress while also coming in clutch when taking down bosses.

Castlevania: Symphony of the Night is considered a classic for a reason, and you can pick up the Android port for $3, which is about as cheap as this game gets. If you've yet to play the classic or are simply looking for an enjoyable revisit, I can certainly vouch that this is one of the best action games on the platform. Don't miss out!

This is a competitive game that plays a heck of a lot like Super Smash Bros. Players fight it out in stages that contain platforms, hopping around as multiple people duke it out. While I'm sure Smash Bros. fans would scoff at calling Brawlhalla a clone, that's essentially what it is. Even though it's free to play, it's balanced well, making for an enjoyable platform-based fighter.

Sure, free-to-play means the game is heavily monetized, but luckily it's all cosmetics, which means nobody can pay for an advantage. Plus, the game supports cross-platform play, which means you can jump on your phone to play with friends across consoles and PC. Not bad for a Smash clone, eh?

Over the years, we've seen many indie roguelikes land on the platform, and many of them are great in their own rights, but one title stands above the rest, and that's Dead Cells. It plays like a Metroidvania title while also offering roguelike mechanics, and yes, you'll die often, but that's part of the fun. You'll slowly make progression as you unlock new abilities and weapons, and since the game is procedurally generated, each run is fresh.

The controls are tight, and even if you're not a fan of touch controls, there's controller support (my preferred way to play). Plus, the game supports high framerates and can hold them stable with a beefy device, which means this is a game you can play at blazing-fast framerates, which sure pairs well with a corded controller for minimum latency. Best of all, the game is still seeing updates with new content, which is pretty crazy for a title originally released in 2017.

The Five Nights at Freddy's is pretty popular with kids, but it's a solid game for anyone into jump-scare-filled horror games. Sure, the series is growing long in the tooth, with this title landing on Android in 2014, but it sure holds up and is still actively updated. As for the gameplay, it's your job to run security at a pizza parlor containing many animatronics (much like Chuck E. Cheese). Of course, these animatronics come to life, looking to murder, so you'll have to utilize your office's camera system to stay abreast of the killer robots. Can you survive the night?

If you're not sure how to start with this series, we have a handy guide to prep you for your adventure. The best place to start is, of course, with the first game in the series (this very listing), and you can pick it up for $3, which is pretty cheap for a game that should ideally last most players 3 hours to complete.

From Minecraft to Terraria, there are plenty of survival games on Android, and if you're not interested in ports, Radiation Island is a great place to start. This is an open-world game, where you'll explore as you gather to then craft, so you're equipped to take on enemies. Your goal is to escape the island to get back to the real world, but this will take some effort, as this is a survival game, after all, and it's challenging to survive, that's for sure.

For a game released in 2017, the graphics are gorgeous, making the exploration aspects that much more appealing. This is a premium release, and you can snag a copy for $3 without the worry of in-app purchases or annoying ads. Plus, the game supports controllers, making it a perfect title for tablets and Chromebooks.

Last but not least is Call of Duty Mobile. This is easily the most popular shooter on Android, offering tons of familiar maps for veterans of the series, all in bite-sized form. It's Call of Duty for on-the-go-play, and Activision nailed it, for the most part. Sure, the drop rates aren't great, which pushes people towards the Battle Pass. However, it's not like you need the pass to play a few rounds with friends, which is precisely where this shooter shines.

Yes, the game is free-to-play, but don't let that stop you from taking it for a spin, as this exciting shooter offers familiar and fun action. Just be mindful that it's incredibly easy to drop tons of money on new cosmetics, and you should be fine.

That's the end of today's roundup, but this is only the start, as the list will grow as it's updated with new listings. So if there's an Android game you'd love to see added to our action game roundup, sound off in the comments below. Also, if you're looking for more games, AP has an entire catalog of roundups that cover multiple genres, and you can get to them through our best Android games list. Until the next update, enjoy!

Matthew is a furious nitpicker and something of a (albeit amusing) curmudgeon. A person who holds an oddly deep interest in Android and advancing the state of gaming on the platform. Some may say a ridiculous task, but it is one he is willing to take on from the comfort of his armchair.